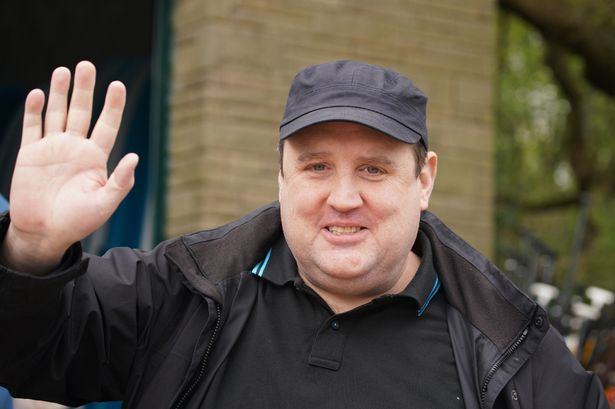 After Peter Kay posted a teaser on social media about his appearance on Sarah Cox’s show on Radio 2, he has left his followers with the expectation that he will make a “big announcement.”

Last Friday, at the first performance of his 110-show tour, the comedian from Bolton, who is 49 years old, showed clear signs of being upset. Yesterday, he praised the people who came to his first few gigs at the AO Arena in Manchester and hinted that his fans may look forward to hearing more from him in the not-too-distant future in a tweet that he sent on Twitter.

Peter wrote: “I’d like to say a huge thank you to everyone who came to the first shows in Manchester. It was incredible to be a part of such a happy experience.

“Everybody deserves a bit of joy. Here’s to a lot more in the shows to come!! P.S. big announcement Thursday on Sara Cox Drivetime Show just after 6pm.”

Over 16,000 people have liked the tweet, while many others commented that they’ve struggled to get tickets for Peter’s tour.

In 2023, the comedian is scheduled to perform at the First Direct Arena in Leeds, in addition to upcoming appearances in Birmingham and Sheffield, as well as a monthly residency at the O2 in London. The cities of Liverpool, Belfast, Newcastle, Glasgow, and Dublin are among others

It has been promoted that Peter’s upcoming tour will be his first in 12 years. This comes after Peter’s tour in 2010 became the most selling comedy tour in the history of the UK.

During the series launch of ITV’s I’m A Celebrity…, there was a commercial break, and the comic made the announcement that he would be returning to the stage. Get Me Out Of Here.

Peter shared his thoughts by saying, “It feels nice to get back to what I enjoy doing the most, which is stand-up comedy. If there was ever a moment when people needed a chuckle, it’s now.”

“And with the cost of living at an all-time high, ticket prices are starting from £35 – the same price they were on my previous tour in 2010.”

Tickets for Peter Kay’s tour are available from his official website  and Ticketmaster.