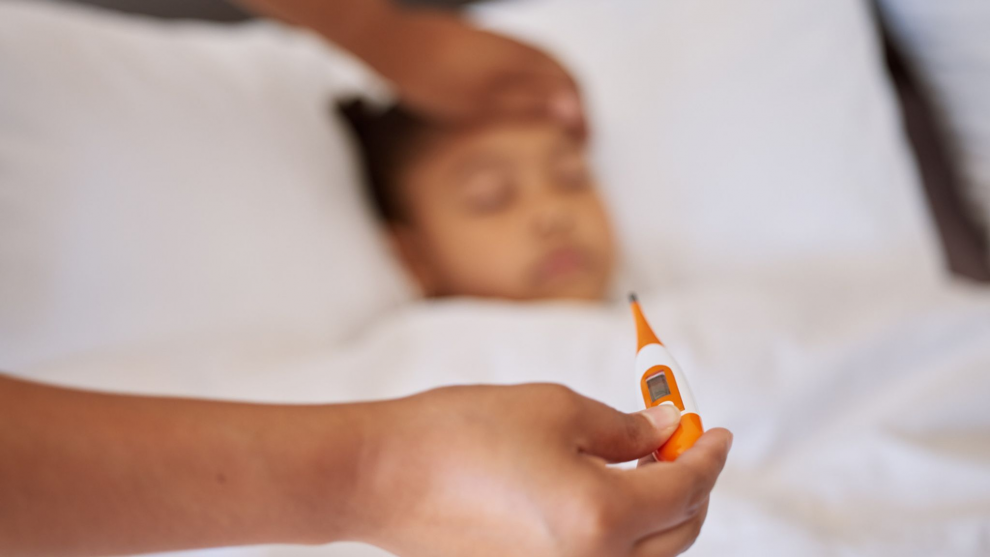 According to reports, seven kids have now passed away as a result of getting Strep A. According to The Guardian, a 12-year-old London youngster died after getting the virus in an aggressive form.

The Year 8 student whose death was reported on Saturday would be the seventh person to have died so far this year, according to the UK Health Security Agency (UKHSA), which stated six children under 10 had had passed away by Friday.

Muhammad Ibrahim Ali, a 4-year-old from Buckinghamshire, died in an ambulance on his way to the hospital, and Hanna Roap, a 7-year-old from Penarth, died after returning home from school with a cough.

Following an outbreak of the same sickness at a Surrey school last week, a six-year-old died.

The father of a 4-year-old child with a Strep infection who is on a ventilator She was referred to as “the poorest girl in all of England,” according to an infection.

Since being admitted to Liverpool’s Alder Hey Children’s Hospital, Camila Rose Burns has been “fighting for her life” and her family has been “living in an awful nightmare,” according to her father.

Camila went from dancing on Friday night with her pals to feeling “a little bit under the weather on Saturday” and needing emergency care on Monday, according to Dean Burns, whose daughter’s condition deteriorated over the previous weekend.

Following the deaths of six young infants and an increase in cases, health professionals are looking into Strep A infections.

Five children under the age of 10 have died in England since September as a result of rare invasive Group A strep, according to the UK Health Security Agency (UKHSA).

When we arrived here on Monday, they claimed she was the poorest youngster in all of England, according to Mr. Burns of Bolton, who spoke to Sky News.

She’s essentially a different person now that she went from partying on Friday night with her friends to feeling a touch under the weather on Saturday to feeling more worse on Sunday.

Camila mentioned that her chest hurt while an illness bug was spreading around her school, according to Mr. Burns.

Camila was transported to the hospital last Saturday, where she was given an inhaler prescription and told she could go home; but, a day later, her health took a turn for the worse.

As Mr. Burns stated to Sky News, “She just changed entirely. She was fidgety.

Camila required life-saving assistance after being transported back to the hospital.

We had to leave the room after shouting some nurses down, according to Mr. Burns. She was put to sleep, and a ventilator has been keeping her alive ever since.

It is the worst thing that could possibly occur to someone.

Group The strep bacteria can result in a wide variety of infections, from minor illnesses to fatal disorders.

Scarlet fever, strep throat, and the skin condition impetigo are among the ailments.

Even while the vast majority of infections are rather minor, the bacteria can occasionally result in invasive Group A Streptococcal disease, a potentially fatal condition.

Data from the UKHSA show that this year in England, there have been 2.3 instances of invasive disease per 100,000 children ages one to four, as opposed to an average of 0.5 during the pre-pandemic seasons (2017 to 2019).

Looking at the five fatalities in England, the last significant outbreak of Strep A infection resulted in four fatalities during a comparable time span in 2017–18.

Investigations are also ongoing, according to the UKHSA, after reports surfaced of an upsurge in lower respiratory tract Group A Strep infections in kids over the past several weeks that have led to serious sickness.

It stated that there is no proof that a new strain is spreading and that social mixing and the abundance of circulating bacteria are most likely to blame for the increases.

When reflecting on the incident, Mr. Burns, who believes parents should intervene swiftly if they notice their child is ill, said: “It still just appeared like an illness bug. She was occasionally incredibly sluggish, but her health was getting better until she fully changed.

Health officials advise parents to call NHS 111 or their GP if their kid is dehydrated or showing other symptoms of illness, is eating or drinking less than usual, has had a dry diaper for at least 12 hours, or is growing worse.

A child who is overly worn out or agitated is another caution sign.

Parents should phone 999 or go to A&E if their kid is floppy and unresponsive, has blue skin, lips, or tongue, is having trouble breathing (by making grunting noises or sucking their stomach in under their ribcage), pauses in breathing, or has any of these symptoms.

In the same period from 2017 to 2018, when Group A Strep infections were at their peak, four children under the age of 10 died.