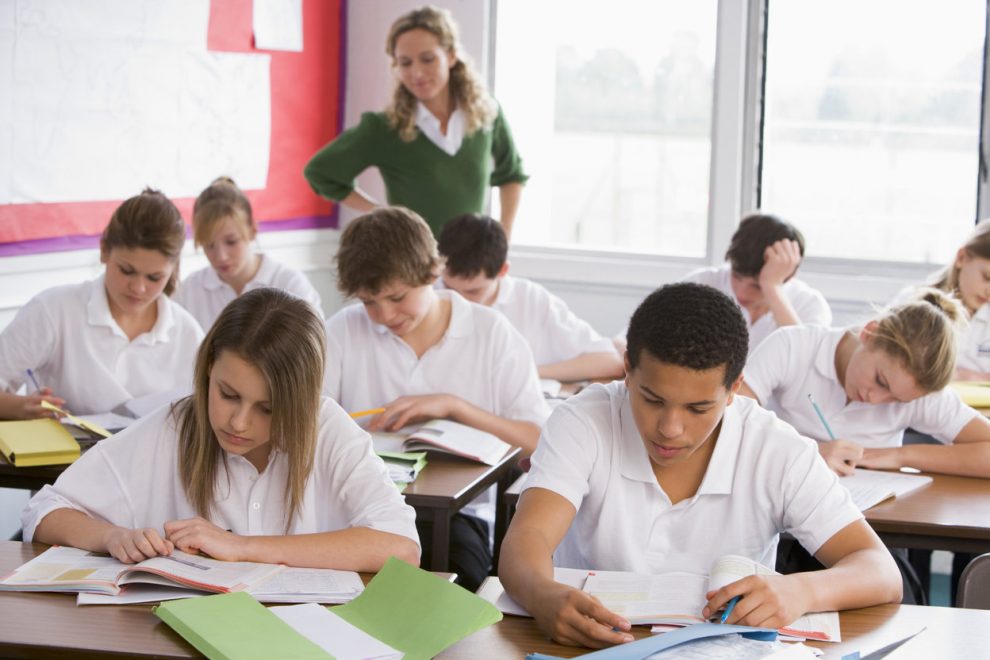 THE SCHOOL leaders’ union NAHT Cyrmu, which represents leaders in the majority of schools in Wales, today (Mon 16 Jan) announced the results of its formal industrial action ballot on pay and funding, which began on Friday 11 November and closed on Wednesday 11 January.

NAHT Cyrmu says that the ballot results show an exceptionally strong appetite for taking industrial action, with 95% voting ‘Yes’ to action short of strike (ASOS) and 75% voting ‘Yes’ to strike, with a turnout of 55% of the union’s membership.

Paul Whiteman, NAHT general secretary, told The Pembrokeshire Herald: “The results of this ballot are unprecedented, and reflect the sheer strength of feeling among school leaders in Wales that the system is broken. They feel they have no choice but to stand up and fight for themselves and for the children and staff in their schools.

“School leaders are relentlessly reasonable people and they have held their schools together throughout a decade of underfunding of education, eroded salaries, and a pandemic. But our members are telling me now that they cannot continue to run their schools in the current circumstances.

“Insufficient pay has caused a severe recruitment and retention crisis, and the lack of resources, funding, services and staff means that the education and support that can be given to pupils is suffering as a consequence. School leaders are doing their best with what little they have, but with their own salaries expected to be worth as much as 22% less this year than in 2010, many are reaching breaking point.

“No school leaders would take industrial action lightly and we will now return to our National Executive Committee to agree what the action voted for will look like and when it will take place. But this is a huge wake up call for Local Authority employers and the Welsh Government. For school leaders to be driven to voting to strike means things have gone very wrong indeed. They urgently need to listen to our members’ concerns and to take action to avoid the consequences of the industrial action to come.”

Commenting, Welsh Conservative Shadow Education Minister, Laura Anne Jones MS said: “I am very disappointed to see that teachers will now be striking, along with nurses and other public sector workers, as a direct result of the Labour Government’s failure to support our schools, in Wales.

“The Labour Government receives £1.20 for every £1 spent in England for education and makes the political choice to waste hundreds of millions on vanity projects, so there is money available to address these longstanding issues and avert the strikes.

“Education is devolved in Wales, the levers are in Labour’s hands. The Education Minister needs to get around the table and outline how he plans to better support our hardworking teachers.”

Laura Doel, director of NAHT Cymru, said: “The continuous education reform agenda, issues with recruitment and retention, and the repeated underfunding of schools has left our education system at breakpoint. Our leaders are being asked to do more with less, schools are losing staff, and those left are struggling to keep up with the demands of the job.

“This result should act as a wake-up call to the Welsh Government that their ambitious reform agenda is endangering the education of learners across Wales. Our focus must be on delivering the new curriculum and ALN legislation and any vanity projects, like reforming the school day/year for example, need to be kicked into the long grass. An urgent review of the middle tier, its funding and its value must also form part of the discussion.

“The Local Authority employers need to either realise the plight of schools and work with us to address the issues or sit on the side-lines while we address the burdens placed on the system with the government and fight to free up the much-needed funds to enable our schools to run properly.

“We need to invest in education where it offers the most value for our learners, and that’s in the workforce. It is only with highly skilled, quality teachers and teaching assistants in our classrooms, and strong leaders in our schools, that we can deliver for our children.”

School leaders in England also voted strongly for action in a separate ballot, but the legal requirement for turnout was not met. 87% voted ‘Yes’ to action short of strike (ASOS) and 64% voted ‘Yes’ to strike, with votes counted for 42% of the union’s membership – short of the 50% needed.

Mr Whiteman said the union is considering re-running the industrial action ballot in England due to concern that the democratic process has been compromised, saying:

“It is incredibly frustrating that anti-trade union and anti-democratic legislation compelled us to conduct the ballot by post during a period in which the management of the Royal Mail refused to take action to ameliorate the disruption to the postal service.”

In the final week of the ballot, NAHT surveyed those that had recently requested a ballot paper and 73% of respondents said they had still not received one.

Mr Whiteman continued: “It is my first priority that we conduct ourselves as a truly democratic union, which means every member’s vote must be counted. If our members feel that they have not had the chance to be heard during this ballot, it may be that we have no option but to start again. The National Executive Committee will meet this week to establish our next steps.”

Speaking in the Welsh Parliament on Wednesday (11 Jan), the Mid and West Wales member suggested a legal minimum service level should instead be applied to government ministers, “because the current lot are dangerously incompetent.”

Answering for the Welsh Government, counsel general and minister for the constitution, Mick Antoniw, welcomed the idea – and noted Labour Leader Keir Starmer’s commitment to ban second jobs for MPs. “Maybe that’ll ensure that our MPs are working fully for the interests on which they actually have been elected,” he said.

Joyce Watson MS said: “They’re going further than Thatcher did when she tried to destroy the miners’ union; this lot are trying to destroy all the public sector unions.

“Perhaps we could have a legal minimum safety and service level applied to the UK Government, because the current lot are dangerously incompetent. Only an exhausted party out of ideas could think that a good way to solve labour shortages and low morale in Britain’s key public services is to sack workers who strike for better pay and conditions. Who do they think would replace those workers?

“They created an economic crisis with Liz Truss—I don’t know if you can remember her. She crashed the economy, and now they’re trying to crush the workers’ right to strike. It’s an absolute affront.”