WALES star Ben Davies surprised pupils from Ysgol Gynradd Penrhyn-coch and Ysgol Gyfun Penweddig on the eve of the start of the European Championships.

On Thursday, June 10, pupils from received the unexpected Zoom call all the way from Baku, capital city of Azerbaijan.

After the initial shock of seeing the live image of Ben appear on the screen in front of them, Pupils from Year 3 to Year 6 of Ysgol Penrhyn-coch and Year 7 puplis of Ysgol Penweddig were given the opportunity to interview Ben.

The interview, which was organised as part of the Ceredigion Welsh Language Charter, was conducted through the medium of Welsh.

It was clear from the big grins that all the pupils enjoyed this special experience considerably and one that will be well remembered. The passion from the children was an indicator of the strong support there is for Ben and the rest of the Welsh team in Ceredigion.

None of the pupils knew about the interview beforehand. The only clue given by the schools that something was happening was that pupils were all told to wear red to school on Thursday.

Liwsi Curley, a pupil of Ysgol Penrhyn-coch said: “I’m in shock to see one of my heroes live on zoom! It’s been a special experience and one of the happiest experiences of my life. Thank you very much Ben Davies. Go for it Wales!”

Ben answered many of the puplis questions. Twm Aron Williams and Caio Brychan, puplis of Ysgol Penrhyncoch, who are big fans of Ben were two of those lucky pupils. Caio asked Ben: “If you could choose a five-a-side football fantasy team who would be in it?” After answering, Ben asked the same question back to Caio, who answered immediately with: “You and then Bale, Ramsey, Moore and Henesey!”

Dr Rhodri Thomas, Headteacher of Ysgol Penweddig said: “It was pleasing to see the response of year 7 pupils to the session with Ben Davies today.

“The pupils appreciated the opportunity to find out more about the experience of representing your country and the importance of practising, hard work and following advice from others in order to succeed.

“Year 7 pupils are excited now and look forward to supporting Wales in the competition over the Next few weeks. Good luck to the team in Rome and Baku!”

Finley Saycell, a Year 7 pupil of Ysgol Penweddig said: “Today’s experience was a special one. I thank everyone who had given us the opportunity. It was excellent. I spoke to Ben Davies – one of Wales’s best players!”

Following the interview, Ben Davies said: “It was lovely to speak to the children and see the support that there is for us – WOW!” 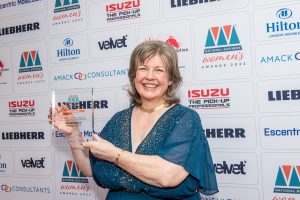