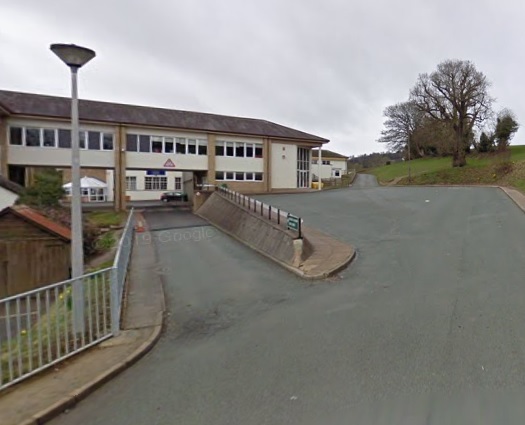 FEARS have emerged that children will be lost to Ysgol Bro Caereinion in Llanfair Caereinion, as feeder primary schools could move to other secondary school catchment areas.

Traditionally, both Meifod  and Newtown’s Dafydd Llwyd primary schools have been part of the Llanfair Caereinion catchment area.

But Meifod want to join Llanfyllin catchment area, while pupils from Dafydd Llwyd could go to Llanidloes.

Changes to school catchment areas were discussed at a meeting of Powys County Council’s Learning and Skills scrutiny committee on Wednesday, January 18, following a review and consultation last year.

The changes would help inform people which school their children should attend.

“The governing body have written to the head and director of education requesting that Meifod move catchments to Ysgol Llanfyllin.

“I’ve got no choice but to go with their request.”

Cllr Gareth Jones is the Powys county councillor for the town and is also chairman of governors at Ysgol Bro Caereinion.

Cllr Jones said:   “We’ve had many conversations with the governing body of Meifod, this is something that has organically happened over the years.

“It is disappointing, but Bro Caereinion has accepted this.”

Cllr Jones anted the Castle Caerenion area looked at again, as children from that village are now expected to go to school in Berriew.

Moving on to Dafydd Llwyd, Ms Orells said: “Historically when it opened Dafydd Llwyd always fed Caereinion, but organically, probably because of the road, more and more pupils are applying to go to Llanidloes which is also a dual stream school.”

Ms Orrells recommended that Dafydd Llwyd is “given priority” in the council’s school transformation process.

This is to settle the issue of which secondary school pupils are supposed to attend, to continue their education through Welsh.

“You may think this is a cop out, but I think it’s the best way,” said Ms Orrells.

Cllr Jones: “I do think it’s a cop out, it would have been great to have this school in the Bro Caereinion catchment area,
“The whole reason the school was set up was to go along the Welsh continuum.”

“We need Powys’s help to make Bro Caereinion work, but we can’t do it without the pupils.”

It is expected that the school would eventually move from being dual stream to Welsh medium school.

The changes to the catchment areas will go to a future meeting of the Powys cabinet with recommendations from the committee included in the report.

If agreed the changes will come into force in September 2024.