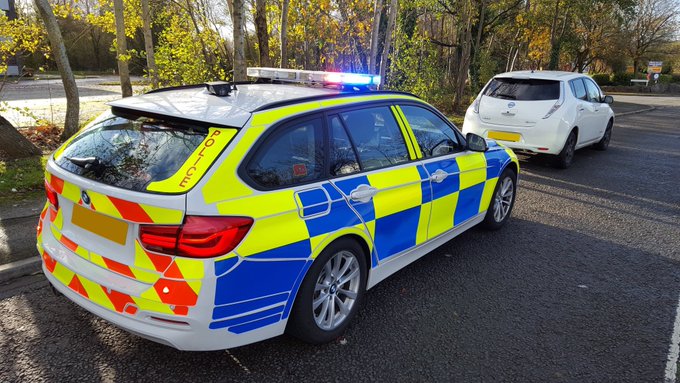 THIRTY-TWO people have been arrested during an operation equipping frontline officers in Aberystwyth with specialist kits to test for drug drivers.

Dyfed-Powys Police has undertaken a two-month trial which saw drug swipe kits given to response officers allowing them to test drivers for traces of drugs at collisions and during intelligence-led vehicle stops.

These kits have until now been used by roads policing units, but the aim of this trial is to extend roadside testing to identify and prosecute drug drivers, which in turn will increase road safety.

Operation Madron has so far seen 25 arrests for drug driving, and five for drink driving.

Two men were arrested during stop searches – one on suspicion of possessing class A drugs with intent to supply, and another who is believed to be linked to a London-based organised crime gang.

Ceredigion Superintendent Ross Evans said: “We are concerned at the number of drivers being arrested in the county while under the influence of drugs.

“We are working hard to deter this type of crime, and by issuing these kits to local officers we are making a concentrated effort to locate and test drivers we suspect are driving illegally.

“Any drivers that are caught will be prosecuted.

“I can reassure the public that we are taking this issue seriously and I encourage anyone with information or concerns to contact us.”

There have been 86 stop searches during the operation, resulting in cocaine, cannabis and herbal cannabis with a street value of over £1,000 seized. An axe was also found, and a stolen motorbike recovered.

Sergeant Adam Hodgkinson who led the operation said: “We are also working hard to try and break the cycle of reoffending and in an effort to help the people identified as experiencing drugs issues six people have been referred to the diversionary scheme to speak with a support worker, and three others have been referred to the Dyfed Drug and Alcohol Service following positive drug tests on arrest for class A substances.”

The trial has given selected officers the advantage to deal with drug drivers with the required tools and training. Officers having access to the kits have enhanced opportunities to tackle the Chief Constable’s priorities, particularly in relation to making the Dyfed-Powys area a hostile environment for drugs.