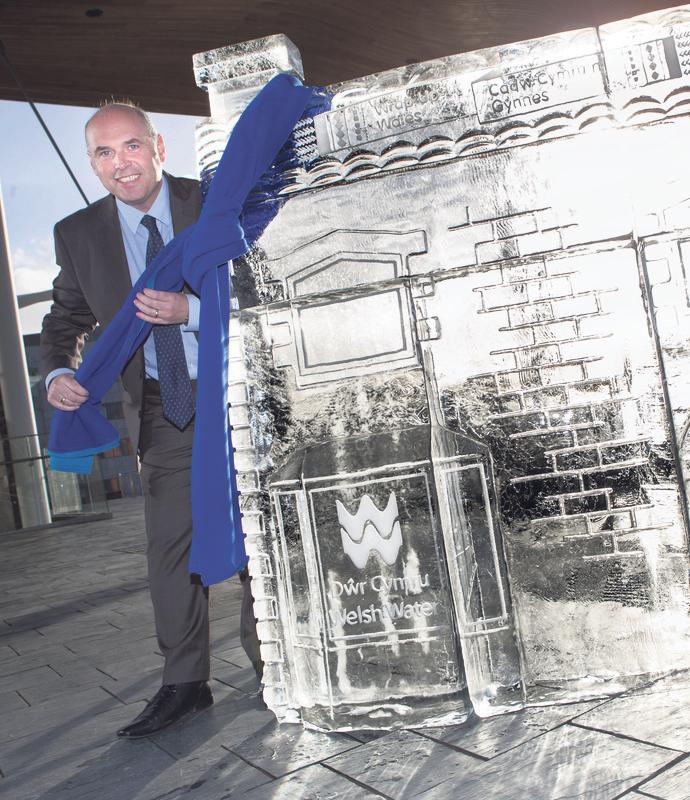 WITH the winter now here, local Assembly Member Paul Davies is supporting Dwr Cymru Welsh Water’s ‘Wrap Up Wales’ campaign, which urges customers to make sure that the water pipes in their homes are protected to avoid the disruption and expense frozen pipes can cause. The company is urging people to spend a few moments to protect their pipes from bursting and causing damage that can run into thousands of pounds. The problem is usually linked to pipes that are exposed to very low temperatures, such as those in garages and outhouses.

These expand when it freezes, causing a burst when they thaw and a repair is then urgently needed. Recent research by Consumer Council for Water found that only 46 per cent of water customers took steps to avoid frozen pipes. It also found that people aged 24 to 35 are most at risk of not being properly prepared. According to the Association of British Insurers (ABI), severe cold weather experienced during the winter of 2010 saw around 3,500 calls a day being made to insurers to report frozen pipes at its peak.

The average repair cost for damage caused by these bursts in that period averaged up to £7,000. Problems with pipes in homes are the responsibility of the home owner or landlord, so it’s worth taking time to check they are well insulated. The advice is also relevant to any type of property which might be left empty for a period of time over the Christmas or winter period. Mr Davies said: “I’d like to urge the people of Pembrokeshire to take note of the advice in Welsh Water’s campaign and make sure they don’t get caught out by pipes freezing in their homes or businesses this winter.

“Frozen pipes which burst can cause unnecessary inconvenience and expense however this can be easily avoided by taking a few moments to check and protect the pipes.” Welsh Water’s Chief Operating Officer Peter Perry said: “If you’re planning to visit family or friends and your home will be empty over the winter you need to be sure that exposed water pipes are wrapped in insulation to protect them.

Otherwise they couldburst and you won’t know until you return home.” If you are unfortunate enough to experience frozen pipes then make sure you don’t leave taps open and unattended. As the pipes thaw, the water will likely start to flow, which could lead to baths and sinks overflowing if you are not around. He added: “Our message is help us ‘Wrap up Wales’ and take action now to prevent a problem that can cause a tremendous amount of inconvenience and expense, at the time of theyear when you’d least want to face it.”

There is also an opportunity to apply for one of the 1,000 free lagging kits we are giving away. Diane McCrea, chair of the Consumer Council for Water’s Wales Committee, said: “We know from our research that young people are most at risk of not taking steps to protect water pipes from freezing temperatures, but the consequences of not taking action can be devastating. “Even if you live in a rented property it’s important to check the pipes have been lagged, because a burst pipe could end up ruining your possessions and wrecking your Christmas and New Year celebrations.”