Home » National Cheese Lovers Day: How to stop your cheese going off 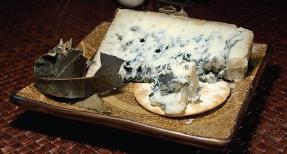 A solution so simple, we actually feel a bit stupid saying it out loud

The most important day of the year for cheese-lovers poses a question for anybody who appreciates the popular dairy product: “Do you know where your cheese is?”

Far too often, says one waste and recycling company, the answer is “going mouldy in your fridge”.

And for Divert.co.uk – the UK’s waste company that hates waste – the amount of cheese wasted by the British public is a scandal of national proportions.

“We, as a nation, throw thousands of tonnes of cheese in the bin every year,” says Divert.co.uk spokesperson Mark Hall. “And it’s ironic that National Cheese Lovers Day is the annual peak for cheese wastage.”

So how can we show our love for the greatness that is the varied world of cheese? It’s simple: Remember to eat it.

The sordid truth about bad cheese:

According to recent surveys by the government’s Love Food Hate Waste campaign, as well as one of our fellow waste companies, people in the UK waste hundreds of tonnes of cheese every day, largely because it has been left to go mouldy or dry out.

“And the peak time for this is the second half of January,” says Divert’s Mark Hall, “That’s when people remember they bought a Christmas cheese board selection in December, and only become aware of it when it begins to stink their fridge.”

That’s when the British nation collectively turns up their nose at bad cheese, and throws around 2,000 tonnes of the stuff in the bin. Ironically, that time coincides with National Cheese Lovers Day, which is nothing to be proud of.

“These cheeses died for nothing!” roars Mark, “And it didn’t have to be that way.”

The sad truth is that people tend to buy fancy cheeses without trying them, find out it’s not to their taste, and then forget about it.

Coupled with the fact that most people don’t know how to store their cheese correctly, then it’s not long before they dry out or go mouldy.

Cheese dates back to a period before human history, so nobody really knows how it came about. But in those thousands of years (with only the last 100 or so given the benefit of electric fridges) humanity has learned a thing or two about storage.

And the number one way to prevent your cheese from going off is “Remember to eat it”.

“I actually feel a bit daft having to say this,” says Divert.co.uk’s Mark Hall. “The best way to prevent food wastage is not to waste food. Primarily, by putting it in your face. Astonishing, really.”

We’ve even created a handy flow diagram to illustrate this jaw-dropping food-based tip, which can be separately applied to foods which are not cheese.

You might be astonished to learn that the concept of “eating cheese” is not confined only to having it in a sandwich, or with a nice pickle and crackers.

The world is your cheesy oyster when it comes to cheese-based recipes, and you don’t need to be Jamie Oliver to turn out un pièce de résistance en fromage (“A masterpiece in cheese”). Easy recipes include:

Most people get this horribly wrong by simply wrapping it in clingfilm, but this is Route One to early cheese spoilage and the recycling bin.

Instead, put it, in its own wrapper, if possible, inside a sealed container in your fridge. That way it won’t dry out, and is less likely to go mouldy.

Praying to Saint Lucius, patron saint of cheeses and cheese-makers (feast day: 12th July), may also bring results, depending on your level of belief.

“Follow these simple steps, and National Cheese Lovers Day can be every day of the year,” says Mark Hall.