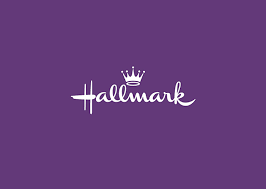 BRITISH etiquette is getting the better of Pembrokeshire according to a recent survey, which revealed a third of residents in Pembrokeshire keep a secret stash of Christmas cards to return gestures of unexpected goodwill. Hallmark Cards, unwrapped that a third of Pembrokeshire have a secret stash of cards to avoid being caught out by a stray sender. 18 per cent admits to rushing home to write one to return the next day, while one in seven (14 per cent) will lie and say they’ve not written theirs yet, when they have and you were not on their list! One in six (16 per cent) have a secret Christmas card list they work from each year in Pembrokeshire.

A third won’t include colleagues on it though (39 per cent) yet will include their dog (11 per cent) and children’s’ teacher (12 per cent). They have their pets covered, but the relative they are most likely to forget to send a card to are their cousins. Pembrokeshire feels the greetings guilt, with a quarter running home to write you a card immediately or will add you to their list for next year. 5 per cent feel no shame however, saying it’s the season of giving so you shouldn’t feel bad if you don’t return the favour.

Brits are most confused about sending cards to colleagues, and it differs by region as to who we address it to. Wales knows their colleagues best; addressing them to colleague and their partner’s name. North West address them just to their colleague, North East will make each card bespoke depending on their relationship with colleague and Londoners will hazard a guess at marital status and partner’s names for holiday humour.

The nations also differ with how to sign off a card. Scotland and England will write ‘Best Wishes’ or just write their name, whereas Wales prefer love, luv or lv followed by their name. Tamsyn Johnston-Hughes, Communications Manager at Hallmark Cards, said: “89 per cent of Pembrokeshire send cards to keep the tradition alive, saying it is the easiest way of spreading Christmas cheer.

“79 per cent also told us it allows them to keep in touch with distance family and friends around the world, so they feel they are spending Christmas Day with more than just their immediate family. With this in mind, we want to encourage people to share a simple Merry Christmas with friends, family and colleagues this year. Received a card you hadn’t expected? Be honest. Don’t know who to address it to? Keep it generic.

But above all; remember to check your card list and check it twice!” Pembrokeshire is also hoping for a secret card from The Queen (14 per cent), closely followed by Father Christmas, his reindeer and elves (13 per cent), who came out as the top celebrity figures the Pembrokeshire hoped to receive a card from. The nation as a whole wants to receive cards, even the next generation. 18 per cent of 16-24 year only send cards to receive them in return; 10 per cent want to decorate their home with them.