HOTELS in Wales are offering great value to potential owners as an alternative to the higher prices on the other side of the Severn Bridge, says a leading national estate agent. That’s according to hospitality sector specialist Peter Brunt from Colliers International who has just sold the Old Cross Hotel in St Davids. The charming and profitable three star hotel – situated opposite the famous cross in the tourist hotspot – was sold off an asking price of at £750,000 freehold. Ideal for exploring the Pembrokeshire coastline, the Old Cross last changed hands in 2002. Hotels director Peter said: “There was considerable competition to purchase the hotel with its prime position in the heart of the city. “The hotel has been snapped up by experienced regional operators who know how to exploit the considerable opportunity the hotel offers.” “The opportunity to run one of the most charming hotels in this popular tourist location does not come around very often. St Davids offers a wealth of reasons to visit and the surrounding area draws thousands of visitors through a long season as well as making it a lovely place to live.” Peter said the Old Cross was typical of the top quality property on the market across the Principality. “Prospective buyers are beginning to appreciate the value available in Wales. “There has been a noticeable increase in viewing activity for hotels across the country, including the Elan Valley Hotel in mid Wales, the Penrallt hotel and self-catering complex near Aberporth – on the market at £1.5m and the 18-bedroom Brynafon Hotel at Rhayader which also includes lovely owner’s accommodation in the asking price of just £395,000. He concluded: “There is no doubt that in the depth of recession the hotel market in Wales was in poor shape because buyers were cautious. Today the market is far from the doldrums with a breeze picking up that heralds a sustained rise in prices as operators find that their revenues and profits recover with the economy.” 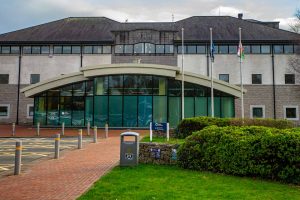 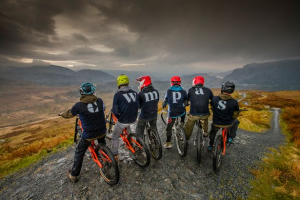