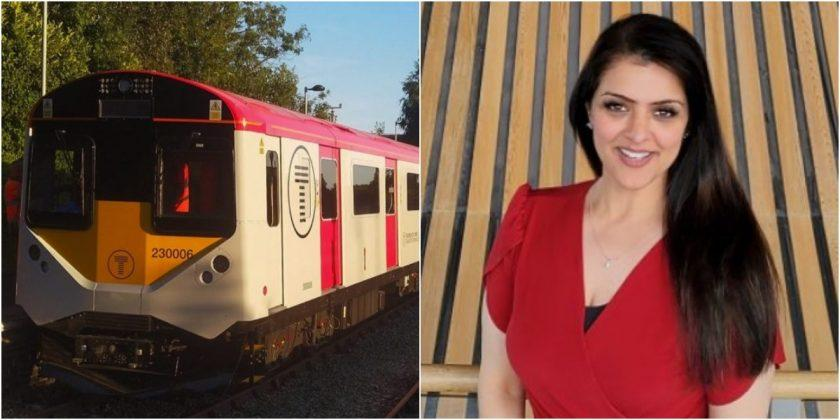 A politician has called on Welsh Government to give “concrete dates” as to when the troubled Class 230 trains will come into service on the Wrexham to Bidston railway line.

Transport for Wales (TfW) has said its “focus remains” on bringing the fleet of five hybrid diesel/battery trains on the Borderlands line following news the manufacturer Vivarail had signalled an intention to appoint administrators.

It is understood that Vivarail, the Warwickshire-based company behind the Class 230 train made the decision to file a Notice of Intention to appoint administrators on 23rd November.

TfW owns the units outright and it’s not known at this stage what impact, if any, the move by Vivarail will have on the introduction of the trains locally.

The refurbished London tube trains were intended to come into service in 2019 but TfW only took delivery of units from Vivarail in July 2020.

Staff training requirements were hampered by the Pandemic leading to further delays.

Other delays have been caused by what TfW called “thermal incidents” which included a small fire on one of the units due to overheating batteries.

The Welsh Conservatives have said the people of North Wales “are yet to reap any benefits of these new trains as a slew of issues has affected these trains since they began testing on the borderlands line.”

“It seems even more unlikely that the many issues that have faced the trains will be ironed out quickly as the manufacturer has gone into administration.”

For the communities of Gwersyllt, Cefn-y-bedd, Caergwrle, Hope, Penyffordd, Buckle and Hawarden this line is there only rail link and they have been led to believe they will see improvements for years.

“With no new trains and no doubling of services, this upgrade is now three years late while promises to communities on the borderlands line have been broken.

“These trains should have begun service first in 2019, but delay after delay means the trains are yet to utilised. Now, this farce by Transport for Wales has outlived the company that manufactured the trains.

“The Labour Government must now give concreate dates for when these trains will enter service and assurances that Vivarail’s administration will not lead to any further delays to their deployment which could see these trains delayed by four years.”

A programme of Entry Into Service testing for the 230s on Wrexham-Bidston line is currently underway after being suspended following the latest ‘thermal incident’ in April.

In August TfW had said it was still aiming to bring the 230s into passenger service “by the end of the year.”

“We are awaiting official confirmation and information regarding the recent announcement from Vivarail.

“We will be in a position to provide an updated statement in the coming days, but our focus remains to bring our Class 230 units into service on our network.”

TfW said in July it plans to introduce its brand new Class 197 “made in Wales” diesel trains on the Borderlands Line “by the end of this calendar year.”

There is speculation these units could enter service on the line at the next timetable change on December 11.