SUCCESSFUL technology investor and experienced in the metals and mining sector Roger Maggs MBE, has been chosen by the bid partners as the chair of the Celtic Freeport consortium.

The consortium is putting together a transformational bid for a freeport covering the ports of Milford Haven and Port Talbot to create a green investment corridor that spans clean energy developments and innovation assets, fuel terminals, a power station, heavy engineering and the steel industry across south-west Wales.

Roger Maggs will work with the consortium partners – Associated British Ports (ABP), Neath Port Talbot Council, Pembrokeshire County Council and the Port of Milford Haven – to help present the case for the Celtic Freeport to the UK and Welsh governments. The bid will be summited on 24 November 2022, with the successful bid announced in early spring 2023.

“I am delighted to join such a strong bid team.  The Celtic Freeport offers the potential to generate significant economic impact and will provide a large-scale boost to Wales’ critical pathway to a greener and more sustainable future,” commented Roger Maggs MBE, chair of the Celtic Freeport bid consortium.

He added: “The Celtic Freeport will catapult Wales’ path to a cleaner future across target sectors including floating offshore wind and the hydrogen economy to sustainable fuels, cleaner steel and low carbon logistics.

“A good example is floating offshore wind.  With a freeport, we can secure first-mover advantage for Wales, which will create a green industry with a substantial number of new manufacturing jobs.  The development proposed at the ports of Pembroke Dock and Port Talbot will embed this industry locally to create a renewable energy legacy, which has genuine global export potential.”

Roger Maggs MBE has had a 27-year career at Alcan Aluminium, with a number of global senior postings, including three vice presidencies at Alcan’s world headquarters in Montreal Quebec.  In 1994, he co-founded Celtic House, a Canadian venture capital fund.

Most recently, Maggs has been chair of the Port Talbot Waterfront Enterprise Zone and chair of the Canadian public technology company Sandvine. He is currently co-chair of the International Convention Centre Wales. Maggs was born in Newport and grew up in Carmarthenshire. 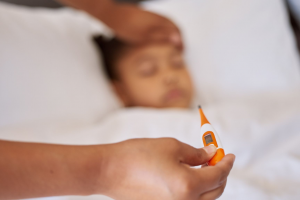