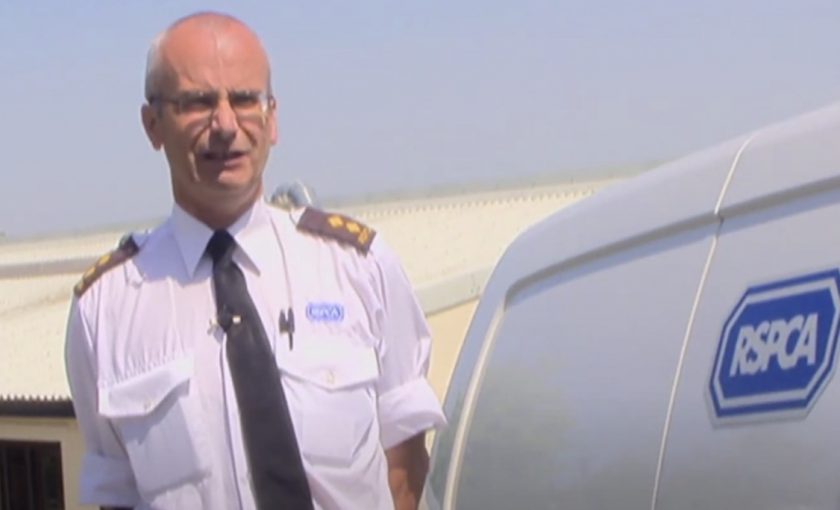 HEARTFELT tributes have been paid to a “modest and humble” RSPCA inspector from North Wales who gave over four decades of his life to animal welfare and was awarded numerous accolades for his outstanding service and dedication.

Tim Jones had served with the RSPCA for 41 years and was the charity’s longest-serving inspector in Wales.

Working as part of the inspectorate group in the north of the country, Tim was a hugely respected and experienced officer who “always thought of others before himself.”

He had been unwell with cancer for some time and very sadly died on Sunday 13 March aged 63.

During his hugely successful and colourful career with the RSPCA, he helped save the lives of thousands of animals and assisted hundreds of people with advice about their pets. He also brought to justice those who had committed serious animal cruelty offences.

Tim, who joined the RSPCA at Roffey College in Horsham in October 1980, was given numerous awards for his service and dedication to animals, including the charity’s bronze medal for animal life saving, the disaster medal for his work during the Towyn floods in 1990 and two long service medals, along with certificates of merit and commendation.

He was the lead officer for the RSPCA’s rope rescue team in North Wales for many years and part of the charity’s flood and boat rescue team. His friend and colleague of 31 years, deputy chief inspector Phil Lewis, described him as, “a brave inspector who would muck in with any of the animal rescues that we were called out to.”

Tim was an active sportsman who enjoyed playing hockey and cricket in his spare time, although this – along with some of his more challenging rescue work – had to be curtailed when he was told he needed a new hip.

But according to his colleagues, Tim only saw this as a minor setback, and after getting himself fixed with a new ‘bionic’ hip he was soon rescuing stranded sheep from precarious ledges once again.

His colleague, RSPCA chief inspector for North Wales, Leanne Hardy, said: “With over 41 years’ experience, Tim’s commitment to animal welfare was an inspiration to us all. His passion and knowledge regarding wildlife was enviable, and he was always willing and ready to share it with his colleagues. He was one of life’s good guys and a true hero to the many animals that needed him over the years. He was a credit to the RSPCA and he will be sorely missed by everyone that had the pleasure to work with him.”

Deputy chief inspector Phil Lewis, said: “Tim was a gentleman, a brave man who always thought of others before himself and who protected those animals that had no voice and could not protect themselves.

“He committed his life to the protection, rescue and care of all animals and won numerous awards, but typically Tim was always a modest, humble man who did not dwell on his achievements and he will be greatly missed by all the people that knew and loved him.”

Vicky Williams, manager of the RSPCA’s Bryn-y-Maen Animal Centre in Upper Colwyn Bay, where Tim took many of the animals he rescued, said: “Tim was a pleasure to work with and a true gentleman who was calm, polite and positive, even in the most difficult situations. He always had time for his colleagues and the animals that needed him most and he will be very sadly missed. We will remember him here at Bryn-y-Maen as someone who always had a smile and time for a chat.”

Tim leaves behind his wife Karen, and daughter Emma. His funeral is being held on Monday (28 March 2022) at Wrexham Crematorium.

Some of Tim’s rescues over the years included:

Back in 2015 Tim rescued eight puppies who had been dumped in a rubbish bin at Queensferry, Deeside.

The newborn pups still had their umbilical cords attached and Tim issued an appeal for information to try and find out who had left them there.

Unfortunately enquiries didn’t lead to the perpetrator but the appeal captured the hearts of the nation. The puppies – thought to be Staffy cross breed – were taken into care by the RSPCA and were happily rehomed.

In 2018 Tim was part of a group of RSPCA officers who took part in a multi-animal operation at a Flintshire animal sanctuary where 137 animals were removed from the site.

Pet, farm, exotic and wild animals were all taken from the site with Tim being one of the dedicated officers who tirelessly spent hours at the special operation.

Sadly in 2015, Tim’s own pet cat was targeted by someone using an air gun pellet.

Appeals for information were issued after Ozzy was shot twice – the second pellet had passed through his body and cracked his femur.

Thankfully Ozzy, who Tim had adopted as a kitten after rescuing him when he was found in an emaciated state, went on to make a full recovery.

In May 2008, Tim abseiled down a cliff after a juvenile raven was seen struggling to free itself from its nest on a cliff face in Anglesey.

The bird’s mother and siblings had flown off, but the young raven had become caught in the nest by a piece of string and would have died without intervention.

Tim managed to capture the bird and take it to the RSPCA’s Stapeley Grange Wildlife Centre for specialist care, before it was successfully re-released back into the wild two months later. 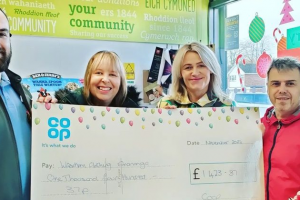