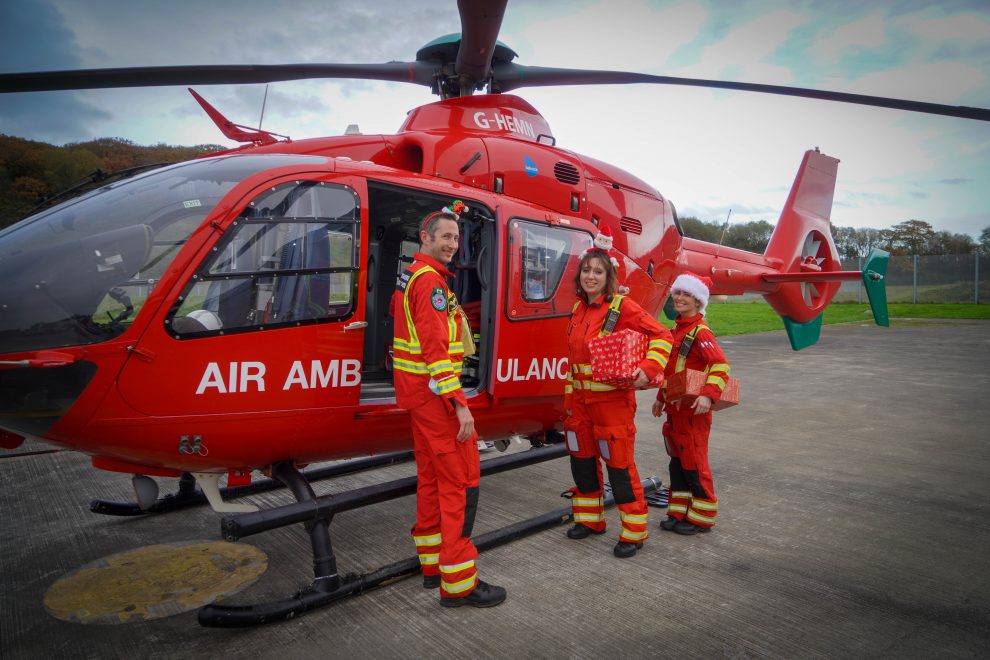 THE WALES Air Ambulance Charity would like to thank everyone who supported its Big Give Christmas Challenge Campaign after £21,389 was raised through online donations in just seven days.

The Charity took part in the Big Give’s annual match funding campaign for the first time this year and is absolutely thrilled to have exceeded its £20,000 target.

Throughout the week all donations made to the charity were doubled – one donation and twice the impact.

“Our aim was to raise a total of £20,000, but thanks to the support of the public, businesses and organisations, we were able to reach our fundraising target in just five days.

“We are overwhelmed with the support we received especially as this is the first time we have taken part in the Big Give Christmas Campaign.

“The money raised from the Christmas Challenge will go towards keeping our helicopters in the air and rapid response vehicles on the road throughout Wales 24/7 every day of the year.”

The theme for the challenge was ‘Our Christmas Heroes’. The Charity highlighted medics, pilots,allocators and crew, who are on standby over Christmas and ready to provide critical care interventions to those in need over the festive season.

Wales Air Ambulance is also incredibly grateful to have received match funding from Ashmole & Co and The Charles Hayward Foundation which is being championed and boosted by Candis Club.

The Charity needs to raise £8 million every year to provide vital 24/7 emergency air cover for those who face life-threatening illness or injuries. It is the only air ambulance charity based in and dedicated to Wales.

There are several ways that the public can continue to support the Wales Air Ambulance. These include online donations, signing up to the Charity’s Life Saving Lottery or by coming up with their own innovative ways to fundraise at home. Further information can be found
via www.wales air ambulance.com.