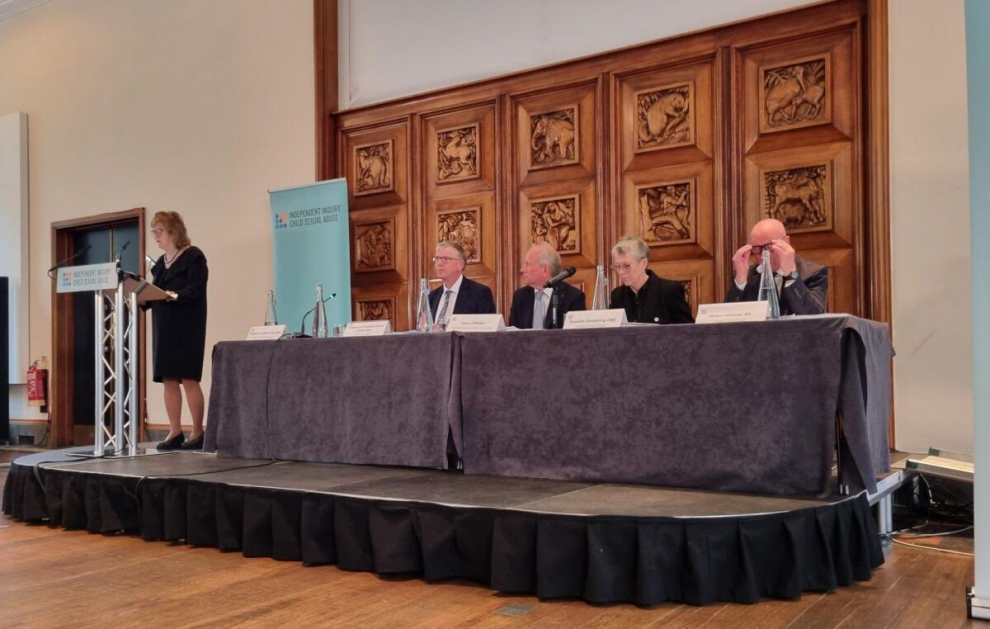 A SEVEN-YEAR public inquiry concluded on Thursday that child sex abuse is epidemic in Britain, affecting millions of victims, and those who work with young people should be prosecuted if they fail to report it

The Independent Inquiry into Child Sexual Abuse (IICSA) said institutions and politicians had prioritised reputations over the welfare of young people, meaning horrific acts were hidden away for decades, while there were still inadequate protection measures in place.

The inquiry, one of the largest and most expensive investigations of its kind ever undertaken in Britain, said the issue was a global crisis, where children would be at risk unless urgent action was taken.

“The nature and scale of the abuse we encountered was shocking and deeply disturbing,” its chair Alexis Jay, a social care expert, told reporters. “This is not just a historical aberration which happened decades ago, it is an ever-increasing problem and a national epidemic.”

The inquiry was set up in July 2014 following a series of shocking abuse scandals, some of which dated back decades, with the most notable involving the late BBC television star Jimmy Savile. After his death in 2011, he was revealed to be one of Britain’s most prolific sex offenders.

The inquiry has published 15 investigations and dozens of other reports, cataloguing details of appalling abuse at institutions including the Catholic Church, the Church of England, and Britain’s political hub in Westminster.

The investigations found the rich and well-connected had been treated differently to those who were poor, with “the prioritisation of reputation over the needs and safety of children”.

“Deference was often shown to people of prominence including councillors, MPs (members of parliament) and leading clergy by those whose job it was to investigate allegations,” Jay said. “Even when they tried to investigate thoroughly, they were often told by their superiors to back off.”

The inquiry heard from 725 witnesses during 325 hearings which began in Feb. 2017, processing nearly 2.5 million pages of evidence. More than 6,000 victims and survivors of abuse also related their experiences to the inquiry’s ‘Truth Project’.

Jay said the abuse involved children, babies and toddlers often carried out by someone they knew and trusted, and accompanied by extreme violence and acts of sadism, causing agonising physical pain.

“It is vile and degrading and its consequences are frequently life-long for the victims,” she said.

The inquiry said a 2019 crime survey indicated there were 3.1 million victims and survivors of abuse in England and Wales, or about 7.5% of the population aged 18 to 75.

Jay said in any group of 200 children, 10 boys and more than 30 girls would be victims before the age of 16. Statistics showed the age of victims was getting younger, with a 45% rise in offences against those aged under four in recent years.

Even while it was carrying out its investigations, the scale of online abuse had risen dramatically, the inquiry said.

It made 20 recommendations, with three key measures; a new law making it compulsory for certain people working with children to report abuse or face criminal action; the creation of a Child Protection Authority; and a redress scheme to provide financial help for survivors of abuse.

The government said it would respond to the inquiry’s report within six months, and was committed its work “is translated into action”.

Lawyers who represented victims involved in the inquiry welcomed its findings, but said the recommendations did not go far enough.

“We will fight to strengthen these proposals as they go through parliament, so that future generations of children can secure the comprehensive protection they need,” Richard Scorer, Head of Abuse Law at Slater & Gordon.

Sir Peter Wanless, Chief Executive of the NSPCC, said: “It would be an utter tragedy if events in Westminster completely overshadowed the report and recommendations from IICSA. This was a chance to show the survivors and victims who broke the silence that we have heard them and that their legacy will be a national mission to prevent child sexual abuse. They deserve nothing less.

“We will soon have a new Prime Minister. They must make this report a defining moment by making sure there is political leadership to translate IICSA’s recommendations into a robust system that truly keeps children safe. They must start by appointing a cabinet minister for Children.

“NSPCC analysis shows there were more than 85,000 child sexual abuse reports to police last year. The Government must also bring forward a strengthened a Victim’s Bill that ensures specialist support for victims and survivors of child sexual abuse and deliver a robust Online Safety Bill to ensure tech firms design platforms that have child protection designed in as a legal requirement.


“Everyone has a role to play and if you ever have a concern about the wellbeing of a child, please do not hesitate to contact the NSPCC Helpline.”

CHANGES MUST BE IMPLEMENTED

Changes to the law to benefit survivors of past child sexual abuse must be implemented without delay, campaigners warn.

The Independent Inquiry into Child Sexual Abuse (IICSA) final report published today (20 October) includes a recommendation to lift the limitation period, or ‘time bar’, for survivors to bring civil claims against their abusers.

“The panel has made the only fair and ethical recommendation on this issue,” said APIL executive committee member Kim Harrison, who provided oral evidence to the inquiry.

“Trauma, shame, mistrust in authorities, fear, and an instinct to protect their families from the stigma of abuse are just some of the very valid reasons why people hold back on speaking out, let alone take the step to seek justice,” Ms Harrison explained.

“For survivors to be willing finally to go through the ordeal of proving their cases only to then discover they were not quick enough to act can be devastating for them.

“There are many other jurisdictions which have already abolished the time limit including Scotland,” she went on.

“It is imperative that this recommendation is acted upon without delay. The law needs to recognise that survivors of childhood sexual abuse are unique and almost always seek justice later than other injured people – for very good reasons,” she said.