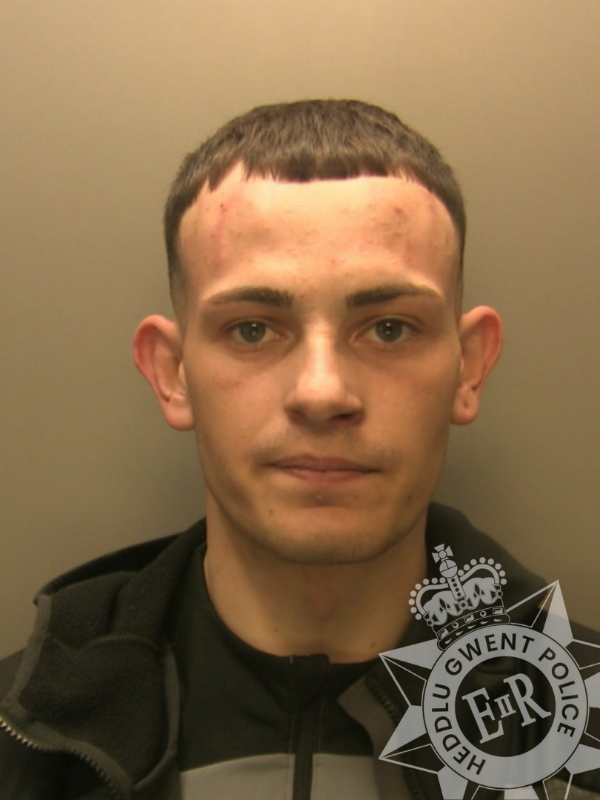 A NEWPORT man has received a sentence of four years in prison after pleading guilty in court.

Harri Pullen, 24, appeared at Swansea Crown Court on Monday 23 May where he plead guilty to multiple offences including two counts of possession with intent to supply a class A drugs (Crack Cocaine and Heroin).

Police Constable Tyler Price, the officer in the case, said: “Harri Pullen has chosen to continue a life of criminality following his release from prison.

“Pullen exploited the most vulnerable in our communities and profits from the demise of others. We welcome this sentence and hope it acts as a deterrent and shows that drug supply won’t be tolerated in Gwent.

“We will continue to target anyone who continues this criminality in our communities.”