IT’S Thursday, September 7, 1989 and people from across the country are gathered around their televisions to watch Crimewatch on BBC One.

Pembrokeshire residents tuned in as a shocking local double murder was the first reconstruction shown on that nights show.

The Crimewatch reconstruction is an in-depth look at the events surrounding the brutal deaths of Peter and Gwenda Dixon who were gunned down on the coastal path about 600 yards from Howelston Caravan Park in Little Haven.

Crimewatch have clearly gone to amazing lengths to be as accurate as possible, even enlisting Peter and Gwenda Dixon’s son Tim to play himself just two months after his parents’ deaths.

The reconstruction begins with Tim Dixon phoning Howelston Caravan Park on Monday, July 3 1989, he was concerned about his parents as they had not returned from their holiday to west Wales and were expected back at work that day but no-one had heard from them.

Proprietor of Howelston, Margaret Davies, goes out to check their plot and finds the Dixons’ car, tent and belongings exactly as they had been left by the couple 4 days previously.

Oxford residents Peter and Gwenda Dixon had been holidaying in Pembrokeshire since Monday, June 19, they were fond of Pembrokeshire and had been regular visitors to the county for some 16 years as they enjoyed walking and loved the Pembrokeshire countryside.

The Crimewatch reconstruction goes to great lengths to show the type of activities that Peter and Gwenda got up to on their holiday, from walking Pembrokeshire’s beautiful coastline to Peter’s interest in CB radio, an interest that would take him to the former site of RAF Dale to broadcast and meet with a fellow, unknown enthusiast.

At around 9am on Wednesday, June 28 1989 in Marloes (the day before the murders) two men were seen walking away from the post office.

The reconstruction shows a dark-haired man walking alongside a fair-haired man in the direction of Howelston Caravan Park.

It rained that night

On the day of the murders, Thursday, June 29 1989, at 8:30am two men were seen, according to the Crimewatch reconstruction, a quarter of a mile from Howelston Caravan Park at Hasguard. They were cycling in the direction of Talbenny.

Just after breakfast, at about 9am, Peter and Gwenda Dixon told the person camping next to them, Richard Lines, that they had had enough of the erratic Pembrokeshire weather and would head home at around midday.

Their tent needed time to dry from the previous night’s rain so, after breakfast, Peter and Gwenda decided to take a short walk along the coastal path towards Dale to give their tent time to dry out before they packed it away and headed home.

At about 9:30am the Dixons were seen walking in the direction of the coastal path, the next person who we have been told saw them alive was John William Cooper.

Locals reported hearing shots ring out at about 11am but, as the reconstruction says, being a farming area, gunshots are not unusual.

Fast-forward to 1:30pm and the reconstruction takes us to Main Street, Pembroke where a dark-haired man uses Peter Dixon’s NatWest bank card and PIN to try and withdraw £37, when this request is denied they withdraw £10.

At around 2pm that day, 3 hours after the gunshots were heard, a family were walking along the coastal path near Talbenny Church when they saw, as the reconstruction shows, a fair-haired man acting “peculiarly’.

A few doors down from the bank at around 4:30pm, a dark-haired man purchased some walking boots from a shop for £40.

At 3pm the next day, Friday, June 30 1989, in Carmarthen, at the NatWest on King Street, Peter Dixon’s bank card was used again but this time by a fair-haired man, a blue Ford Sierra was parked nearby.

On Saturday, July 1, a dark-haired man was seen using the NatWest cashpoint on Haverfordwest high street at around 7:15am.

This sighting was the basis for the infamous drawing that was released and, alongside footage from ITV game show ‘Bullseye’, helped convict John Cooper of the murders of the Dixons 22 years later.

The bodies of Peter and Gwenda Dixon were found two days after this sighting on a headland known as ‘Borough Head’ just 600 yards from Howelston Caravan Park. They had been hidden behind a screen that had been created using branches, they had also been covered by uprooted plants in an attempt to further shield their bodies from view.

After the reconstruction the officer in charge of the investigation, DCS Clive Jones, makes a direct plea to the ‘fair-haired youth from Marloes’ to call the incident room.

DCS Jones also talks about another sighting of two men on the coastal path on the day of the murders, one is older (about 50) and the other is younger (about 30) both casually dressed, who were seen coming over a stile at Borough Head at 10am walking into the wooded area where the Dixons met their fate. DCS Jones says that these two men ‘should’ve seen and met up with Mr and Mrs Dixon’.

After viewing the Crimewatch reconstruction, The Herald have some questions:

1: Who was the fair-haired man seen walking in Marloes the day before the murders?

2: Who was the fair-haired man seen acting ‘peculiarly’ on the coastal path 3 hours after the murders?

3: Who was the fair-haired man who used Peter Dixon’s bankcard in Carmarthen the following day?

And 4: why is the fair-haired man that DCS Clive Jones felt was important enough to make a direct plea to come forward not even mentioned in Steve Wilkins’ and Jonathan Hill’s ‘The Pembrokeshire Murders’? 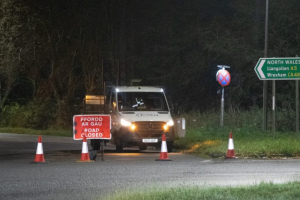 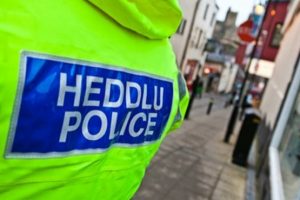