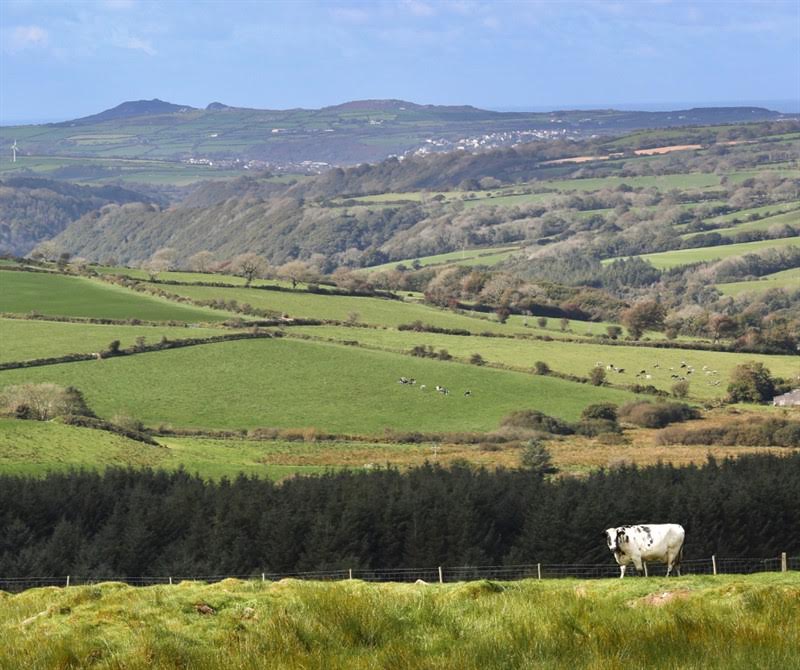 A CAMPAIGN to bust some of the myths around meat consumption highlights how producing and eating Welsh red meat sustainably can be part of the solution to tackling climate change.

The Countryside Alliance, Farmers’ Union of Wales, NFU Cymru, The Association of Independent Meat Suppliers, Tenant Farmers Association and The National Sheep Association Wales are backing a campaign from Hybu Cig Cymru (HCC) explaining that doing our bit for the planet does not mean a vegan diet.

Through careful land management and low-intensity farming methods, red meat can be produced, and eaten, in an environmentally friendly and sustainable way.

The campaign, which includes a video, informational website, and social media awareness raising makes clear there is a huge difference between sustainable red meat produced in parts of the UK and the high-carbon, high-intensity and processed options seen elsewhere in the world, with the former being #ACutAbove.

Wales is one of the most sustainable places on Earth to produce red meat. It is low-intensity and the grasslands used for grazing act as carbon stores.

Over one third of farm emissions are offset through existing on-farm carbon sinks such as grassland, hedgerows, and trees. Meanwhile, the grasslands which make up most of the Welsh agricultural land, sequester twice as much carbon as croplands.

That means around 318 million kg of carbon is taken out of the atmosphere every year thanks to Welsh farming.

It produces significantly fewer greenhouse gases than other systems around the world and relies overwhelmingly on abundant grass and rainfall rather than energy-intensive imported feed.
80% of Welsh farmland is unsuited for uses other than raising livestock.

Welsh beef’s carbon footprint (11-16kg of CO2 per kg) is less than half compared to global average figures (37kg CO2 per kg).

This means we shouldn’t just ‘offshore’ our emissions: supporting livestock production in the UK avoids consumer demand for red meat being met by additional imports, which would drive up global emissions by sourcing from countries with less sustainable farming practices.

The campaign comes ahead of the publication of the Government’s long-awaited white paper response to Henry Dimbleby’s National Food Strategy and follows the IPPC report setting out the scale of the climate crisis.

Not only does buying Welsh Beef and Lamb also mean supporting world-leading sustainable farming. It means supporting over 223,100 jobs and food and drink supply chain worth over £6 billion to the Welsh economy.

Gwyn Howells, Chief Executive of Hybu Cig Cymru, said: “The truth is, it doesn’t have to be a choice between eating meat or protecting the planet.

“We know that the climate crisis we face now is real. And whilst intensive farming systems are part of the problem with the climate crisis, the answer is not to stop eating red meat, but to produce and eat it more sustainably and ethically.

“The fact is, buying locally made, high quality meat is healthy for us and the environment. That’s why in this campaign we are celebrating how British red meat is some of the world’s most sustainable with some of the lowest carbon footprint.”

Paul Williams, the owner of Cae Haidd Ucha family run upland farm in Snowdonia, said: “We know that buying local is often the most environmentally friendly option, and as the carbon footprint of British beef is 50% lower than the global average, meat is no exception.

“Unlike overseas food production which can come with higher carbon footprints and high use of chemicals and medicines, the grass which British cattle eat absorb and store thousands of tonnes of carbon, maintaining our iconic British countryside, home to a huge wealth of biodiversity.”