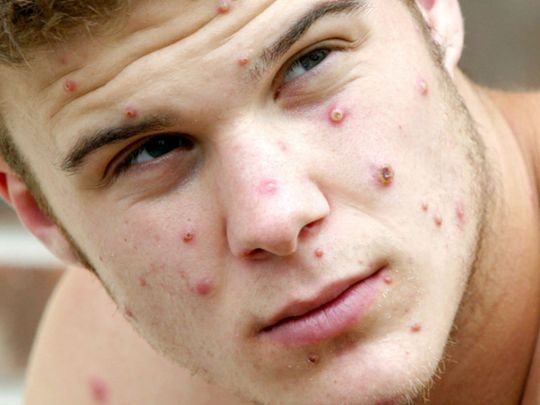 THE FIRST case of monkeypox has been confirmed in Wales.

Public Health Wales officials have released a statement upon the confirmation of its first case of monkeypox.

Officials have said that although a case has been confirmed, the overall risk to the public is low. They said: “ It does not usually spread easily between people”.

Adding: “It is a mild self-limiting illness, and most people recover within a few weeks.”

“We are working with the UK Health Security Agency (UKHSA), Public Health Scotland, and Public Health Agency Northern Ireland, and we are ready to respond to cases of monkeypox in Wales.

“The case is being managed appropriately.  To protect patient confidentiality, no further details relating to the patient will be disclosed.

“We are reassuring people that monkeypox does not usually spread easily between people, and the overall risk to the general public is low.  It is usually a mild self-limiting illness, and most people recover within a few weeks.

“Initial symptoms of monkeypox include fever, headache, muscle aches, backache, swollen lymph nodes, chills and exhaustion.  A rash can develop, often beginning on the face, then spreading to other parts of the body, particularly the hands and feet.  The rash changes and goes through different stages before finally forming a scab, which later falls off.

“Everyone is being asked to be aware of the monkeypox symptoms, but it is important that gay and bisexual men are alert as it’s believed to be spreading in sexual networks.

“Anyone with unusual rashes or lesions on any part of their body should contact NHS 111 or call a sexual health service if they have concerns.”

Commenting, Welsh Conservative and Shadow Health Minister Russell George MS said: “With Covid having hit the UK over two years ago, I hope Public Health Wales, government officials, and other health organisations have learnt lessons that will allow them to nip monkeypox in the bud early on before it becomes too widespread.

“Thankfully, monkeypox is not Covid, being far less transmissible, but that does not mean we cannot be vigilant and anyone with symptoms should ensure, for their sake and others’, that they seek medical advice.”

Health board and fire service partner for vaccine rollout