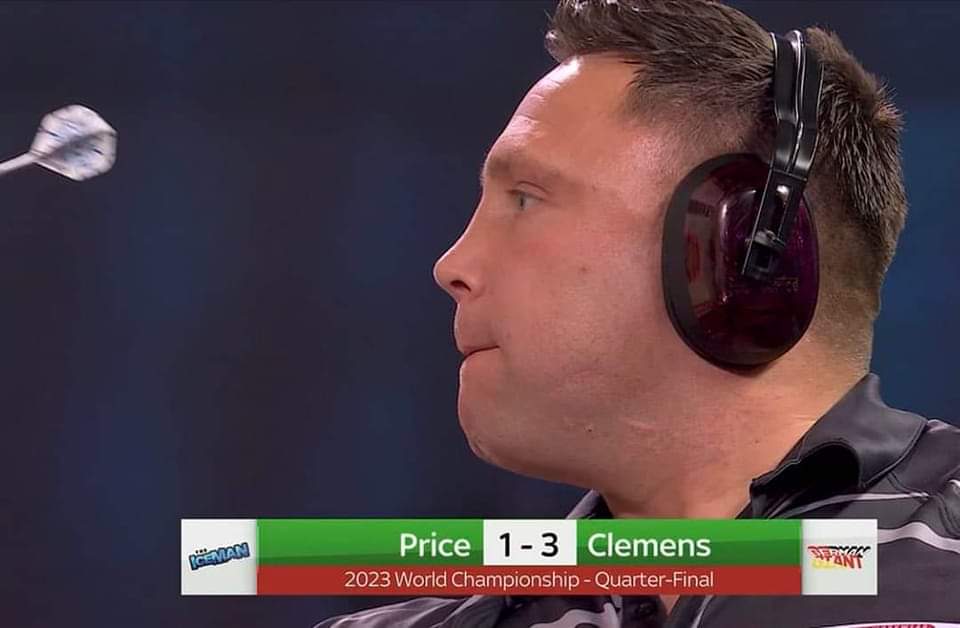 WELSHMAN Gerwyn Price has said that he may not play in the World Championship again after receiving abuse from fans.

That abuse prompted him to come out with ear defenders for the second part of his quarter final with German Gabriel Clemens.

Price won the next leg and taunted the crowd at the Alexandra Palace, mouthing I can’t hear you.

He then lost the next three legs and went on to suffer a 5-1 defeat against the German.

After the match, World number 1 Price took to social media to voice his anger.

He said he was frustrated and gutted that he wasn’t left alone to play his own game.

He ended his post with ‘Not sure I will ever play in this event again’.

Price had hit the headlines just days earlier after he appeared to make a gesture mocking disability.

The PDC was forced to apologise after the incident.