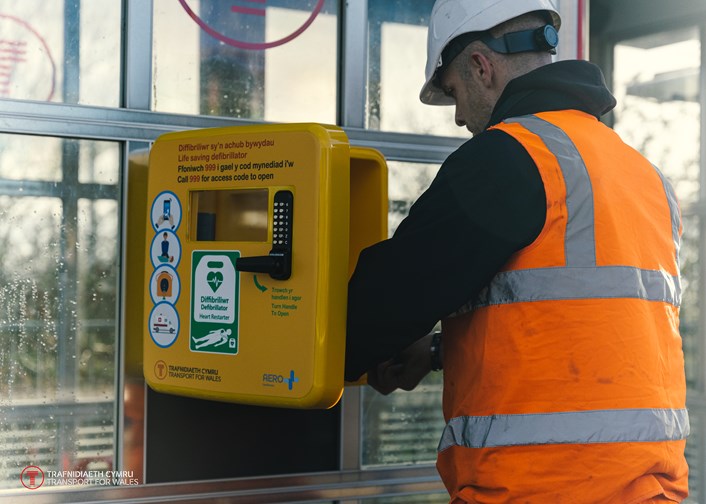 WORK has begun to install more than 200 life-saving defibrillators at Transport for Wales railway stations across Wales and the borders.

Coinciding with ‘Defibruary’ – a month-long campaign by the Welsh Ambulance Services NHS Trust to raise awareness of the importance of defibrillators – the first phase of the programme will see them placed into 53 TfW stations.

The remaining defibrillators will be installed later this spring, and once ready for use they will be uploaded onto the British Heart Foundation’s bespoke portal, called The Circuit, in partnership with St John Ambulance, the Resuscitation Council UK and the Association of Ambulance Chief Executives. The Circuit maps defibrillators for NHS ambulance services across the UK so in the crucial moments after a cardiac arrest, they can swiftly direct members of the public to the nearest defibrillator.

Jeremy Williams, Transport for Wales Head of Stations, said: “Our defibrillators are so important in helping those who may experience a cardiac arrest, be they TfW customers, colleagues or someone in the local community.

“We already have some defibrillators across the Wales and Borders route and these additional 200 machines will become a valuable life-saving resource.”

The project has been organised by TfW’s Rail Infrastructure Karl Gilmore, who added: “All of the defibrillators will be available 24 hours a day but, more crucially, they will all be listed on The Circuit so emergency services staff know where they are located.

“Our staff will be given training on how to use the defibrillators and we’re working with charities and other organisations to make sure we can roll out training into communities.”

The initiative has been strongly supported by British Heart Foundation Cymru and the Welsh Ambulance Service. Using a defibrillator greatly improves a person’s chances of survival if they have an out-of-hospital cardiac arrest.

Adam Fletcher, Head of BHF Cymru said: “Every second counts when someone has a cardiac arrest and, alongside CPR, prompt use of a defibrillator is critical in giving them the best chance of survival. To put it simply – being able to access a defibrillator could be the difference between life and death.

“We know defibs save lives and it’s why we are so proud to be working with Transport for Wales. They’ve made a big investment to get 200 defibrillators out across the rail network and we hope other organisations will follow their example.”

The project has been set-up to help people like Andrew Barnet, 48, a married father of two from Cardiff, who suffered a cardiac arrest in December 2018 when playing in a parent and children football match.

He was fortunate there was a defibrillator located at a nearby leisure centre, which staff were able to use on him. Sadly in Wales just 5% of people who have an out of hospital cardiac arrest survive.

He said: “The leisure centre staff were told there was an issue on the pitch and they could tell pretty quickly something serious was going on.

“Thankfully they started CPR and were able to use a defibrillator that’s located in the leisure centre.

“Having a network of defibrillators which are easily accessible is absolutely key to keeping people safe. Cardiac arrests can happen at any time or anywhere and it’s something which can happen to range of people, as we’ve seen from recent high-profile cases with footballers.”

Carl Powell, Clinical Support Lead for Cardiac Care for the Welsh Ambulance Service, said: “For anyone having an out of hospital cardiac arrest their chance of survival decreases by 10% for every minute that goes by, without someone doing CPR or using a defibrillator on them.

“Having more public access defibrillators out there will increase people’s chances of survival significantly, particularly in rural areas where defibrillators might not previously have been available.

“Rural train stations can be the hub of the area so to have defibrillators in the station is vitally important to support the local community.” 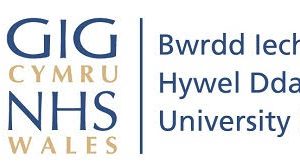 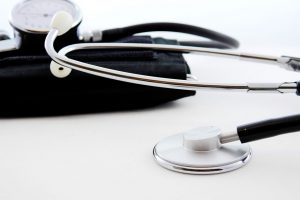