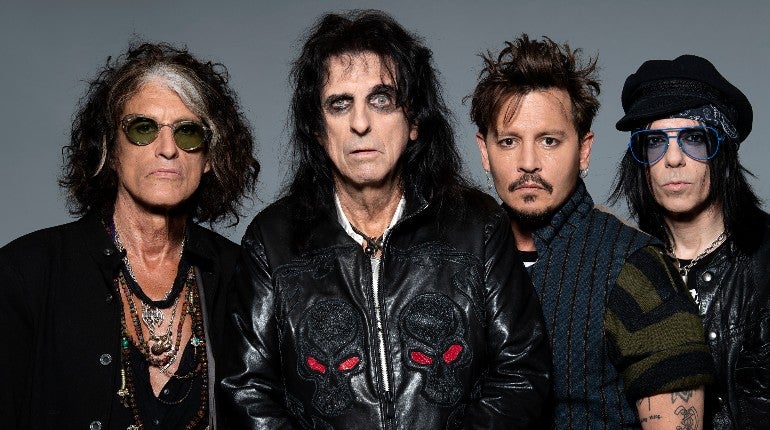 AMERICAN group ‘Hollywood Vampires’ are bringing their music to Wales on July 7, 2023.

Traditionally the band perform a tribute to the great lost heroes of music, such as The Who, David Bowie and Led Zeppelin,  as well as their own original music from their studio album ‘Rise’.

The band were scheduled to tour the UK in 2020 but the events were cancelled due to the pandemic.

The intervening period also saw the very public defamation trial, during which, Depp sued his ex-wife, Amber Heard, for claims of domestic abuse. The seven-member jury ruled in the actor’s favour.

School’s Out singer Cooper said of the tour, which also calls at London, Manchester and Glasgow: “Well, it’s already been three years since the Vampires have toured because of Covid. Also, Johnny has his movies, Joe’s in Aerosmith and I’m in Alice Cooper, so we have to look at that whole thing and see when we can all get a month or two off where we can go out and tour. And, we are going to be doing that, next summer coming up, 2023. I can’t wait to get back with the guys, I really love being in that band.

“My band is great and wonderful, but playing with the Vampires is an entirely different situation. I don’t necessarily do any theatrics at all, I’m just the lead singer, in a band, and the band just happens to be one of the best bands around! It’ll be great to see Johnny and Joe and Buck and Chris and all the guys. We’ll be rocking these places, especially the UK, I can’t wait to get to the UK! Lock your doors, put garlic all around, because the Vampires are coming!”

Tickets go on sale for the tour on Friday, October 28 at 10am from AEG.

Presale for the Wales show goes live on Thursday, October 27 at 10am.

Sunak ‘determined to fix’ the ‘mistakes’ made by predecessor
Swansea’s biggest annual firework display is back with a bang!