AGAINST all predictions, the elections to the Welsh Parliament have produced neither a coalition nor a breakthrough for either the Conservatives or Plaid Cymru.

Instead, Mark Drakeford will return to Cardiff Bay as First Minister at the head of a Labour Government.

Although thirty seats is not an overall majority, something Labour has never had in Wales, it is more than enough to form a government able to advance its policies with very little horse-trading.

The presence in the Welsh Parliament of a lone Liberal Democrat, Jane Dodds, will almost certainly lead to Labour having 31 dependable votes without having to do too many deals with Plaid Cymru to get what it wants.

The Conservatives captured only one of their target seats, the Vale of Clwyd. They racked up impressive performances in seats they already held.

Apart from the Vale of Clwyd, they failed to make any breakthroughs in North Wales. In seats like Cardiff North and the Vale of Glamorgan, the Conservatives went backwards at a rate of knots.

Already ‘sources’ in the Conservatives claim it’s because the party in Wales didn’t capitalise on the Brexit vote. That, again, reveals a party too intent on internal faction-fighting and reliving the Brexit psychodrama than one focussed adequately on the present and the future.

It also rewrites history (the Conservatives did rather well in December 2019) and ignores an important reality.

His regular public briefings brought him and the powers the Labour Government has in Cardiff Bay into people’s daily lives.

As Labour Minister Lee Waters admitted, Mark Drakeford might be ‘a bit nerdy, a bit boring’, but he was Labour’s biggest electoral asset.

As the Conservatives in Wales cleaved to an ever-closer union with Boris Johnson’s Westminster Government, the personal contest boiled down to Boris versus Mark. 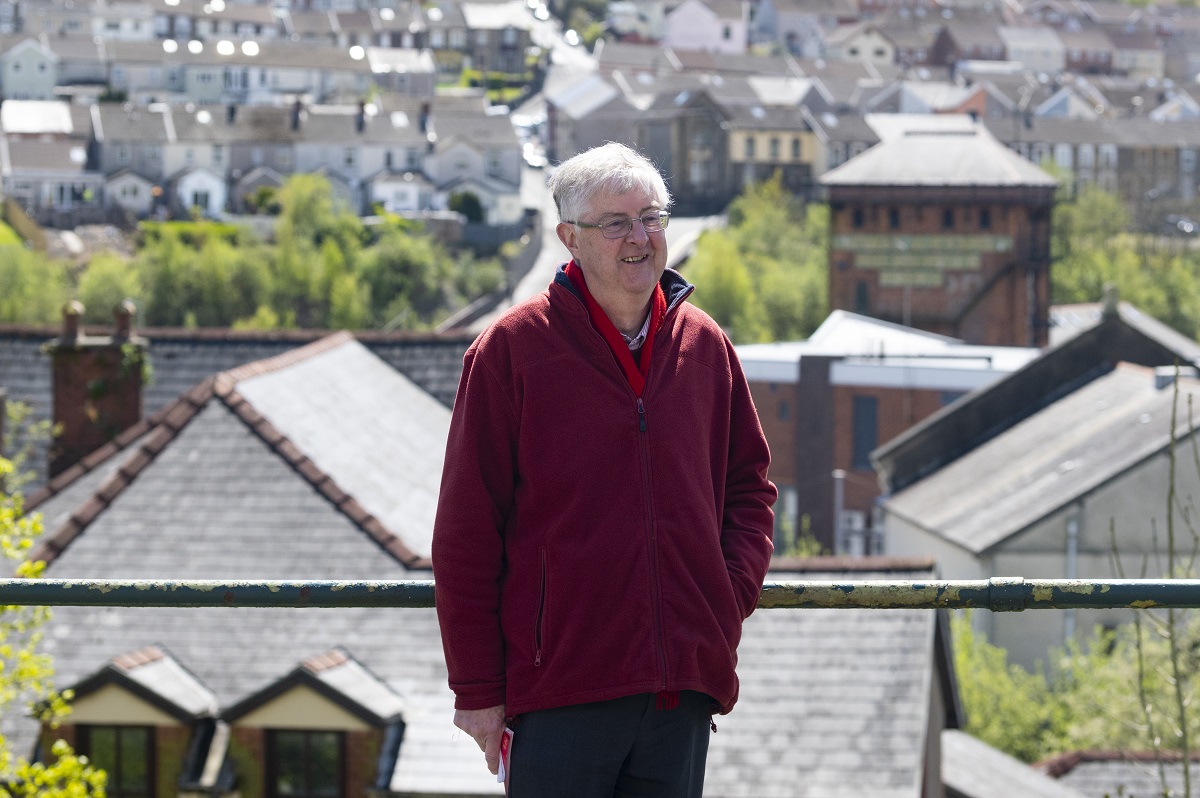 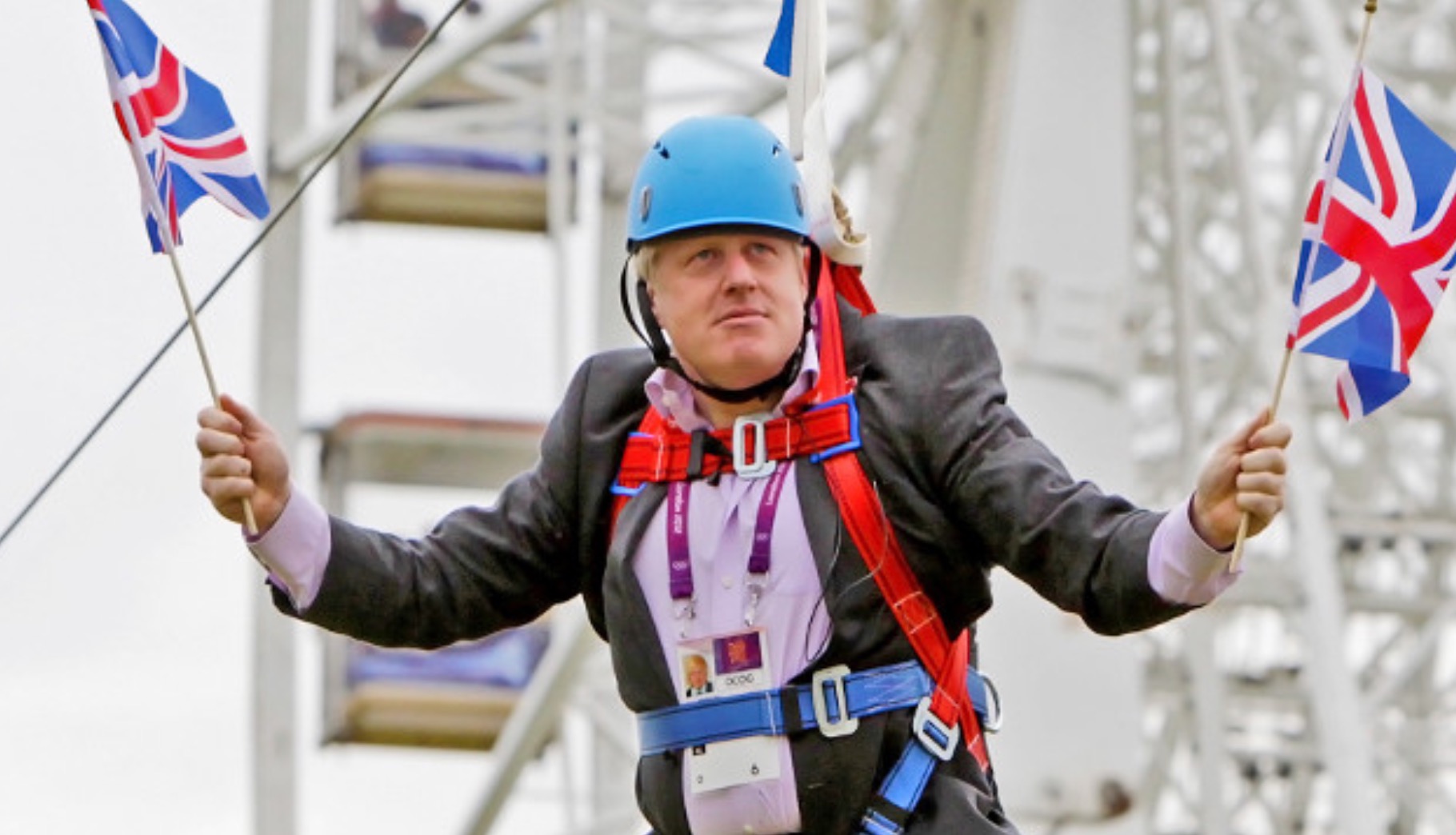 The Welsh public took one look at the calm and (yes) boring Mark Drakeford and the shambling sloganeering Boris Johnson and decided which they preferred.

The Welsh Government’s steady and cautious approach to the pandemic contrasts favourably with the scandal-mired and higgledy-piggledy approach over Offa’s Dyke.

Suppose the Conservatives in Cardiff Bay continue to behave like sock puppets for Westminster. In that case, they will never break through to a Welsh public that has not returned a Conservative majority since the nineteenth century.

Someone needs to sit down and explain that to Andrew RT Davies and his handlers in plain and honest language.

The question boils down to this: are you Welsh Conservatives with a plan for Wales or Conservatives in Wales with an agenda set by Westminster and the Welsh Office?

The Conservatives cannot ride two horses at once and need to be upfront about who and what they are.

That said, the Conservatives are Wales’ second party – and by some margin, too. The validity of conservatism as a force in Welsh politics can be neither ignored nor understated.
No matter how much abuse is flung at their candidates and activists on social media by activists from the left and/or those supporting independence, that’s a political reality and will remain so for some time.

A failure to acknowledge opposing ideas not only exist but have the right to exist is a fatal flaw in both nationalist and left-wing politics. Particularly for the former: without persuading small ‘c’ conservatives to support independence, the chances of winning a referendum are practically nil.

PLAID LOOK FOR DIRECTION AND A FUTURE

The election was undoubtedly disappointing for Plaid Cymru. Brave talk and bold promises did not convert to votes where it mattered.

Llanelli has long been the most marginal seat in Wales. Lee Waters’ new majority is some way north of 5,500 and looks to have ended Helen Mary Jones’ long political career.

That happened through a volunteer effort as resources were piled into Llanelli, where Plaid was routed.

Plaid has less money than other parties. The folly of pouring resources into a single seat shows weakness. There was no need for a paid organiser for one seat – it should’ve been a regional effort to maximise Plaid’s regional vote. 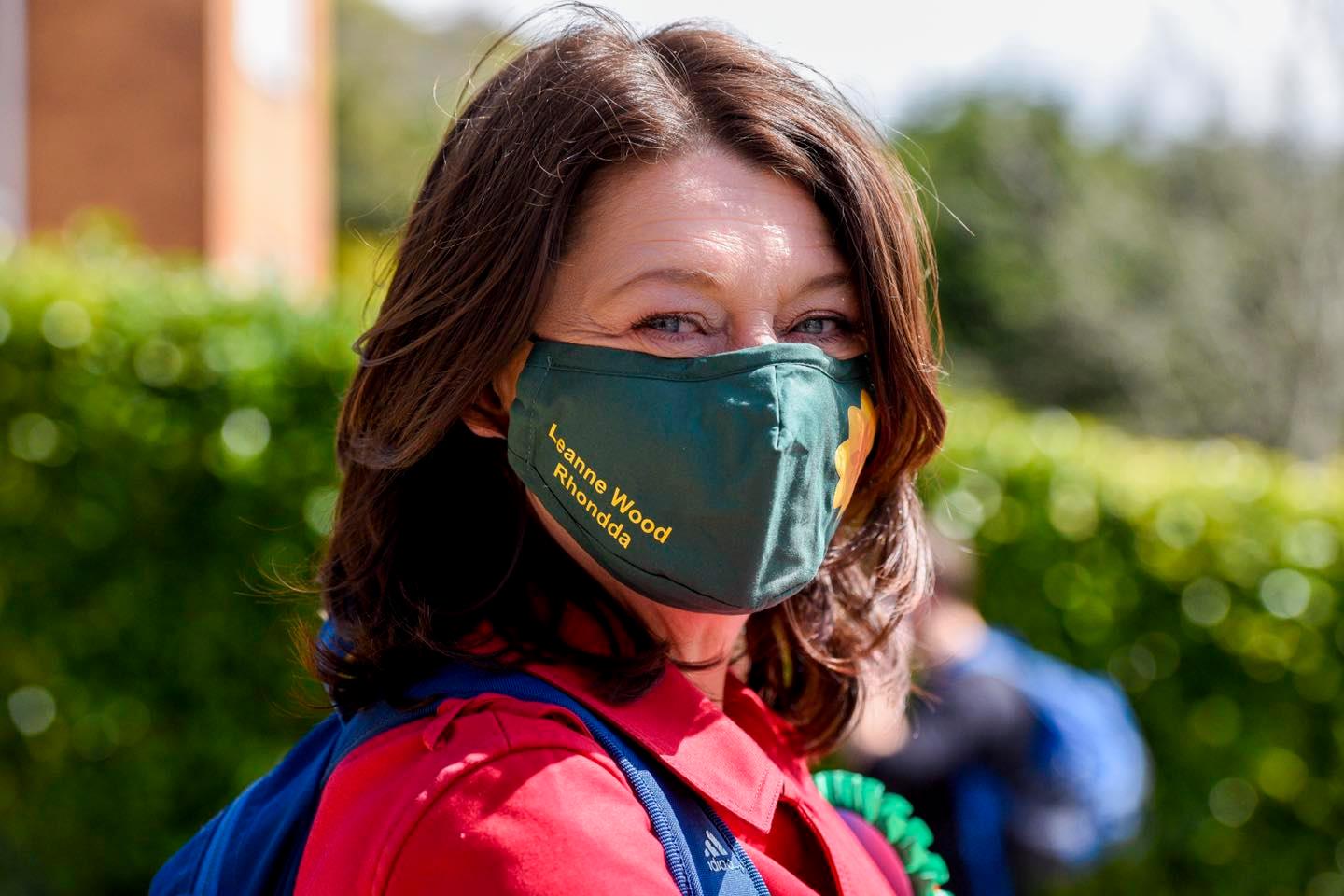 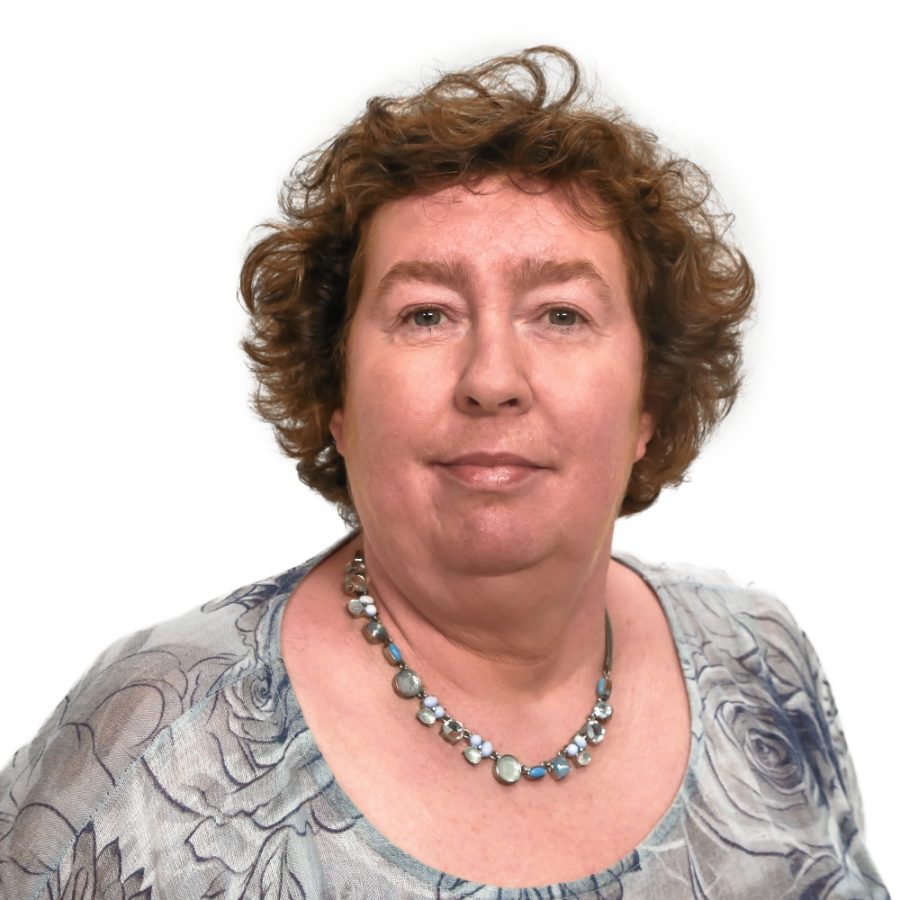 While the losses of Leanne Wood and Helen Mary Jones are undoubtedly a blow to Plaid Cymru in the Senedd, it is unlikely to upset too many more traditionally-minded party activists.

Plaid’s core problem is that its central office staff and its national executive consists of factional activists who pursue sectional interests above creating a policy agenda that speaks to the sort of voters Plaid needs to pick up.

Those small ‘c’ conservatives – socially conservative but inclined to Plaid on other issues – have no home or voice in the party.

If Plaid is going to be a third party with influence, instead of a ginger group constantly on the fringes of power but without ever exercising it, it needs to professionalise its organisation and stop the nonsense which ties the hands of regional campaigns.

There’s no point having your head in the clouds if you’re hurtling towards the ground without a parachute.

A website, a slogan, a few polls. Constantly bigged-up by the London media and the BBC, Abolish the Assembly (sic.) got exactly what it deserved.

The Greens outperformed Abolish – again – demonstrating the farce of Richard Suchorzewski’s invitation from the BBC to the main leadership debate for what it was.

While the Abolish voice will not be silenced, its hammering will ensure it won’t be given a free pass in the future.

Only one of its candidates – Paul Dowson in Carmarthen West and South Pembrokeshire – came within 50 of getting 1,000 votes in any constituency.

As Welsh online media becomes more diverse and breaks through to more people in Wales, and it will, the hold of London dead tree media will decrease. The chances of fringe single-issue parties getting the coverage and exposure they enjoyed before the election will recede.

Not because those voices aren’t necessary, but because the voters – those who consume media – don’t think they’re important enough to justify coverage.

The argument about abolition is over. What remains is the debate about what powers the Welsh Parliament has in the future.

THE THREAT TO LABOUR

When a party has performed so far above pollsters’ expectations in an election, it sounds strange to speak of its threats and problems.

But there are issues that Labour cannot ignore.

It has no excuse left for not delivering its modest policy agenda within the five years of this Welsh Parliament.

Secondly, turnout in Labour safe seats – those with no second party threat – was humiliatingly small. Swansea East turned out barely a third of its electorate, and Merthyr and Rhymney 35%. That’s no ringing endorsement for a sitting government from its core voters.

The politics of Wales outside Labour safe seats were far more dynamic, and the electoral significantly more engaged.

Although barely half of 16-17-year-olds registered to vote, most of those who registered voted. And a basic assessment suggests they voted disproportionately for Plaid and the Green party over the big two.

Complacency is also a risk. Labour cannot just sit back; it’s got a more-or-less working majority under its own steam. There can be no excuses now.

As the campaign went on it became noticeable other Labour ministers faded into the background in favour of a focus on Mark Drakeford’s personal qualities.

In the past, this was called ‘the doctor’s mandate’ in UK elections, and Mark Drakeford’s evident diligence and doggedness played well.

In the absence of the pandemic, it’s hard to see how Labour could’ve maintained its death-grip on the levers of power unaided.

The biggest challenge for Labour is who succeeds Mark Drakeford and when.

He said he would stand down in this Parliamentary term, and that leaves Labour a real difficulty.

The personal focus on Mark Drakeford deflected attention from the shortcomings of pretenders to his throne. 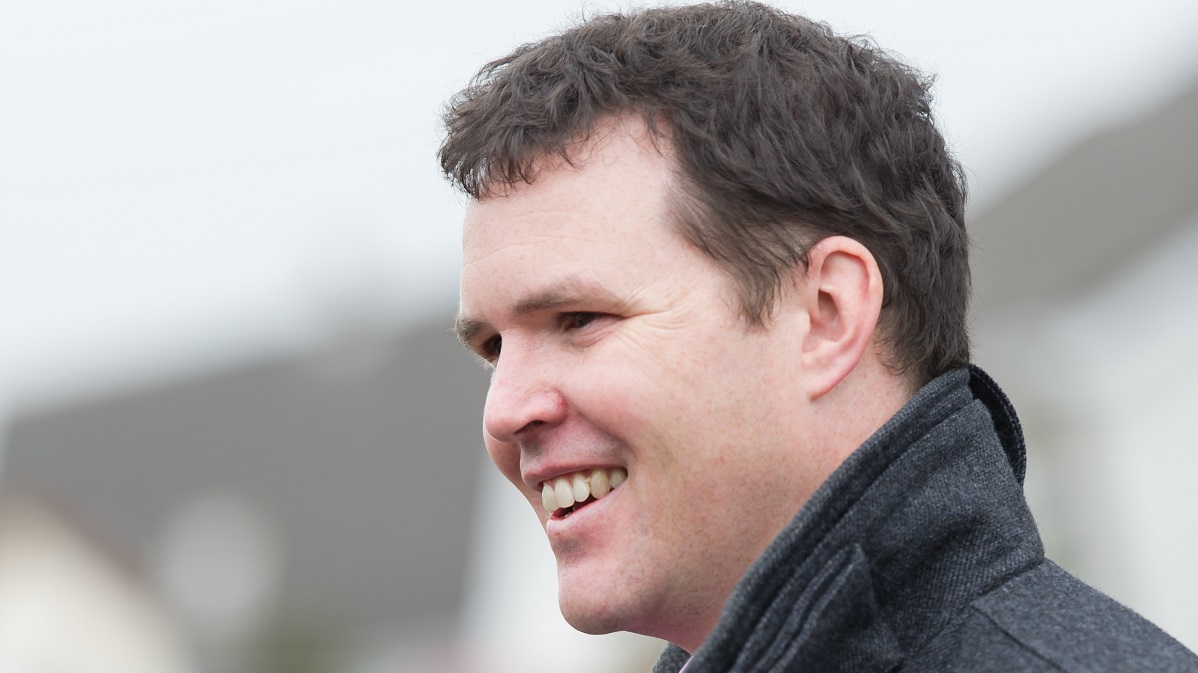 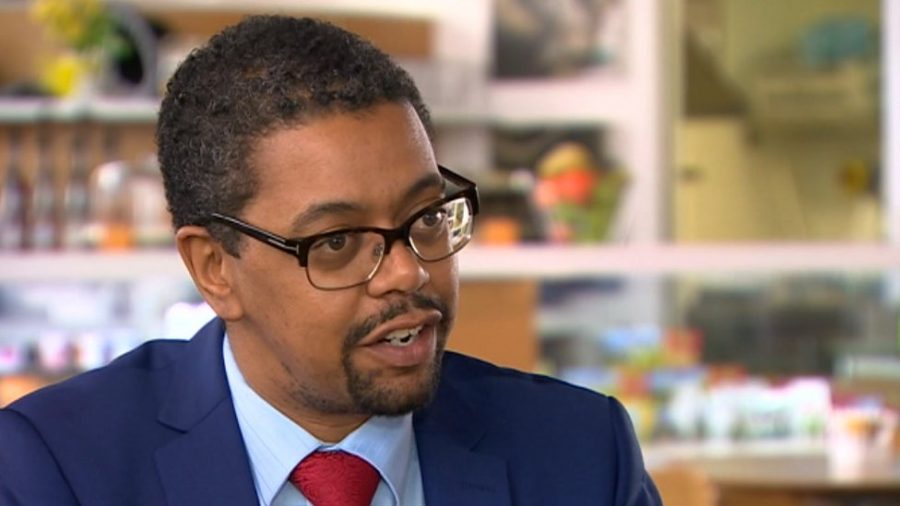 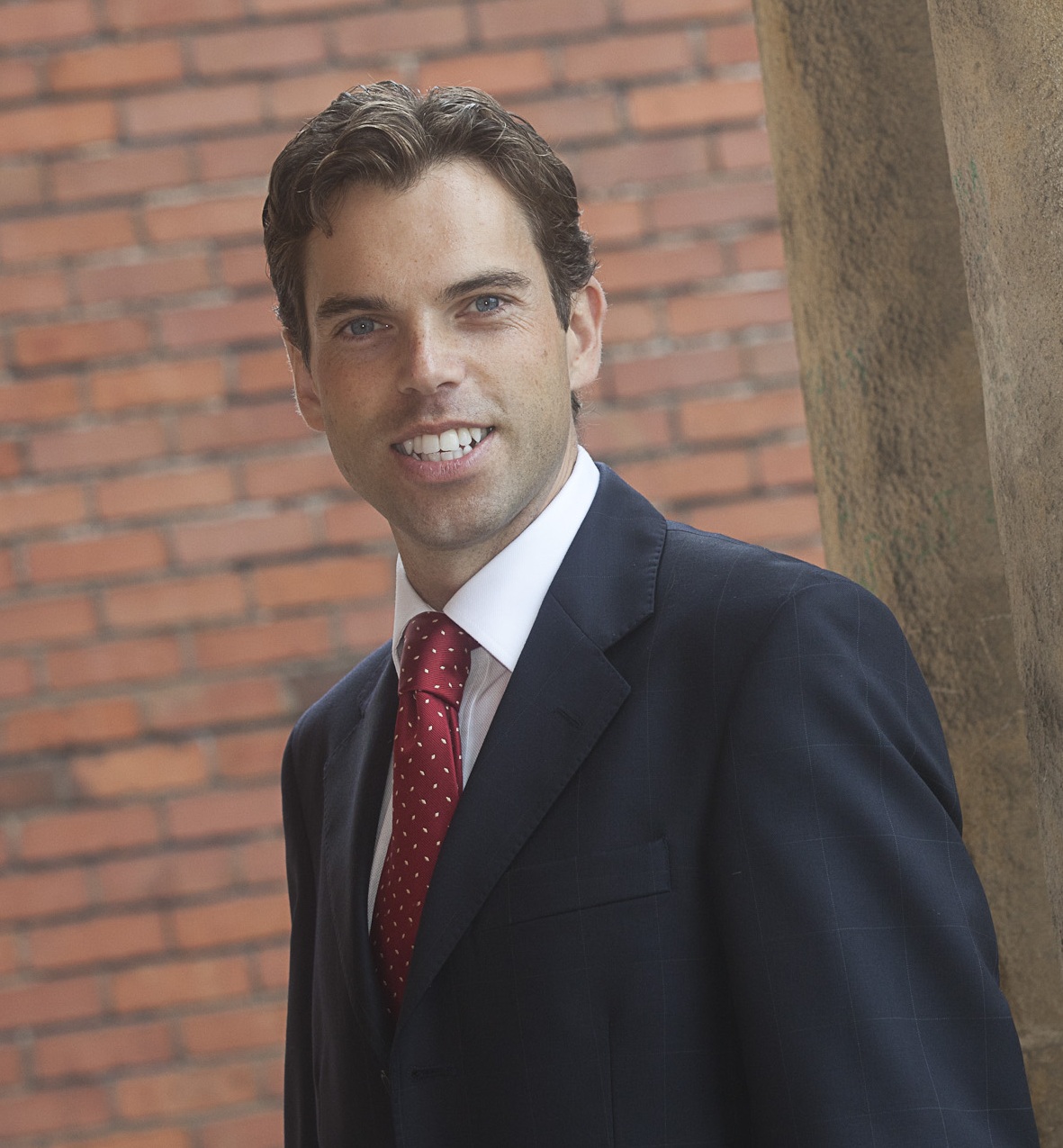 Ken Skates: unfairly labelled plastic but with a sound grasp of policy but almost no public profile to speak of.

Probably the ablest of the Welsh ministers is Lee Waters. He is bright and articulate but hamstrung by a reputation for being ‘difficult’.

Nine out of ten voters probably couldn’t name any other members of the last Labour cabinet. Unless you’re a farmer. In which case, you’ll have a Lesley Griffiths dartboard.

Without Mark Drakeford at the helm, there’s a distinct shortage of candidates with either the public profile or political weight to take up the post of First Minister.

Wind forward five years, Labour faces a real fight if it fails to deliver on its limited manifesto and lacks a leader who appeals to the wider Welsh public and not just Labour’s endemic tribalism.

Then the political landscape of Wales might well change.

Charles: Commonwealth has potential to make a profound difference for citizens