Home » Nearly 2,000 abandoned hens reported to the RSPCA this year 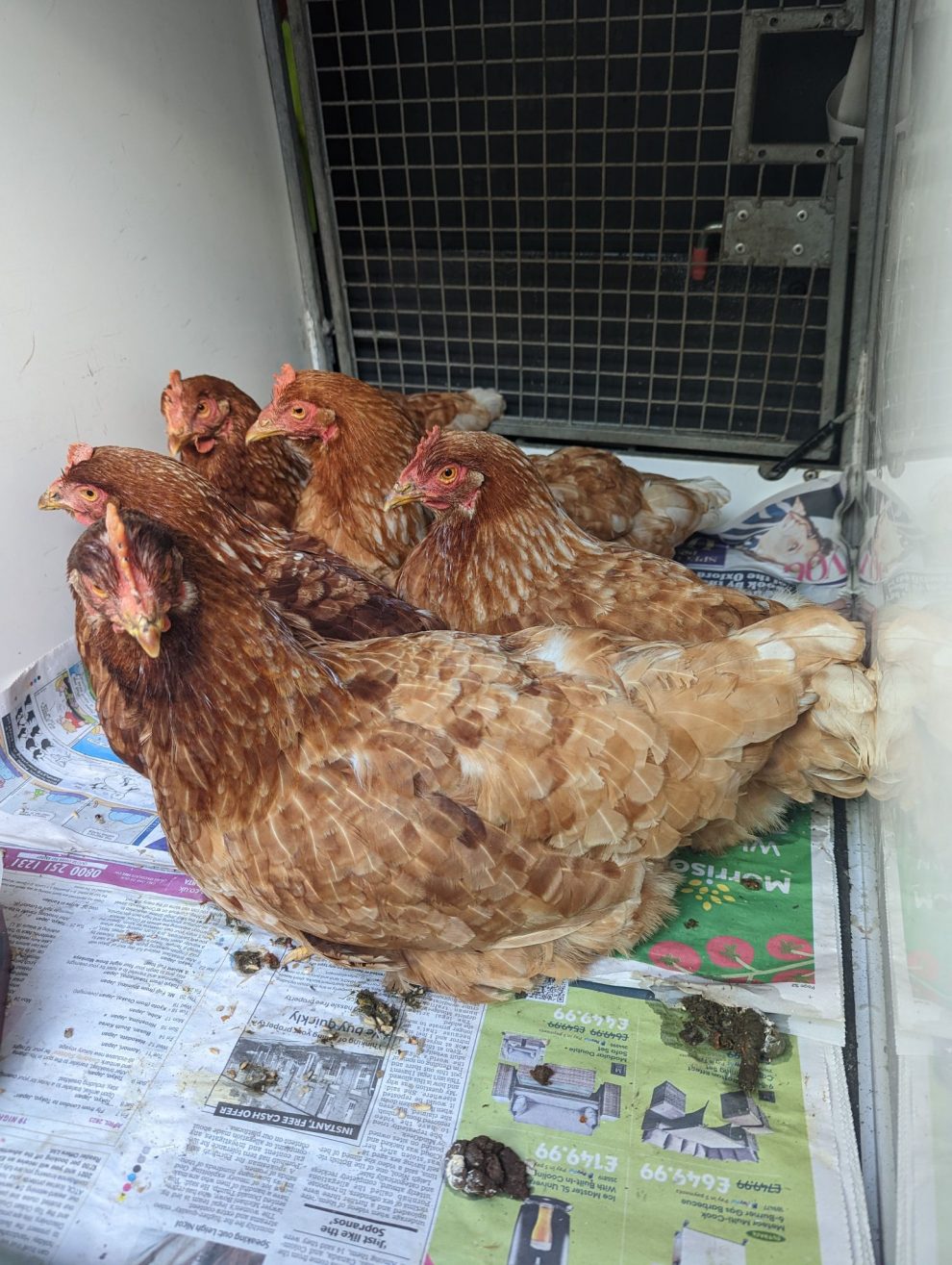 Nearly 2,000 abandoned chickens have been reported to the RSPCA already this year and the charity fears this number could rise due to bird flu.

In Wales, there have been 75 chickens abandoned and reported to the RSPCA since 2020 including 18 in Rhondda Cynon Taff.

Sadly, the UK has experienced the worst outbreak of Avian Influenza (AI) ever seen this year with high numbers of sick and dying birds being reported. Pet hens have spent the majority of the year housed indoors after a housing order meant they were on ‘flockdown’ for the first five months of the year. A  Welsh Government housing order comes into force in Wales today (Friday 2 December), following one set for England by the UK Government earlier this month.

Since 2020, there have now been 5,351 chickens reported as neglected or abandoned to the RSPCA’s cruelty line.

Kate Norman, poultry expert at the charity, said: “Keeping hens has become increasingly popular in recent years but it’s incredibly sad to see so many of them being abandoned and neglected. We are concerned that we could see an increase in the number of dumped chickens due to the cost of living crisis and concerns over bird flu.

“We are now sadly once again in the midst of a bird flu outbreak which has seen the Welsh Government now take the necessary steps to issue a housing order for all keepers of birds in Wales. Not only is this stressful for the hens as birds that have previously roamed around a garden or smallholding are now being kept inside, but it’s also understandably stressful for owners.

“We would urge anyone who is struggling to care for their pets to please reach out for help from friends or family, or charities. Please never abandon any animal.”

Pet owners are also advised to follow government biosecurity advice to help protect the health of their birds as well as to try and limit the spread of the virus. All pet poultry owners need to stay vigilant for signs of disease and ill health in their flocks and it’s vital they seek veterinary advice if they have any concerns.

Five chickens were abandoned in Morpeth earlier this month. The extremely underweight hens were found roaming around a garden in the Northumberland town before the RSPCA was called to help. Inspector Heather Wade rescued them and after asking around locally to find that no one owns chickens, it became clear that the hens had been left in a poor state and abandoned in the area.

They were taken to a vet for some treatment and once they’re back to full health, the charity will look to rehome them.

Around 15 white hens were abandoned in a field in Hempstead in Norfolk in October. Inspector Emily Astilberry attended to try and rescue the chickens but they had scattered over a wide area; sadly some of them were hit by passing vehicles on the road nearby, some were predated on and five were rescued by the charity.

Emily said: “We attended every day for a week trying to find all the hens. It was a huge area to search for them so unfortunately we only managed to catch five. It’s impossible to know exactly why they were abandoned and dumped in the field but I do think it was due to fears regarding bird flu. A housing order was put in place in Norfolk before the England-wide order due to a localised bird flu outbreak and they were dumped on the day this came into force.

“It might be that their owner had nowhere safe indoors where they could keep the birds or it could have been due to a fear of the disease.”

For information on bird flu and how this impacts poultry and consumers visit the RSPCA Assured website.

‘There is a concern that the NHS is not ready for the sort of medicine that we saw data around earlier this week.’
Investigation on paddleboarding accident resulting in four fatalities in Haverfordwest released