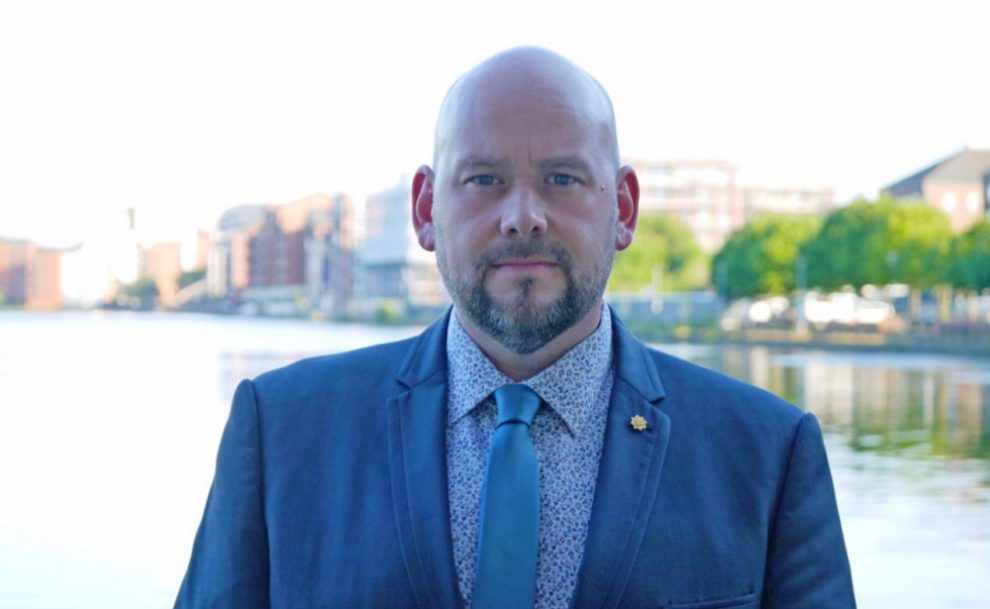 Carl Harris, a longtime work colleague of Plaid’s leader, Adam Price MS, left the job he’d held since last year while the Party of Wales is gripped by internal division, rumours of a poisonous atmosphere among the Senedd Group, dissatisfaction with Adam Price’s leadership, and questions about when the Party’s leadership knew of allegations of misconduct levelled against Rhys ab Owen MS.

One sympathetic Plaid member told The Herald: “Carl has been thrown under the bus.”

At the beginning of November, The Herald exclusively revealed TWO senior figures in the Party of Wales face an internal investigation following allegations of serious misconduct.

A former Plaid Cymru employee made the allegations via Twitter. Although The Herald has screenshots of the allegations, we cannot detail them or identify the persons they relate to for legal reasons.

The tweets allege a toxic culture within Plaid Cymru, echoing the “Pestminster” scandal that engulfed the House of Commons in 2017/18.

Shortly after we broke the story, Plaid suspended Rhys ab Owen MS after a complainant went to the Senedd’s Standards Commissioner regarding his conduct.

Mr ab Owen was not one of the senior figures identified in the tweets subject to our original inquiry to Plaid.

Since Mr ab Owen’s suspension, The Herald has received further information from within Plaid’s ranks. That information alleges that Plaid leader Adam Price knew of the issues regarding Mr ab Owen long before they became public. If that is true, and Plaid Cymru last week declined to comment regarding Mr Price’s knowledge of allegations against a member of his Senedd team, it places Plaid’s leader in a difficult position. We understand that when the accusations against Rhys ab Owen became public, Mr Price told Plaid’s Senedd group he knew nothing about them beforehand.

Information sent to us by a third party, which we put directly to Plaid Cymru, contradicts Mr Price’s denial. Moreover, the correspondence identifies the complainant against Mr ab Owen by name, raising questions about how confidentially Plaid treats whistleblowing complaints.

We put the confidentiality issue to Plaid Cymru, and the Party declined to comment.

The extent of the factional poison spreading within Plaid surfaced when a Twitter account calling for Plaid MS Delyth Jewell’s deselection briefly appeared. Soon after we sent an inquiry to Plaid Cymru HQ regarding that account’s content asking whether the person responsible would face disciplinary action, the Twitter account disappeared.

Shortly before that account appeared, we received a copy of an email from recently-appointed Plaid Chair Marc Jones.

In the email, Mr Jones says: “Based on what I’ve heard over these past few weeks, my main priority now is to safeguard the well-being of staff and learn the lessons from hearing their experiences.”

Mr Jones revealed the Party was already working with an external company to advise on HR matters. He says the external company’s work is well underway and will lead to robust HR processes and systems, in addition to looking at wider cultural issues.

Plaid’s National Executive has established a Working Group chaired by former Plaid AM and Director of Deryn Consulting (a PR firm and lobbying organisation) to examine “all work streams currently in motion”.

Nerys Evans’s “deep review into the Party’s internal systems, processes and culture will report back to the NEC by Spring 2023”.

Given that some allegations of internal bullying concern members of the NEC, it remains to be seen whether the Party is prepared to mark its own homework honestly and restore some semblance of trust and balance with an increasingly alienated membership in its traditional heartlands.

We asked Plaid about the content of Marc Jones’s email, inviting it to identify the external HR firm and whether it or its employees had any pre-existing relationship with Plaid Cymru. We also asked how long the external HR company had worked with the Party.

The Party refused to provide the information requested.

We asked the Party to explain the process which led to Nerys Evans’ appointment and to identify other members of the Working Group.

The Party refused to supply that information.

We asked for an outline of “the streams currently in motion” and confirmation they referred to all recent allegations regarding the conduct of senior Plaid members and employees.

In fact, to all of our enquiries, a Plaid spokesperson told us: “It is not appropriate to comment further while processes are ongoing.”

The secrecy regarding the HR company’s identity or why Plaid won’t say how long it’s been working with the Party is mystifying. The failure to disclose the identity of those in the internal working group leads to inevitable questions about the potential personal, ideological, and political agendas of those involved.

For a Party which Marc Jones claims “is nothing without its staff and members”, blanket secrecy does not suggest Plaid’s leadership is interested in talking to anyone but themselves.