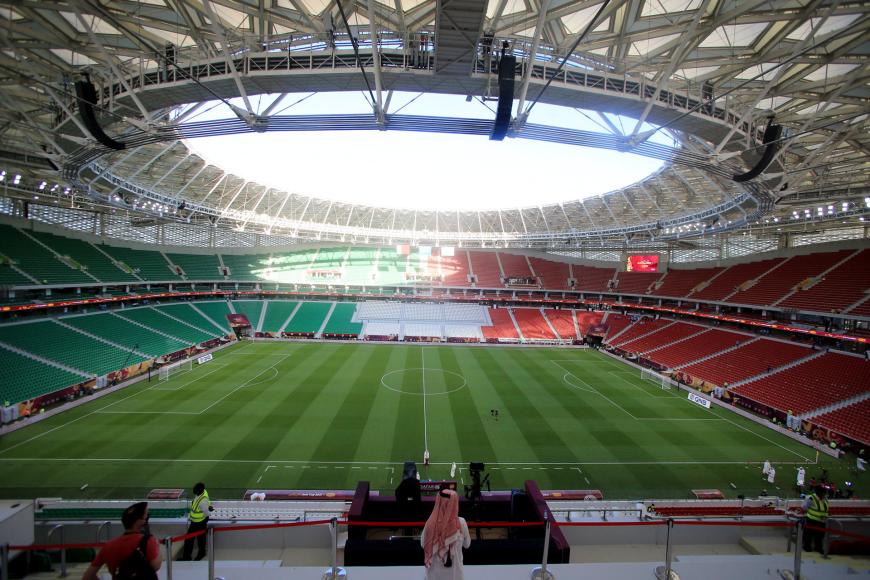 IN JUST one month the Fifa World Cup will be taking place for the 20th time, having first been held in 1930. The tournament takes place every four years (much like the general election) where teams will compete against one another to win the World Cup. The team currently in the lead since the last games took place 4 years ago, held in Russia, is France.

This year the games are being held in Doha Qatar, a country that represses the rights of lesbian, gay, bisexual, and transgender people and punishes same-sex relations with up to seven years in prison.

So if you yourself happen to identify as lesbian, gay, bisexual or transgender. Or perhaps feel your gender identity lies somewhere in the middle amongst the gender spectrum. Whether you identify secretly as a snail, behind closed doors, only meeting others discretely for a night of passion. You may find yourself asking, why as an LGBT person would I want to fly to a country that completely opposes my very existence as a human being.

You might, as an LGBT person, especially if you happen to be a football fan, agonise over the question over and over, thinking why God was I chosen to live this life? Can’t I just live a normal life like most other heterosexuals and procreate and have my own nuclear family? Should I walk around with a sign tattooed on my head saying “I am LGBT” making it overtly obvious to any passers by that your sexual preferance and gender expression is different to that of ‘the norm’.

The answer is, simply that, – you can do just that, if you so wish! Provided you have the appropriate healthcare and a place you can call home. Not to mention a job to support yourself and your family.

So then, the real question begs again… If it is illegal to identify as openly gay or trans in Qatar, then why in my right mind, even if I i am myself a muslim and read the Quaran every night before bed would I want to travel there to watch the World Cup and support a huge host of different teams all competing to win this years tournament?

Rasha Younes; a journalist for the The Globe and Mail wrote: “Long-term legal reform should prioritize the realities of LGBT residents of Qatar, including by introducing legislation that protects against discrimination on the basis of sexual orientation and gender identity, online and offline.”

Drawing on the topic of LGBT rights and the theme of the World Cup, Welsh fans this year will be able to travel to Qatar for this year’s epic Fifa World Cup tournament, the first of their kind to be hosted in the Arab world and the second of their kind held entirely in Asia after the 2002 tournament in South Korea and Japan.

Should fans wish to travel to the tournament this year from Wales could prove difficult since Cardiff International Airport have cancelled their daily flight path direct from Cardiff to Qatar. (CIAL) officials say that it is a vital gateway to Wales for business, tourists and general travellers alike. It is vital for Wales’s economic development that we have strong international connectivity to and from Wales as well as a welcoming open door for tourism.

Plaid Cymru’s Equalities spokesperson, Sioned Williams MS, said: “Plaid Cymru condemns Qatar’s unacceptable stance on LGBTQ+ rights and hopes that the presence of the Cymru squad in this year’s World Cup will play a part in changing attitudes and the law in the country.

For the Welsh fans who have said that they will not attend the World Cup due to the stance of Qatar on LGBTQ+ rights, we must ensure their concern is heard around by Governments at home and abroad.

“We will continue to push for international action to ensure equality and safety for the LGBTQ+ community of Qatar.”

It is a concern not only for supporters here in Wales, but all LGBT people around the globe. Especially those that want to have equal opportunities in the sporting world.