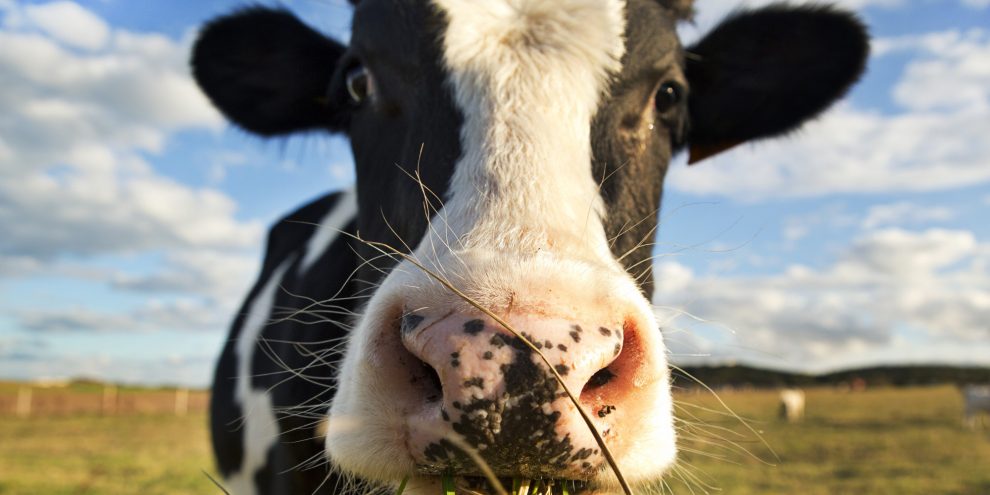 THE WELSH Government is pressing ahead with controversial plans, which farming unions say will force small dairy farms out of business.

At the end of January, Labour’s Rural Affairs Minister, Lesley Griffiths, announced the whole of Wales would be declared a Nitrate Vulnerable Zone (NVZ).

The measure aims to curb river pollution incidents by farm waste and run-off from fields onto which farmers spread slurry.

Slurry is a powerful pollutant that removes oxygen from the water, killing fish and other wildlife such as aquatic insects if it leaks into watercourses.

Among other provisions, the new rules will prevent farms in Wales from spreading slurry on their fields from mid-October to the start of February

The Government’s critics accept ‘one pollution incident is one too many’. They have all warned the Government’s policy will have wide-reaching and unintended consequences. Those critical of the Welsh Government include the Conservatives, Plaid Cymru, the FUW, NFU Cymru and TFA Cymru.

So far, their pleas to Labour to reconsider its policy have fallen on deaf ears.

Critics have directed particular fire at the Government for ignoring the advice of its own environmental regulator and enforcement agency, Natural Resources Wales (NRW).

The EU regulations cut and pasted by Labour are decades old, currently being reviewed by the EU, and intended only for intensively farmed areas. The overwhelming majority of Welsh farms are small, single units, often owned by the same family for generations.

The impact on Wales’ rural communities could, says the Farmers Union of Wales, drive small farms out of business.

FUW Milk and Dairy Produce committee Chairman Dai Miles said: “These regulations will have massive financial and production impacts for dairy farms of all size and type. Tenants and the small and medium family dairy farms will be most likely to go out of production due to them.

“For many family farms, this will be the end of production. The level of investment needed will be the final straw. These regulations will decimate the tenanted dairy sector and scupper the plans of many young farmers and farmworkers who want to get a foothold on the dairying career ladder.”

Mr Miles pointed out the irony of Labour members who oppose intensive farming and so-called ‘super dairies’ creating circumstances which are likeliest to cause their creation.

On Wednesday (February 24), the Senedd debated a Conservative motion calling on the Welsh Government to reverse the Wales-wide Nitrate Vulnerable Zone’s introduction. The Conservatives asked Labour to bring forward proposals to tackle pollution in Wales based on what Wales needs now and not what the EU decided thirty years ago.

Predictably, with scarcely any of its members representing rural constituencies, Labour rejected the Conservatives call.

We spoke with the Conservatives Shadow Rural Affairs Minister, Janet Finch-Saunders, after the debate.

Mrs Finch-Saunders was clearly exasperated by Labour’s refusal to reconsider its position.
“I’ve counted eight occasions on which Lesley Griffiths (the Rural Affairs Minister) has promised not to introduce these regulations during the Covid pandemic. Eight! The pandemic is still going on. We’re all still in lockdown. The only thing that’s changed is that there’s not long of this Senedd term left to go, and Labour wants to polish up its green credentials.

“I’ve got a great deal of respect for Lesley, but I don’t know whose advice she’s listening to. I can tell you it’s not the farming unions and not its own experts. The Welsh Government convened a working group to advise it. The group reported to Lesley Griffiths almost three years ago with 45 recommendations. Its members haven’t even had a response.

“It’s another of those cases where the Welsh Government goes through the rigmarole of holding a consultation and then ignoring results and recommendations it doesn’t like. It’s done that over and over again to farmers for years.”

“Labour has just abandoned farmers. It’s a precarious business to be in when times are good. When times are rough or uncertain, the last thing Welsh farmers want is a demand they stump up money they don’t have to pay for regulations Welsh farming doesn’t need. Certainly not in the form Labour is going about it.”

We asked what the costs to farmers of complying with the new regulations would be.

Janet Finch-Saunders said: “The upfront capital costs of the NVZ could run to £360 million. The Welsh Government is offering £13 million to meet the expense. £360 million! That’s £99 million more than the latest total income from farming in Wales.

“Even NRW says the overwhelming majority of pollution incidents are so minor, they have no discernible effect. Yet, on Labour ploughs. Ignoring the evidence and making up its own.”

Janet Finch-Saunders concluded: “Labour has abandoned our farmers. They don’t care about them and aren’t much bothered about rural Wales either. Farmers are at the ends of their tethers. Even the normally upbeat ones think this will be the end of them. If it is, we should remember it will also be the end of a way of life which holds rural Wales together.”

Plaid, which supported the Conservatives’ motion, will next Wednesday (March 3) use its own opposition debating time to call in the Minister’s decision. That move would delay the regulations’ commencement until after May’s election. At that point, Labour might be more willing to sit down and do some horse-trading.

Many in the industry think that the last point motivates the Welsh Government’s stance.

Elin Jones, Ceredigion MS, said: “Our industry faces unique challenges over the next few months and years. We have funding cuts to the Welsh agriculture budget. TB continues to paralyse and place burdens on so many farms. Brexit and the Coronavirus have created much uncertainty and disrupted normal market conditions.

“The Welsh Government’s recent decision to impose Nitrate Vulnerable Zone legislation across the whole of Wales from April 1 is excessive, with huge cost implications to farms.

“We know that Natural Resources Wales has said that only 8% of Wales needs to be included as Nitrate Vulnerable Zones to eliminate water pollution. NRW has also previously advised against implementing the legislation in all parts of Wales, warning it could make pollution worse and have severe resource implications.”