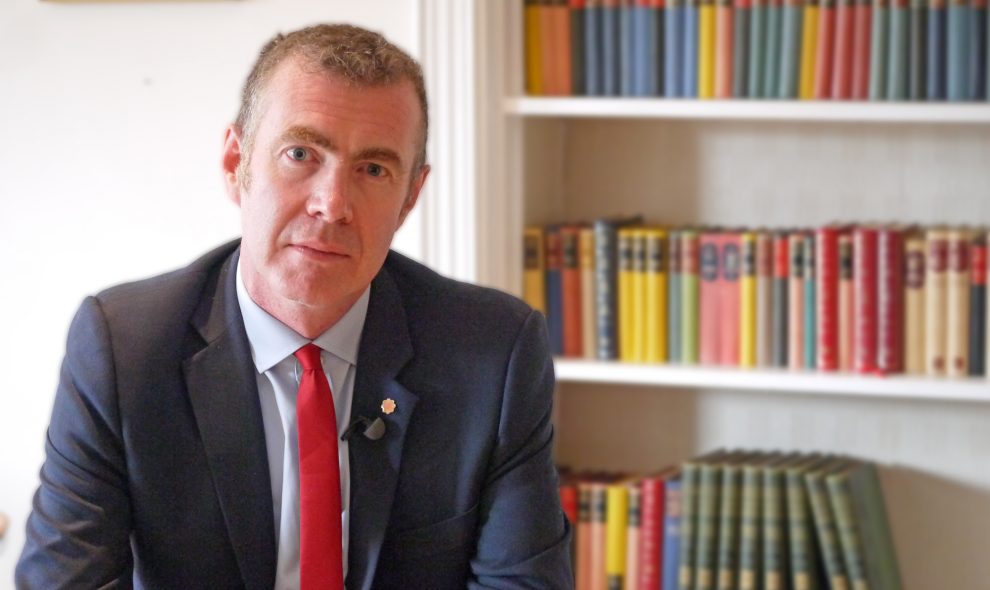 PLAID CYMRU Leader Adam Price has today accused the Labour Welsh Government of leaving Wales with a “woeful economic legacy” as a consequence of failing to support indigenous Welsh businesses and create well-paid jobs after 22 years in power.

Adam Price said that Wales had been “locked in” to a low-wage economy due to the “double hit” of Labour’s lack of economic competence coupled with their lack of ambition when it comes to standing up to Westminster and demanding more powers.

He added that a Plaid government would adopt a “jobs, jobs, jobs” mantra, and reiterated how his party’s plans to create up to 60,000 jobs in key sectors such as public services, infrastructure and energy would “transform our country”.

“For many years, relatively low unemployment figures have hidden one of Wales’s worst economic problems – poverty pay. Welsh workers are still earning roughly £50 less per week than their counterparts in England and Scotland.

“This is the woeful economic legacy of 22 years of Labour at the helm who have categorically failed to deliver high-skilled, well-paid jobs in all parts of Wales.

“The pandemic has compounded this problem by leading to thousands of people losing their livelihoods and driving many other businesses right to the brink.

“A Plaid Cymru government would not only create more jobs with our plans to employ up to 60,000 people in sustainable roles such as in public services, infrastructure, and energy but crucially jobs that would put more money in people’s pockets.

“From Aston Martin to Ineos, Labour have repeatedly courted global corporations whilst neglecting homegrown Welsh companies with the potential to thrive and create meaningful employment for people in their local communities.

“A Plaid government would adopt a “jobs, jobs, jobs” mantra, making up for the lost years in which Wales has been locked in to a low-wage economy due to Labour’s incompetent handling and their lack of ambition in standing up to Westminster and demanding more economic levers.

“This will only change when Wales has a First Minister willing to take personal responsibility for the economy and lead a government that is feared and respected by Westminster, not neglected and ignored.”