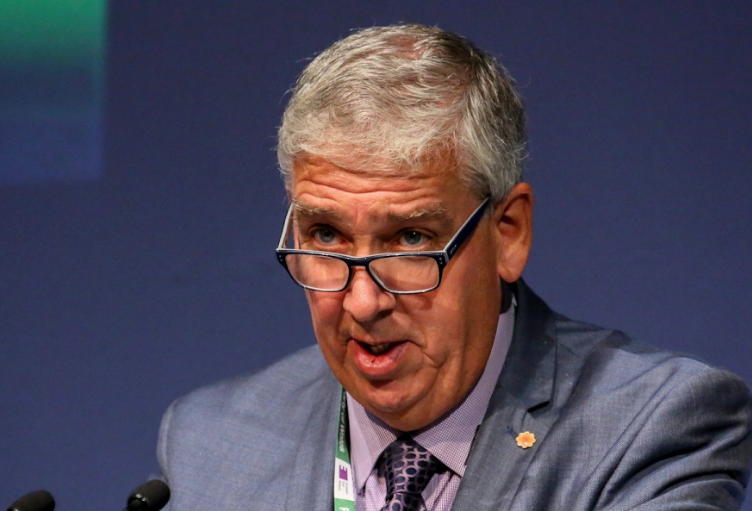 Luke Sinclair
Add Comment
PLAID CYMRU Leader Adam Price has paid tribute to North Wales Police and Crime Commissioner Arfon Jones who has announced he is standing down at the next election.
Mr Jones of Plaid Cymru is the region’s second-ever police and crime commissioner and has been PCC since 2016, and the next election had originally been due to take place last May but the vote was put back a year because of the Covid-19 pandemic.
Arfon Jones said: “The main reason I have decided not to seek re-election is that I will have been working for more than 46 years by the time of the next election.
“As a result of the pandemic, the term of office was extended for a year. I started thinking about this last May but I didn’t talk to anybody else about it until three months ago.
“I have achieved a lot in the past five years and it is going to be more difficult to make a difference next time because of the pandemic, Brexit and the fact that the term of office has been curtailed to three years.”
Plaid Cymru Leader Adam Price MS said: “We are indebted to Arfon Jones for his tremendous contribution as the Police and Crime Commissioner for north Wales.
“From launching Checkpoint Cymru – a project to address the underlying causes of offending; commissioning over £2 million worth of services to support victims of crime; leading the charge in tackling domestic violence and to more recently keeping our communities safe during the Coronavirus pandemic, Arfon’s considerable achievements in office are a testament to his commitment to the constituents he serves.
“On behalf of Plaid Cymru, I would like to thank Arfon Jones for his contribution to Welsh public life and send him our warmest wishes for the future.
Plaid Cymru Chair Alun Ffred Jones added: “From safeguarding the most vulnerable in our society, protecting our communities and preventing offending and reoffending, Arfon Jones’s tireless work has helped make North Wales a safer place.
“A true public servant, he will be remembered for representing the people of north Wales with determination and for fighting to ensure that the voices of victims of crime are heard within the justice system.
“On behalf of Plaid Cymru, I wish him all the best for the future.”
Mr Jones succeeded Winston Roddick in the Police and Crime Commissioner role and had a 12,000 majority over Labour’s David Taylor in the last Police and Crime Commissioner elections in 2016.
The elections for the role of Police and Crime Commissioners in England and Wales are scheduled for Thursday, May 6, the same day as voters head to the polls in elections to the Welsh Parliament.