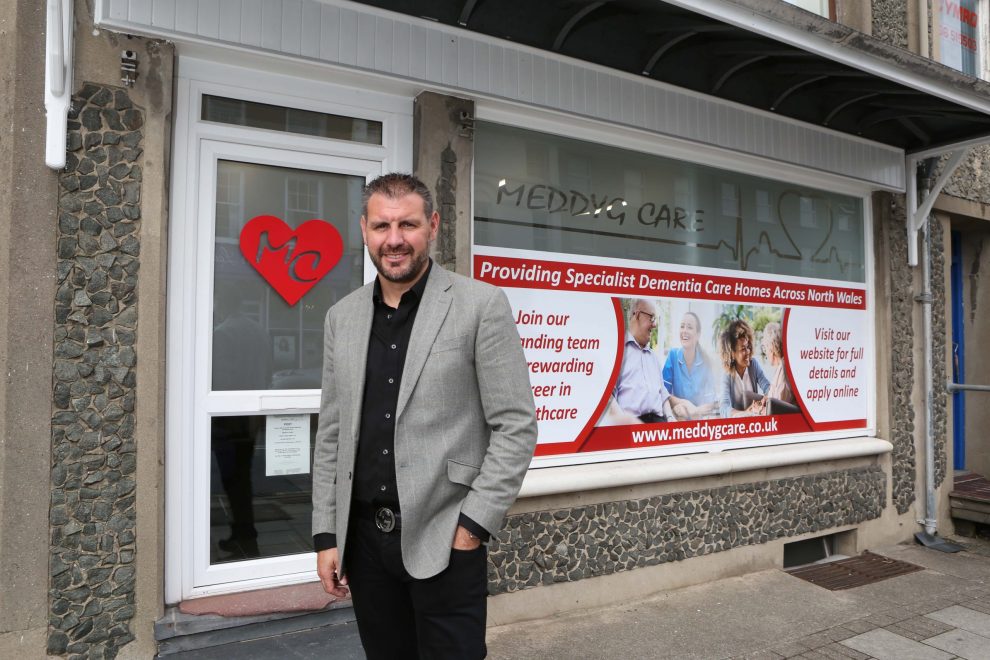 A NORTH WALES council has been issued with a High Court Writ to recover care fee arrears it owes to a specialist dementia home.

Meddyg Care Dementia Homes took unprecedented action against Gwynedd Council after it ignored a judgement made by Northampton Small Claims Court in April ordering it to repay £44,529.46 in fee arrears accrued since March 2021 at its 40-bed Criccieth home.

The order gives High Court Enforcement Officers the power to seize assets at Gwynedd Council to sell and repay the debts owed – plus costs and interest – if the council does not comply and pay the outstanding bill.

Meddyg Care, which also owns a 44-bed home in Porthmadog, said it was left no choice but to launch legal proceedings in February this year after Gwynedd Council’s fees fell well short of the sum needed to provide adequate care for its clients and remunerate staff – forcing it to operate at a loss.

Social care champions Care Forum Wales (CFW) said the case was the first of its kind in Wales and demonstrated a gross and unlawful abuse of the council’s responsibilities to frail and vulnerable people in its communities.

According to CFW, the case is the ‘tip of the iceberg’ and provided blatant evidence councils were ignoring official guidelines that state they must “take into account the legitimate current and future costs faced by provider”.

Kevin Edwards, managing director of Meddyg Care, said Gwynedd’s fees covered just 28 hours of personal care for its clients per week – when most required ‘in excess’ of 44 hours.

The 43-year-old, from Porthmadog, said he had been forced to invest £700,000 of personal funds last year to sustain the home in the future without sufficient financial support from the council.

“We never thought it would go this far but enough was enough. Effectively, all they are doing is depriving vulnerable people within our community of the necessary funds to pay for their care,” he said.

“I want to ask for a vote of no confidence in the health and social care department of Gwynedd Council as clearly they are not looking out for the people in our community, especially the vulnerable who have dementia and need specialist support.

“One of Care Inspectorate Wales’ regulations is that you have to run a business which is financially sound. We were going to operate at a loss if we accepted their fee – it was significantly lower than what we needed.

“We had six months of correspondence between ourselves and the council and we tried to engage and demonstrate our costs. They refused to accept it and it left us with no choice to launch legal proceedings in the small claims court.

“I feel very sad we’ve had to go down this route to get the appropriate fee but sadly it’s not an exceptional case. The general public need to know how they are abusing these providers.”

Mr Edwards said Gwynedd Council had offered Meddyg Care a fee of £683.90 per client per week which fell far short of what was needed to cover their true costs.

He contrasted that with the rates in Torfaen in South Wales where the local authority just increased its fees to £885 a week for residential EMI and £944 for nursing EMI which were far more realistic.

One of the biggest challenges impacting the organisation was recruitment and the ability to attract and retain highly skilled staff when the profession was among the lowest paid.

He said the firm had signed up to the Living Wage Foundation last March to provide its care workers with the Real Living Wage of £9.90 per hour. This added a five per cent increase to its fees but was vital for future sustainability.

“We are a specialist dementia care home – we are not a run of the mill residential care home with standard running costs. The level of care for these individuals is very high,” he said.

“We know utility bills are going up but we cannot provide a service unless we have great staff. And when you’re competing with large supermarkets , you have to pay a Real Living Wage.

“We needed to do these things to be competitive in a local area where bigger businesses could pay a lot more. We also wanted to reward people appropriately. You have to have a lot of specialist qualifications and courses to provide the level of care we offer.

“We have gone a step further by providing accommodation as well, purchasing property to house staff so they can live and work locally. It’s investing in our staff. This is all part of what makes our service.”

Mario Kreft, Chair of CFW, said the court’s judgement backed up what they had been saying for a long time – that underfunding across the sector was unlawful and driving many homes out of business.

“Local authorities in Wales have received an additional £36.5million to meet the extra costs of paying staff the Real Living Wage. Why then, in North Wales, are they refusing to pass on this extra funding to the frontline of social care?” he said.

“Our care workers deserve every penny of this uplift for putting their lives on the line during the pandemic and for the fantastic job they continue to do to protect the vulnerable.

“I applaud Meddyg Care’s courage for bringing these legal proceedings and shaming these decision-makers for failing to do the right thing. We have been saying for a long time that fees are unrealistic and unsustainable and I am glad the law agrees.

“I hope it sends out a clear and stark warning to other North Wales authorities to take their duty of care much more seriously and recognise the true cost of providing social care.”

CFW’s view had been borne out by legal advice issued by Merthyr Council’s officers ahead of a decision by the cabinet to implement fee increases of between 16 and 22 per cent.

The advice to Merthyr councillors said: “If a Council deviates from guidance without a considered and cogently reasoned decision it acts unlawfully and in a manner which is amenable to challenge and judicial review.”

Mr Kreft added: “It really should not come to this. Care Forum Wales has been working with Welsh Government and the Welsh Local Government Association on an appropriate toolkit to calculate fees but which unfortunately local authorities won’t use.

“Where local authorities take into account the proper costs as has happened recently in Torfaen and Merthyr, the burden does not fall on families having to make up the difference which they would not and should not have to do if the fees were realistic.

“A recent investigation by Care Forum Wales revealed there is a growing North-South divide in the rates, with local authorities in North Wales lagging well behind many councils in South Wales.

“What we need now is a new national approach to fee setting rather than having a post code lottery, depending on where you live.

According to Mr Edwards, the value of the money outstanding from Gwynedd Council was much higher than that covered by the judgement, with a separate bill for £66,000 of arrears at its Porthmadog home.

Additionally, he said, Meddyg Care was owed £200,000 from the Welsh Government’s Social Care Recovery Fund which he said the council had failed to pass on despite promising remuneration to cover the cost of temporary and agency staff during a Covid outbreak at the home last year. Both bills have not been pursued at this stage.

“I’m engaging with our councillors who have seen the correspondence and are horrified by it,” he said.

“What makes it so hypocritical is that they pay their own residential homes a much higher fee but are happy for us to operate on a lower rate even though we provide more specialist care.

“I’ve now had confirmation through email that they are not allowing any placements at our homes which is against the law. Given all the correspondence I’ve seen, they’re trying to push it back on the Welsh Government.

“The truth is care providers in North Wales are short-changed. We are treated like the poor relations of the south. Ultimately, the responsibility lies with Gwynedd Council. They need to engage with people – they’re not commissioning services properly. This is taxpayers’ money and it’s being misused.”