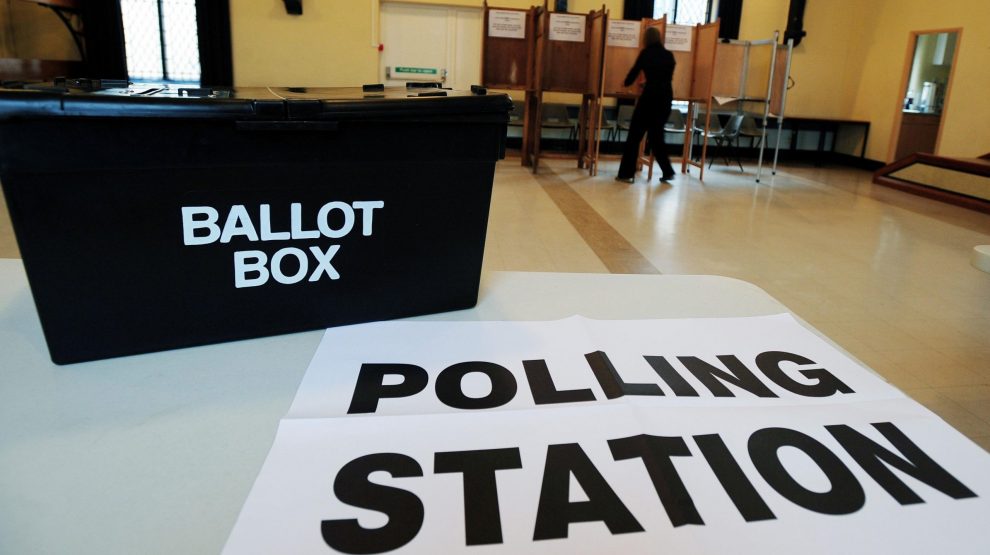 THE CONSERVATIVE Party has not, traditionally, been that keen on unions.

Under Margaret Thatcher, it spent much of its first years in government after 1979 eroding trades unions’ power and influence.

Over the last quarter of a century, the tiny and vocal minority of Conservative MPs who opposed the European Union became a small and very vocal minority who managed to persuade enough of their colleagues and voters to back leaving that Union.

WHAT SORT OF UNION?

The Union upon which the Conservatives are very keen is the Union which the United Kingdom of Great Britain and Northern Ireland represents.

Until the Acts of Union with Scotland and Ireland, ‘Great Britain’ did not – strictly speaking – exist. Even the word ‘great’ refers to quantity and not quality following the 1801 Act of Union.

Even the sixteenth century Laws of Wales Acts, which integrated Welsh and English systems, defined England and Wales’s geographical border.

The United Kingdom has always been one in which separateness between the constituent parts is carefully defined.

The limits and powers of the Union are determined by the Westminster Parliament, much as Brexit-supporters claimed the European Union exercised control over the UK.

As it turns out, that is the sort of Union with which the Conservatives are bang alongside. Just so long as foreigners are not involved and the English have control.

Having fought so hard with others and themselves to deliver the UK from the EU, Brexit-supporting politicians did not consider the effects their arguments about sovereignty would have within the UK. Brexit was everything, and its consequences would have to sort out themselves.

As they and the Westminster Government have found, once the national sovereignty genie is out of the bottle, it’s hard to get it back in.

The Westminster Government’s response has been to double down on Westminster’s control over the UK’s nations.

However much its ministers protest, and the Secretary of State for Wales doth protest too much, Westminster has seized powers from the devolved administrations.

The London Parliament now seeks to shape policy in every corner of the UK along lines that suit its agenda.

The tosh spoken about giving the devolved administrations more powers is drivel. The Westminster Government has only repatriated those powers which are technical rather than actual.

The UK Government has creamed off the money the EU would’ve sent to devolved administrations and kept control of it for itself.

The Labour Party in Wales can scarcely complain about the latter issue, although it is – bitterly. It was complicit in handing precisely those powers over to the UK Government.

When it did so, it probably had the naïve belief that the pendulum of government would swing back towards it at the next election fought by the Conservatives under Theresa May.

At least Esau got a mess of potage for handing over his rights.

All of which leads us to the Welsh Conservatives’ Spring Forum.

If the Union Flag was Marilyn Monroe at her beautiful best, Senedd Members and MPs could hardly have more passionately embraced it.

It’s nonsense, of course. But it feeds a consistent narrative that any alteration to the Union’s operation, let alone independence, will be ’a bad thing’.

When I interviewed Andrew RT Davies for this newspaper, he was polite, thoughtful, funny, and trenchant in his views.

He supported the Union, embraced it, defended it, and said that constitutional change was way down the list of most voters’ priorities.

He was a world away from the bizarre speech he delivered online to the Spring Forum.

Someone needs to have a word with his media team about presenting him to his best effect; from experience, the more informally, the better.

Andrew RT Davies’ assessment of voters’ priorities may or may not be correct – and you’d suspect rebuilding the economy, improving people’s quality of life and stabilising the health service – would be high on many voters’ list of policies.

However, the undercurrent of dissatisfaction with Westminster rule is now shaking the ground under Labour’s vote.

And, in Wales, it’s the Labour vote that counts most in electoral terms.

Twenty-two years of a devolved government has not delivered much for Wales.

Set aside the last twelve months, when the Welsh Government has demonstrably out-performed Westminster in its response to the pandemic, and the actual achievement for all that time in government is not an awful lot.

And it’s no use blaming that all the Conservatives. Until 2010, Labour held the reins in Westminster. As the old saying has it, Labour ‘didn’t fix the roof while the sun shone’.

With a more-or-less hostile government in Westminster for eleven years, Labour can point to moderating austerity and dealing with a shrinking public budget.

However, Labour is ultimately responsible for how the Welsh Government has spent – and misspent – resources over that period.

Labour’s record of backing industrial winners is mixed, at best.

It wasted vast sums of European funding on pie in the sky projects, which delivered little.

When it came to land transactions, it sold off the family silver for a song.

A look at public money distribution in Wales resembles not so much a flow chart as a mangrove thicket of quangos which are little more than extensions of the Welsh Government.

The Welsh Government’s whole apparatus is surrounded by the sense of a patron/client relationship between it and notionally ‘independent’ third sector bodies and agencies.

The ‘Bubble in the Bay’ has alienated large swathes of North and West Wales, whose population regards them as remote as Westminster.

In recent months, Labour painted Welsh agriculture as an environmental scourge rather than the lynchpin of Wales’ rural economy, the Welsh language, and Welsh culture.

The ignorance about the extent of the Welsh economy’s dependence on agriculture and rural enterprise baffles those in rural Wales.

Areas which feel left behind are understandably frustrated and angry.

It’s no use for Labour to look the other way.

They should look at where the polls suggest support for abolishing the Welsh Parliament is most robust and where it’s predicted to fare worst in the elections.

The gap between Labour and communities across Wales is growing.

May’s election is important not only as an end in itself but as a staging post to where Wales goes next and how it gets there.

When Andrew RT Davies pointed out Labour’s cynicism in making overtures to Plaid Cymru and voters who support independence, he was spot on the money.

The Welsh electorate didn’t vote for a Conservative majority government, but they also rejected Corbynism in vast numbers.

The inference to be drawn from those observations is that Welsh voters want something different.

Finding what ‘different’ is has not been addressed by the Conservatives, Labour, or even Plaid Cymru.

Until polls suggested increasing support for independence, Mark Drakeford offered nothing different to ’a strong Wales in a strong United Kingdom’.

Any Welsh Conservative could have delivered that sentiment. At one point, most probably did.

There is little or no new thinking behind a Damascene conversion to the cause of greater Welsh autonomy within the UK than electoral considerations.

You can guarantee that Mark Drakeford – like Labour’s Welsh MPs – would fall into line if Labour ruled Westminster.

The Conservatives remain foursquare behind the Union and will stay that way until either hell freezes over or until Labour wins a majority in Westminster.

The former looks more likely than the latter, as Kier Starmer struggles to rebuild the shattered wreckage of a party his predecessor left behind.

Whatever social media trolls might think, Conservatism is part of Welsh political life and will remain so.

The threat to the Conservatives is not unionism itself, still less Conservatism.

The Conservatives’ danger is chaining themselves to English nationalism and exceptionalism. That will never play well in large areas of Wales.

The Party’s enthusiastic embrace of a PM with the integrity of a chocolate fireguard before a roaring fire is also a hostage to fortune.

Plaid has been encouraged by the surge in opinion polls behind the idea of – at least – greater autonomy for Wales.

However, its poll ratings do not show that support for independence is the same as intending to vote for Plaid Cymru.

The trap for Plaid – as it was in the One Wales Government and the last Senedd term’s budgets – it carries the can, and Labour dumps its commitments at the first possible moment.

Worse, as was the case under Leanne Wood’s leadership, people like the message, but being everyone’s second favourite won’t result in power.

And it won’t progress independence one inch.

It’s up to the voters to change the Welsh Parliament and how it works better for them.

Which side, if either, will pick up the gauntlet first?