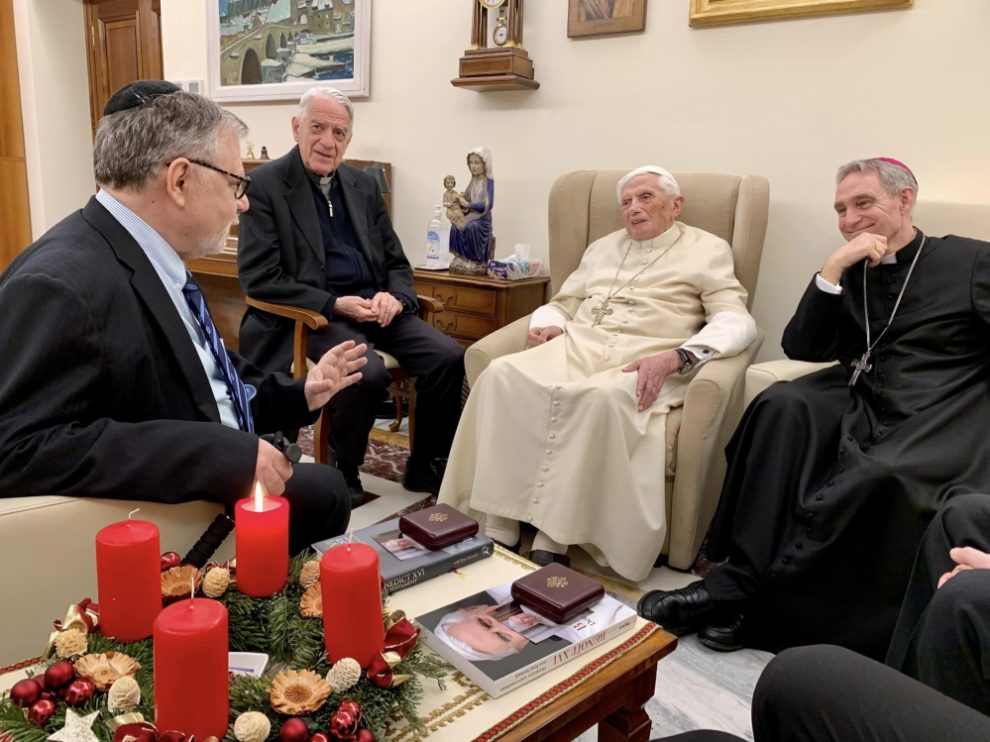 Francis made the appeal for the 95-year-old pope emeritus at the end of his weekly public audience on Dec. 28 in the Vatican’s Paul VI Hall.

“I ask to all of you a special prayer for the pope emeritus Benedict, who, in silence, is sustaining the Church,” he said.

“Remember him — he is very ill — asking the Lord to console him and to sustain him in this testimony of love for the Church until the end.”

Benedict XVI, who reigned as pope from 2005 until his resignation on Feb. 28, 2013, lives in a former monastery in the gardens of Vatican City.

On December 1, Pope Francis praised Benedict XVI for his role as pope emeritus and his contributions to the field of theology.

Speaking at the 2022 Ratzinger Prize award ceremony at the Vatican, Pope Francis said: “We all feel his spiritual presence and his accompaniment in prayer for the whole Church.”

“But this occasion is important to reaffirm that the contribution of his theological work and, more generally, of his thought continues to be fruitful and effective,” he said.