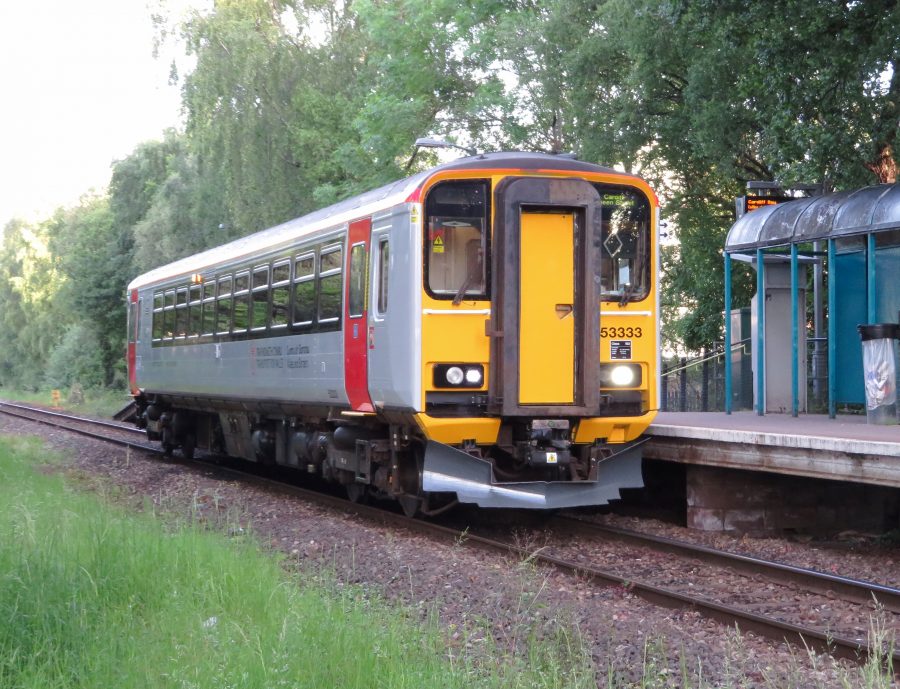 THE BIGGEST rail strikes in three decades are due to start on Monday night (Jun 20), bar an unlikely late breakthrough in talks, with trains cancelled across Great Britain for much of the week.

Talks between senior rail industry figures and union leaders were taking place through the day to try to avoid industrial action, although with little optimism from either side or government that any agreement could be reached.

The first of three 24-hour walkouts by 40,000 RMT members, including signallers, maintenance and train staff, will start just after midnight on Tuesday morning, with only one in five trains running on strike days and halting services altogether in much of northern and south-west England, Wales and Scotland.

Only four rail routes will be operating in Wales on the three strike days and at a reduced service. Services will start at 7am and stop at 6pm.

Major train stations including Swansea, Bridgend, Carmarthen, Llanelli, Aberystwyth, Holyhead and Llandudno will have no services. There will only be limited services from Cardiff, Newport, Pontypridd and stations on the Valley lines to Merthyr, Aberdare and Treherbert.

Full details of the timetable for the days of the strike have been published.

Customers can find these on the TfW, Traveline and National Rail websites using the journey planners.

Customers with existing non-season tickets valid for travel from Tuesday 21 June to Saturday 25 June can use those tickets anytime between Monday 20 June and Monday 27 June. Alternatively, customers can claim a full refund, with no admin fee charged. Season ticket holders can apply for compensation via Delay Repay.

In the meantime, TfW has suspended sales of Advance tickets for the first three strike dates in order to minimise the number of people disrupted. Customers are advised to continue to check the TfW or Traveline websites, and those of other operators, for updates.
Transport for Wales says passengers should not travel by train during the three strike days on June 21, 23 and 25. There are no strikes on June 20, 22, 24 and 26 but Transport for Wales said people should only travel if essential as services would still be affected.

Only services in Transport for Wales routes in one part of the Valleys and services on the mainline into Wales from London going as far as Cardiff will be operating. There will be no services west of Cardiff.

The strikes, over pay and attempts to reform the rail industry with post-Covid work patterns hitting commuter revenues, will cause six days of disruption, with trains limited to one an hour between 7.30am and 6.30pm on major intercity and urban routes. Services will start later and be reduced on subsequent days.

The action is being taken by Network Rail employees and onboard and station staff working for 13 train operators in England. The RMT said thousands of jobs were at risk in maintenance roles and that ticket office closures were planned, on top of pay freezes during a time of high inflation.

The walkout by signallers will have most impact, particularly in rural areas, leading to line closures in places such as Wales, where there is no direct dispute with the train operator. Most operators have told passengers to travel only if necessary on strike days. Northern Rail has advised passengers not to travel for the whole week.

While Conservatives have attempted to associate the union-backed Labour party with the strikes, Labour has pointed out that the transport secretary, Grant Shapps, and other ministers have refused to take part in talks.

Unions asked to meet ministers, saying the Treasury and Department for Transport control contracts and funding. Shapps said it was up to employers to negotiate, although train operating companies have been told they cannot offer pay rises, according to industry insiders and unions.

The shadow transport secretary, Louise Haigh, speaking on the BBC Today programme on Monday, said it was imperative that the government stepped in. She said: “Not only are they boycotting the talks, they are actually hobbling them .”

However, Simon Clarke, the chief secretary to the Treasury, told the BBC: “There’s no point giving false hope, if you like, that these strikes can be avoided. At this stage it is likely that they will proceed.”

The business secretary, Kwasi Kwarteng, is set to table legislation to allow agency workers to step in during strikes, which could be enacted by late July to apply to future industrial action. The RMT said it would be impossible to draft in people to replace skilled rail workers and a spokesperson said it was “playing to the gallery”.

Shapps said on Sunday it was “crazy” to suggest that the Tories wanted rail unions to go on strike, after Labour accused the government of encouraging the walkouts to go ahead in order to stoke division. He said the strikes were “unnecessary” and a result of trade union leaders “gunning for” a fight, accusing the RMT of planning to “punish millions of innocent people”.

Last week, Shapps told rail staff they risked “striking yourself out of a job”. Network Rail bosses estimate the stoppages will cost the industry about £150m in lost revenue.

Talks have been ongoing between Network Rail and the RMT but bosses admitted there was little hope of a breakthrough.

The walkouts are on 21, 23 and 25 June and a special timetable will be in operation from Monday, with some evening services curbed, until Sunday. About 20% of trains will run on mainlines and urban areas.

Adding to the commuter misery, a separate London Underground strike will also bring much of the capital’s transport to a halt on Tuesday. About 10,000 members of the RMT will walk out for 24 hours, closing most tube lines. Transport for London has advised people to avoid travelling on all of its services if possible, with buses likely to be crowded and slow on jammed roads.

The London overground and Elizabeth lines will also continue to be affected by the national rail strike throughout the week.

Other unions may join the rail strike later in the summer, in a move that could halt services altogether. The TSSA union, which represents control room staff and managers who step in to run contingency signalling, is balloting members at Network Rail and announced strike votes at more train operators last week.