Home » Ruth Jones’ thoughts on return of Gavin and Stacey 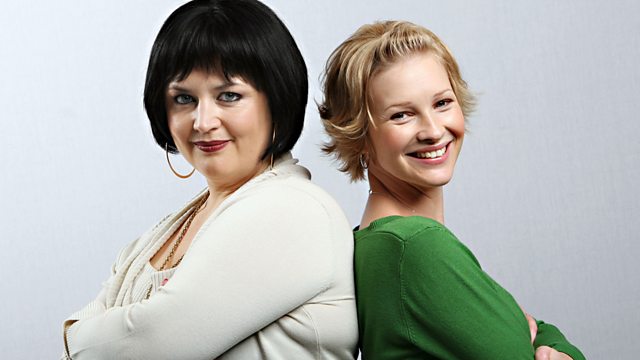 RUTH JONES, a welsh actor and comedian, has said what she thinks about the idea of making another season of Gavin and Stacey. The co-writer of the award-winning comedy, who also plays Nessa on the show, was on BBC’s The One Show on Monday. She talked about the show and her new book, Love Untold.

During the show, hosts Alex Jones and Jermaine Jenas talked about how the sitcom, which also stars James Corden, Joanna Page, and Mathew Horne, was voted by BBC viewers as one of the top 10 most loved shows as the channel celebrated its 100th anniversary. Only Fools and Horses, Blackadder, Doctor Who, and Line of Duty are among the other TV shows that are set in Barry.

In response, its creator Ruth Jones said: “It’s such an honour – it really is. And as you know, I’ve been on a book tour, going around the country, I met a 12-year-old the other day who is a massive Gavin and Stacey fan. I told her: ‘you weren’t even born then, when it first came out’ and she said: ‘I know, I love it.’

She added: “So many people have come to tell me, which again is a huge compliment, they watch it on iPlayer and it’s a real comfort show to watch. I think it’s because it doesn’t have cynicism and it’s a very loving show. I think that’s perhaps why it is. I feel very honoured to be in that Top 10, that’s a great, great privilege.”

The most recent episode of the show, the 2019 Christmas special, was watched by more than 11 million people. Many fans were eager to see if Nessa (Jones) and Smithy (Corden) really did end up together. Some fans have also asked if they’ll ever find out what happened on that famous fishing trip with Uncle Bryn and Jason.

When asked if there would be another series, Ruth Jones said: “Well, would I actually tell you if there’s going to be any more? People say to me, ‘you could be lying’ and I say ‘I know’.

“You know what, at the moment, there are no plans to do anymore. But James Corden is an absolute joy and I love him like he is my brother, and I love the fact he’s coming back to the UK next year. More than anything, I just want to see more of him and if we get to write together, that will be double bubble as Gwen would say. But never say never.”

The actress from Porthcawl then talked about her new book, Love Untold. It’s about four generations of Welsh women and their complicated relationship with each other. She said that the idea for the book came from her trip to New Quay, Ceredigion, for the genealogy show Who Do You Think You Are?, where she talked about her family history.

She said: “People have told me it’s a very moving book but it’s also funny, and it’s full of Welsh characters. If you do like Gavin and Stacey, Stella, or the TV stuff I’ve done, I think you’ll like Love Untold. It has that warmth and humour in it, and those Welsh characters”.

She added: “Just before lockdown, I did Who Do You Think You Are? Part of my journey took me to New Quay by the Pembrokeshire coast, I had never been there before, I didn’t know I had relatives from there and I thought it was such a beautiful place. There’s actually a place in the novel which is called Dylan’s Quay and it’s really based on New Quay. But I didn’t want to call it New Quay because I didn’t want people to be distracted and think: ‘there’s no café there, which one is she talking about?’.

She added: “So I’ve got Dylan’s Quay and Cardiff as well, which I know I live in Cardiff, I know Cardiff as well. So it’s very much familiar territory for me. I love writing Welsh characters – I’m at home with it, the sound of the accents, the different attitudes to life. It’s about heart and I think especially at the moment in this day and age, there’s so much angst going on. I think books, particularly for me, personally I find books a great place of escape, a great comfort. I think Love Untold is a comforting read and an entertaining one I hope.”

Why is ‘This Morning’ off air today?
Free digital platform is music to the ears of teachers and pupils