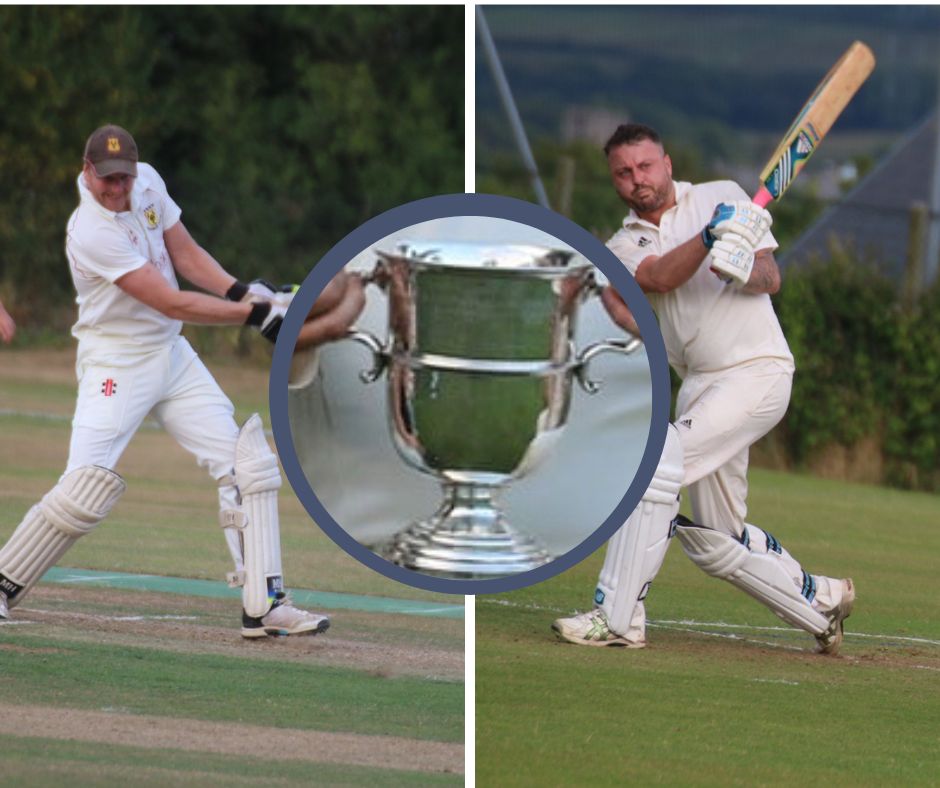 The game will be played at Pembroke and is sure to be another exciting final.

Both sides lost in the first round of last year’s competition but they have had an excellent run to the final and one of them will get their name etched on the trophy on Sunday evening.

Neyland won the 2021 tournament but they were beaten by Pembroke Dock this year while Carew won it in 2020.

Route to the final

Carew began with a trip to neighbours Cresselly in round 1. Carew were bowled out for 165 after scores of 41 from Gareth Lewis and Morgan Grieve.

Ceri Brace then took four wickets for Carew as they restricted Cresselly to 132-9.

In the second round, Carew faced Burton and came away with a narrow win. Carew could only score 129-8 in their innings following some good Burton bowling.

Brian Hall top scored with 49 for the hosts who then bowled equally as good as their opponents as they restricted Burton to 103-9.

Brace was again amongst the wickets as he took three, as did Rob Scourfield.

In the quarter final, Carew came up against St Ishmaels. Tish were kept to 138-8 in their innings as Mark White claimed three wickets while Max Brindley also took two.

Gareth Lewis then scored 53 before Nick Scourfield finished unbeaten on 55 to see Carew to an eight-wicket win and into the semis.

There they came up against another previous winner in Lawrenny and they again earned another big win.

Lawrenny scored 130-6 in their innings as four wickets from Barry Evans and two from Mark White prevented them pushing the score on.

Scott Richards scored 51 while Nick Scourfield, carrying on from where he left off in the previous round, finished unbeaten on 36.

Pembroke Dock enjoyed a comfortable win in their first round match against Llechryd.

Llechryd could only score 109-8 in their innings with Rob Hearn, Alfie Bowen and Niall Brunon were all amongst the wickets.

Jake Davies then finished unbeaten on 78 while Adam Phillips was unbeaten on 28 as the Dock earned a 10-wicket win.

In the second round, Pembroke Dock beat Narberth by 11 runs.

The Dock could only score 101-8 in their innings with Anton John scoring 27 and Adam Phillips adding 20.

John then took eight wickets to finish with outstanding figures of 8-12 to help bowl Narberth out for 90.

In the quarter final, they came up against holders Neyland. Neyland scored 162-5 in their innings with Bowyn Clark taking three wickets.

Anton Jonn’s score of 70 then set the Dock on their way to victory and Peter Kingdom finished unbeaten on 32 to see his side into the semis.

There they met Haverfordwest, in Llangwm, and it was Town who batted first, scoring 120-9. Anton John was again amongst the wickets with four and Bowyn Clark took two.

John then scored 33 before George Smith finished unbeaten on 41 to see his side into the final.

The final starts at 12pm and is set to be another exciting encounter.