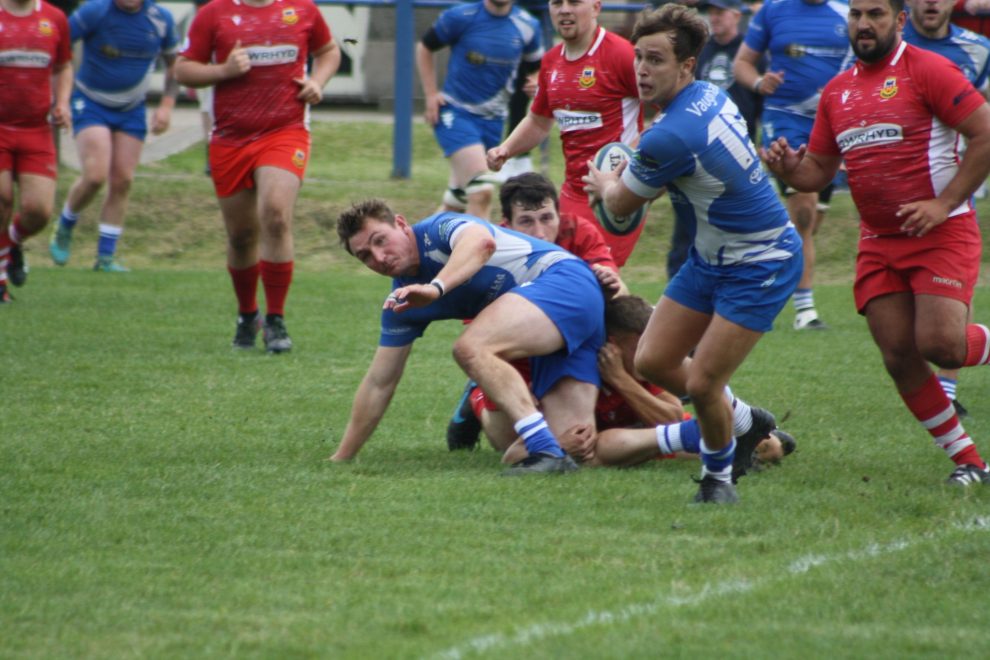 HAVERFORDWEST proved too strong for Amman United on Saturday (Sept 17) as they ran out 29-0 winners in the Division 3 Cup.

Jake Morgan scored an early penalty for the home side and tries followed from Will Blackburn and Craig Barnett.

Jake Morgan added two conversions as the Blues built up a 17-0 lead.

Frustrations were getting the better of the visitors as one of their players saw red following a scuffle.

John Mason then dived over in the corner for another try but the missed conversion saw the score stay at 22-0.

Another scuffle on the far side of the pitch then resulted in players from both sides being shown a red card.

As a result of the cards the teams were forced to play uncontested scrums.

The Blues scored one final try through Karl Busch and Jake Morgan added the extras to complete the scoring.

The next round of fixtures for Group L is scheduled for October 15. Haverfordwest are set to travel to Cwmllynfell while Amman United will host Llangadog.

On Saturday, September 24, Haverfordwest return to action in League 3 West A as they travel to Lampeter Town.