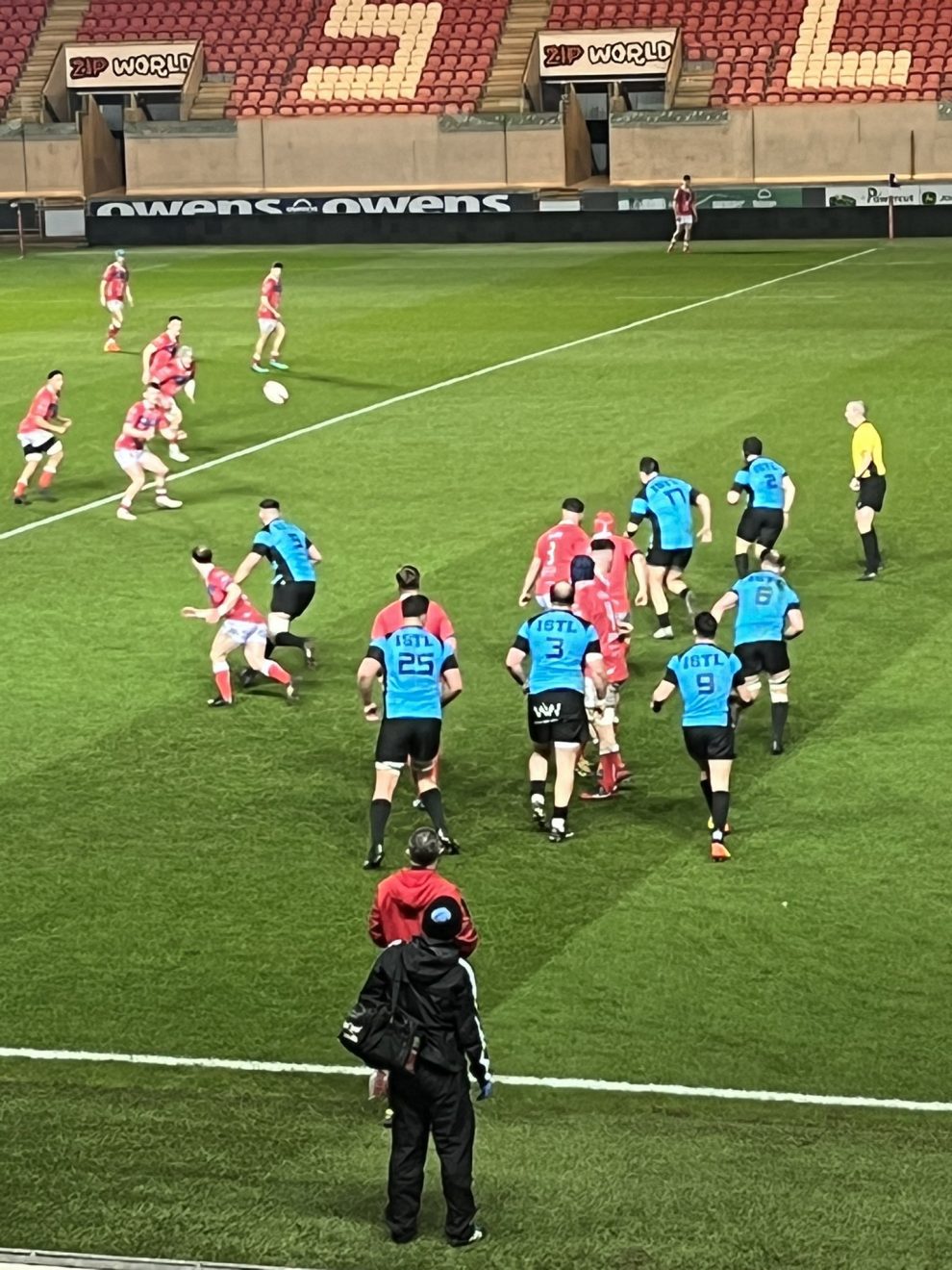 CARDIFF moved into second place in the Indigo Premiership on Friday night (Feb 25) as they beat Llanelli 5-22 at Parc Y Scarlets.

Cardiff started the game well and a rolling maul brought them close to the line. Llanelli did well to stop them but the visitors worked the ball wide for Theo Cabango who dived over for the game’s opening try.

The visitors pushed forwards again and Cabango soon had his second try to make it 10-0.

Llanelli then hit back before the break as they won a series of penalties in the Cardiff 22. They eventually worked the ball out wide for Amir Walji who raced over in the corner.

That made it 5-10 at the break and the game was still there to be won for both sides.

Llanelli made a promising start to the second half but penalties allowed Cardiff to regain the ball and they were able to push their way over the line with Alun Rees claiming the try. Jack Maynard added the extras making the score 17-5.

The Blue and Blacks then secured their bonus point as Evan Yardley touched down following another rolling maul. Jack Maynard sent the conversion just wide.

That was the end of the scoring and Cardiff saw the game out to seal their fourth win in five games.

They now sit two points behind leaders Newport who won on Thursday night.

Cardiff are next in action on Saturday, March 5, as they host Aberavon.

Llanelli’s next game takes place a day later as they welcome leaders Newport to Parc Y Scarlets, kick off 2:30pm.