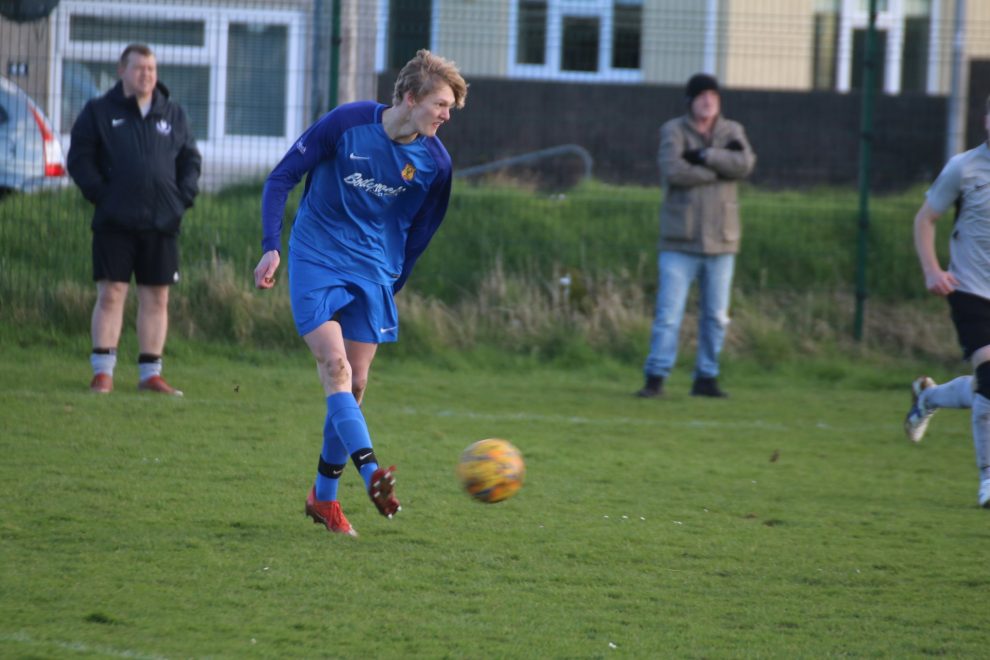 CAREW seconds booked their place in the quarter finals of the Division 3 Cup on Saturday (Mar 5) as they beat Pembroke Boro 6-1.

Ceri Brace put Carew ahead on ten minutes they made it 2-0 on 22 minutes through George Waters.

Carl Thomas scored Carew’s third to give them a commanding lead at the break.

Rob McNaughton pulled a goal back for the Boro in the second half as they threatened a comeback but goals from Dario Rossi and a second from Thomas all but ended those hopes.

Sub Harvey Drummond completed the scoring late on to make it 6-1 to the hosts.

Jacob Hipkiss also scored a hat trick for Tenby while other goals came from Daryl Mansbridge and Sam Butler.

Cieran Rees scored for Broad Haven but it proved to be a consolation.

Clarbeston Road seconds are also into the quarter finals after they beat Haverfordwest Cricket Club 3-2.

Richard Bevan put Clarby ahead but Tomos Morris equalised for the Cricket Club.

Jake Thomas then scored twice to give the visitors a 3-1 lead at the break. Travis Jones scored for the Cricket Club with fifteen minutes to go but they were unable to find a late equaliser as Clarby held on.

Cosheston also went through with a 3-2 win over Pendine.

Those results will see Clarbeston Road seconds host Fishguard seconds and Carew seconds will take on Camrose in the quarter finals.

Cosheston will host Goodwick seconds while Tenby will take on Lawrenny.