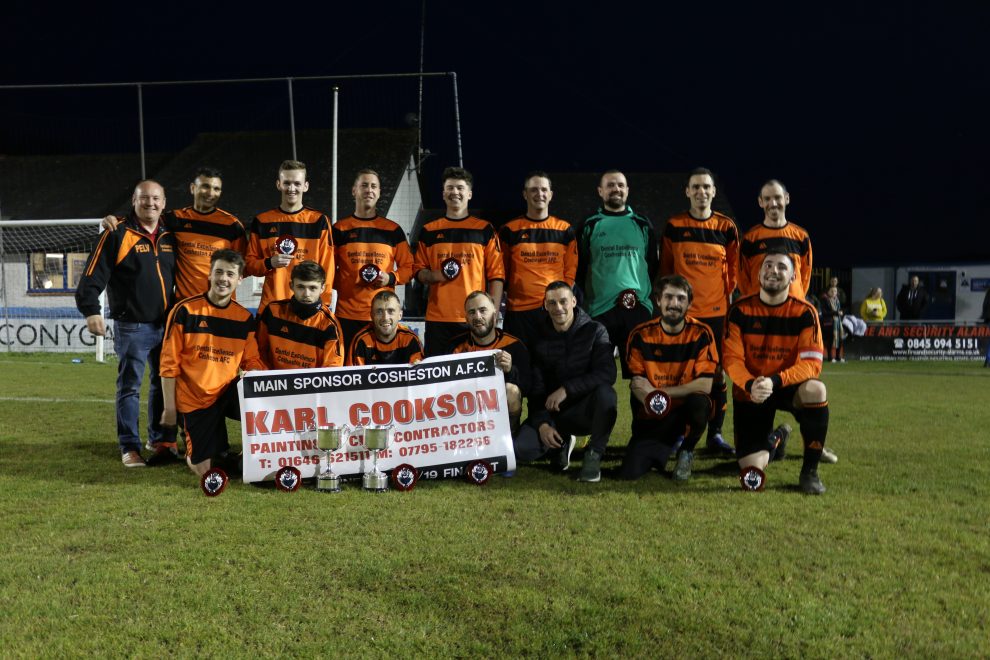 COSHESTON claimed a league and cup double on Wednesday night (Apr 17) as they won the Division 4 Cup Final at the Bridge Meadow.

They had already secured the league title a few days previous and on Wednesday, they took on Hundleton Seconds in the final.

Cosheston beat Pennar Robins III 4-3 in their semi-final and also beat Broad Haven II on their route to the final. Another good crowd came to watch the final at the Meadow and both Cosh and Hundy gave their all in a good game.

In a close first half, both sides had chances but it was Hundleton who came closest as they saw a shot hit the cross bar.

It remained 0-0 at the break with the game in need of a goal to liven things up.

Midway through the second half it was Cosheston who grabbed the crucial first goal as Simon Lewis headed in from a corner to make it 1-0.

Hundleton came forward looking to get back into the game but they were unable to find a way through as Cosheston defended well.

Cosheston saw the game out to seal an excellent double-winning season.