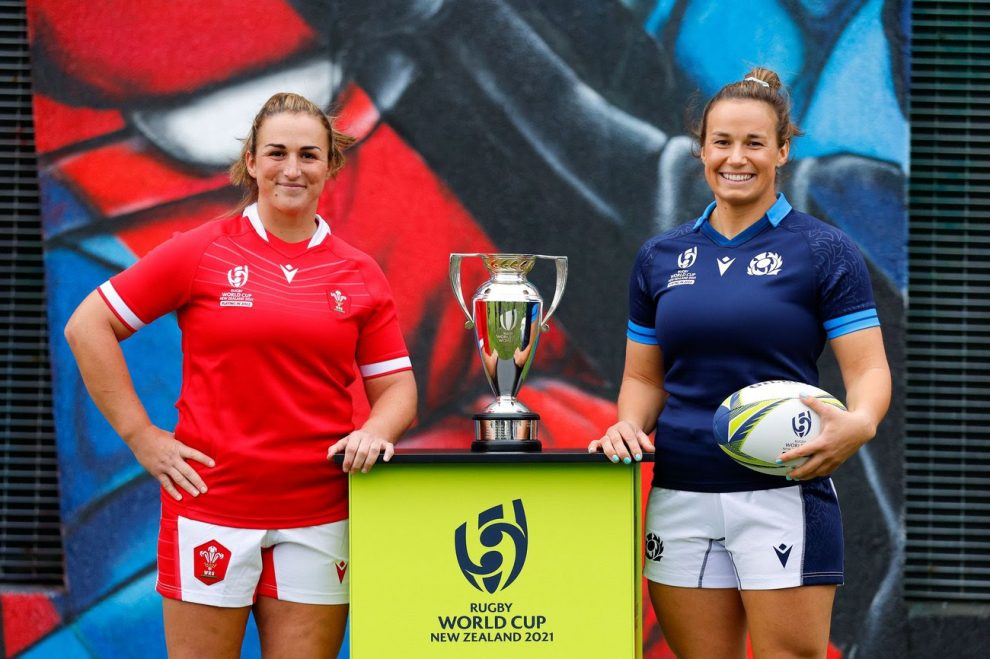 THE Countdown to the opening game for Wales in the Womens Rugby World Cup has well and truly begun.

Coach Ioan Cunningham’s side will kick off their Pool A games, on Sunday afternoon, at the Semenoff Stadium in Whangarei, against Scotland.

And that means it’s six days and counting for a squad who will, thereafter, face hosts New Zealand and Australia as they bid to reach the quarter final stage of this potentially record-breaking event.

Tournament organisers RWC have predicted that a record number of spectators will flock through the turnstiles over the coming weeks as the women’s games takes centre stage on the rugby calendar.

And there promises to be a bumper crowd in Whangarei this weekend as the tournament gets underway for all 16 teams.

The excitement and anticipation has certainly not been lost on captain Siwan Lillicrap. “It was great to get over the jet lag and to start preparing for what is the pinnacle of so many players’ careers to date.

“We are certainly enjoying each other’s company and the experience so far has been great. However, we have also hit the ground running in terms of our training.

“We’ve trained really well and we topped it off last week by training against USA which was really beneficial.

“We got to test out a lot of things and try out a few things too.

“Going into Test week, that was huge for us. Now, we need to work hard this week and make sure we front up physically, concentrate on ourselves and our game plan and go through the best processes.

“We have obviously looked back at our last fixture against Scotland and we can take confidence from that, but our focus really ramps up now and we are looking forward to Sunday’s vital game against them.

“The squad has trained really hard, but this week is certainly not about sitting back. We know that we need to keep developing and boosting our confidence in a bid to get off to a winning start.”

After a pre season in which the squad travelled to Canada and also benefitted from a cross-border clash with the old enemy, England, in Bristol, Siwan added; “We can take loads from our pre season prep and though we didn’t achieve the results we wanted, we certainly learned so much from those games and we’ve developed so much in the last few weeks.”

A vital job of the team’s back room staff, has been to tailor the daily sessions to fit the needs of the squad and to ensure the best possible preparation.

Cunningham said, “We’ve been increasing our intensity in training every day and the session with the USA gave some of the squad members an opportunity to stake their claim for selection in Sunday’s first game.

“They (Scotland) are a good side and it’s going to be a tough challenge. We need to adjust to the pressures.

“I also believe that our hard work in pre-season will allow us to defend with more aggression and to work harder off the ball.

“We are certainly looking forward to Sunday. That goes without saying.”

Sunday’s Round 1 match v Scotland (Whangarei, 5.45am UK time) will be televised live on ITV and via S4C’s online platforms. S4C will then replay the match in full at 17.15.

Narberth edged out in Neath
Saints prove too strong for Quins