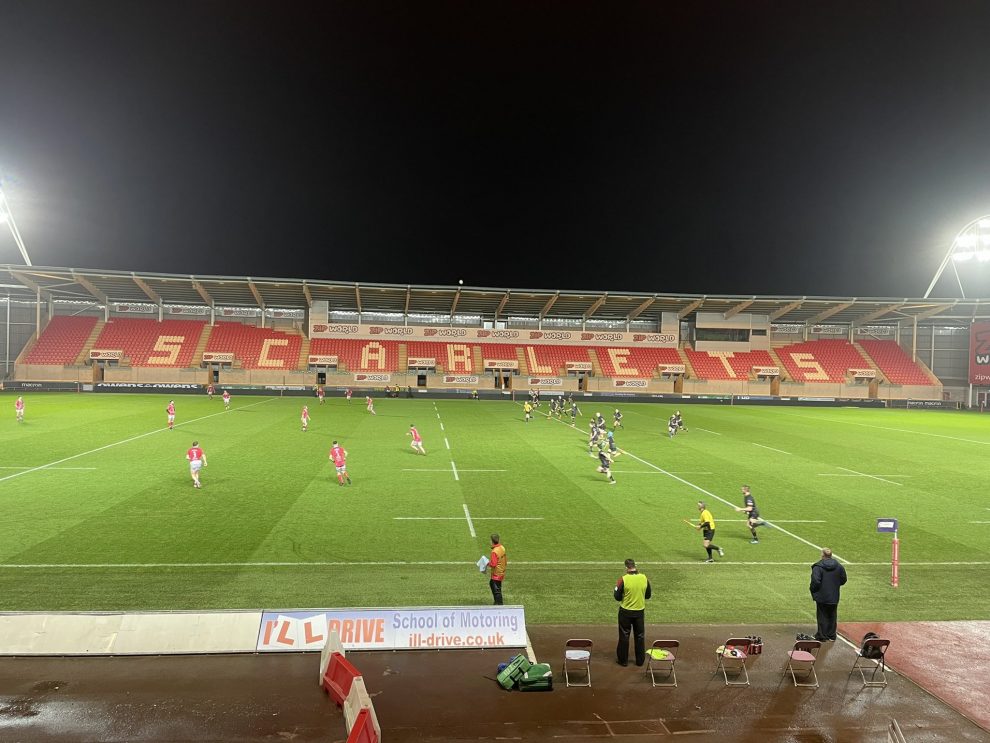 RGC earned their first win of the Indigo Premiership season on Monday (Jan 3) as they beat Llanelli 41-8 at Parc Y Scarlets.

The game was just four minutes when the first try was scored as Rhodri King dived over before Dion Jones added the extras.

Ten minutes later the away side had their second as Rhys Tudor went over with Jones again adding the conversion to make it 14-0.

Midway through the half Llanelli hit back with a try scored by Llew Phillips-Taylor but the conversion was missed.

However, just two minutes after RGC increased their lead further as Jones landed a penalty.

With half an hour gone Jones added another penalty to increase the lead to 5-20.

Shortly before half time Llanelli reduced the deficit as Llew Smith scored a penalty.

Both sides looked to end the half well but it was RGC who held a 20-8 lead when the half time whistle was blown.

The visitors started well in the second half and after working the ball from one side of the pitch to the other it was Dan Owen who touched the ball down under the posts. Jones then added the extras.

Five minutes later RGC had another try as Jones got his name on the score sheet to earn his side a bonus point and he then picked himself up to add the conversion.

Zach Clow was next to get his name on the score sheet as he scored RGC’s fifth try of the game and Jones was again successful with the conversion before being replaced.

That was the end of the scoring as the visitors saw the game out for their first win of the league season.

Both sides are next scheduled for action on Saturday, January 15, when Llanelli travel to Ebbw Vale while RGC host Cardiff.