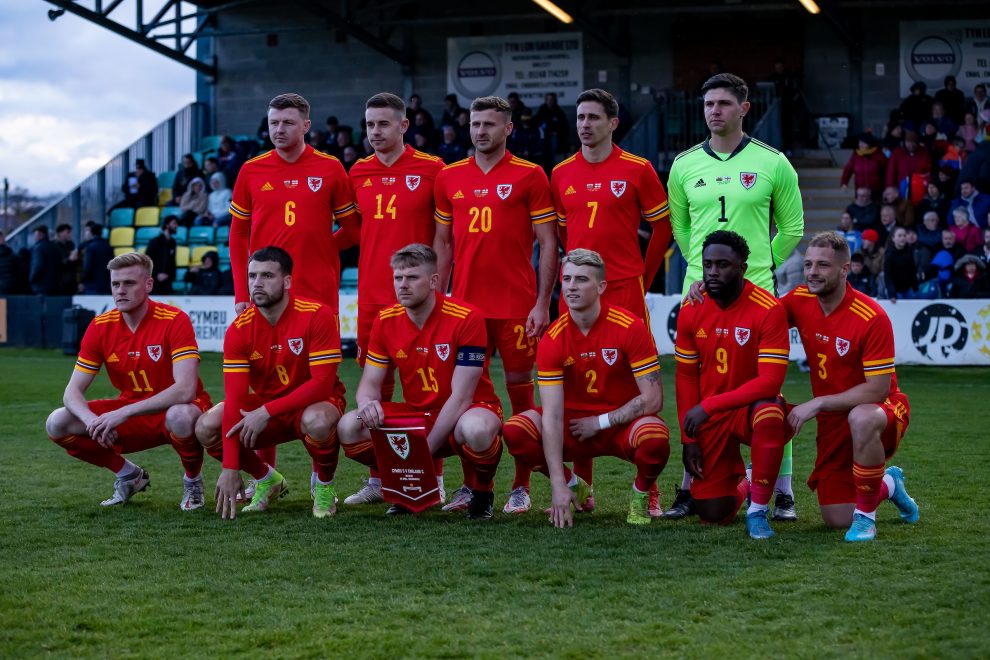 IT was an evening to remember for Cymru C as they secured an impressive 4-0 victory over England C in Caernarfon.

First-half braces from Will Evans and Aeron Edwards ensured Cymru C secured their first win in the third meeting between the two sides at The Oval.

Mark Jones’ side’s first-half dominance was enough to guide them to victory, as more than 1,400 packed out Caernarfon Town’s home to watch players from across the JD Cymru Leagues feature on the international stage.

Cymru took the lead in the opening 10 minutes, as a cross-field pass by Penybont’s Mael Davies found Evans in space in the box. The Bala Town midfielder controlled the ball in one touch before firing into the bottom right corner with his weak foot on his second touch.

The hosts maintained pressure when Kayne Mclaggon fired a ball across the face of goal, but it was unable to find Evans.

England had a penalty shout as tricky winger Roberts claimed to have been fouled in the box by Dion Donohue, but the referee waved play on.

Cymru’s lead was doubled shortly after as Edwards, who had represented Cymru C twice before, picked up on a loose ball following McLaggon’s impressive high pressing before calmly slotting the ball into the back of the net.

Goalkeeper Alex Ramsay was then called into play for the hosts as he was forced to tip a Lewis Harling clearance over the crossbar and out for an England corner.

But they failed to make the pressure count as Cymru doubled their advantage when Edwards fired home Harling’s pass.

Evans was next to secure a first-half brace as he controlled a long throw-in by Mael Davies before bending a left-footed strike into the bottom corner to give Cymru a four-goal lead.

McLaggon came close to grabbing a goal of his own before the break, but his attempt flew wide of the far post.

Cymru were reminded of England’s threat as Wynter fired an attempt which forced a save out of Ramsay.

Mael Davies found space on the right-hand side before finding Clayton Green in the box with a cross, but the latter was unable to direct his header on target.

Ramsay was called into action once again as Billy Watters fired an effort from the edge of the box which the goalkeeper saved before Lewis cleared with a header.

The shot-stopper then made a superb save from a one-on-one with Michael Cheek to ensure Cymru kept the visitors at bay and earned an impressive victory on an evening to remember for the JD Cymru Leagues.