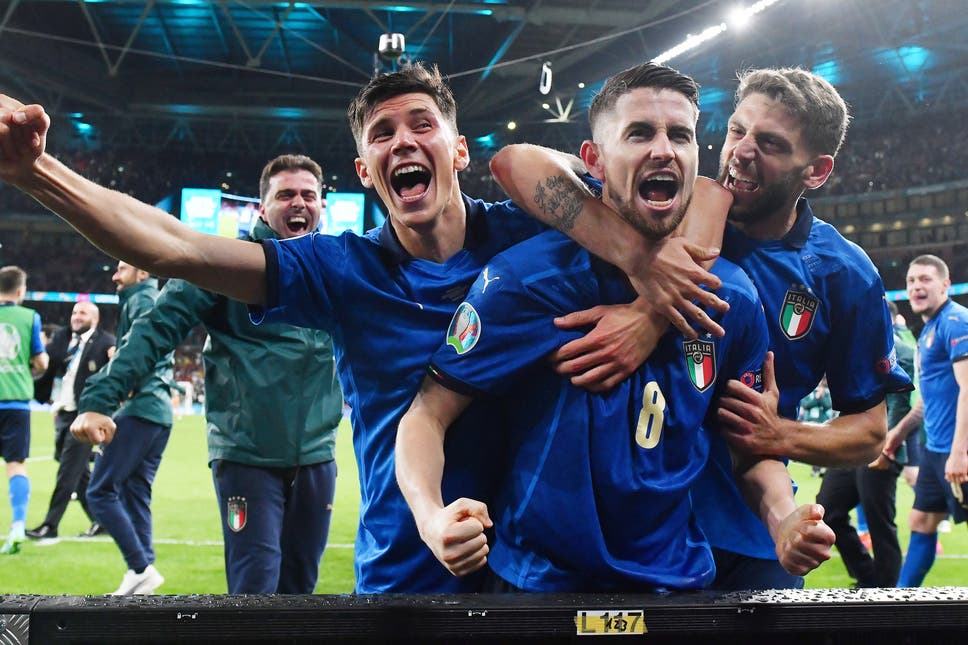 ENGLAND came up short against Italy on Sunday night (July 11) as they lost the Euro 2020 final on penalties at Wembley.

Luke Shaw had given England the perfect start scoring the fastest ever goal in a Euros final and they held on to that 1-0 lead until the break.

However, the Italians, who were one of the favourites to lift the trophy at the start of the tournament, came out strongly in the second half, causing England a number of problems.

They were rewarded with just over twenty minutes to go as Leonardo Bonucci tapped in from close range after a good save from Jordan Pickford.

England looked short of ideas but Gareth Southgate’s substitutions baffled some as Jack Grealish, Jadon Sancho and Marcus Rashford were not brought on until extra time.

Grealish’s arrival in the first half put England back on the front foot but they were unable to create any real chances.

Sancho and Rashford were brought on with penalties in mind with a minute of the second extra time period to go and they had little time to affect the game before the spot kicks.

Jordan Pickford saved penalties from Jorginho and Andrea Belotti but Rashford sent his penalty against the post before Italy keeper Gianluigi Donnarumma saved the spot kicks of Jadon Sancho and Bukayo Saka.

Questions were raised as to why 19-year-old Saka, who plays for Arsenal, was allowed to take the last penalty when the likes of Raheem Sterling and Jack Grealish had not taken one.

Gareth Southgate has taken responsibility for the penalties but he can still be proud of his players who sent England to their first final in 55 years.