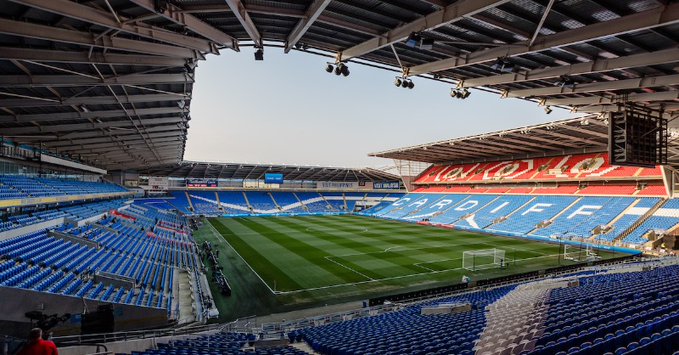 THE Cardiff City Stadium will host the JD Welsh Cup final between Penybont and The New Saints.

The Final will take place on Sunday, 1 May at 4pm, and be broadcast live on S4C and streamed online on the S4C website and Sgorio Facebook page.

While current holders The New Saints secured their place in the last two following a 1-0 win over JD Cymru North side Colwyn Bay at Rhyl’s Belle Vue.

Andrew Howard, FAW Head of Competitions, said: “We’re very pleased that the Cardiff City Stadium will be hosting this season’s Final, which is a showpiece event in the domestic calendar.

“I’m sure it will be a very special occasion for the players and staff to grace the pitch that provided such a memorable evening for the men’s national team on Thursday, and hopefully the feel-good factor encourages people to attend this season’s Final.”