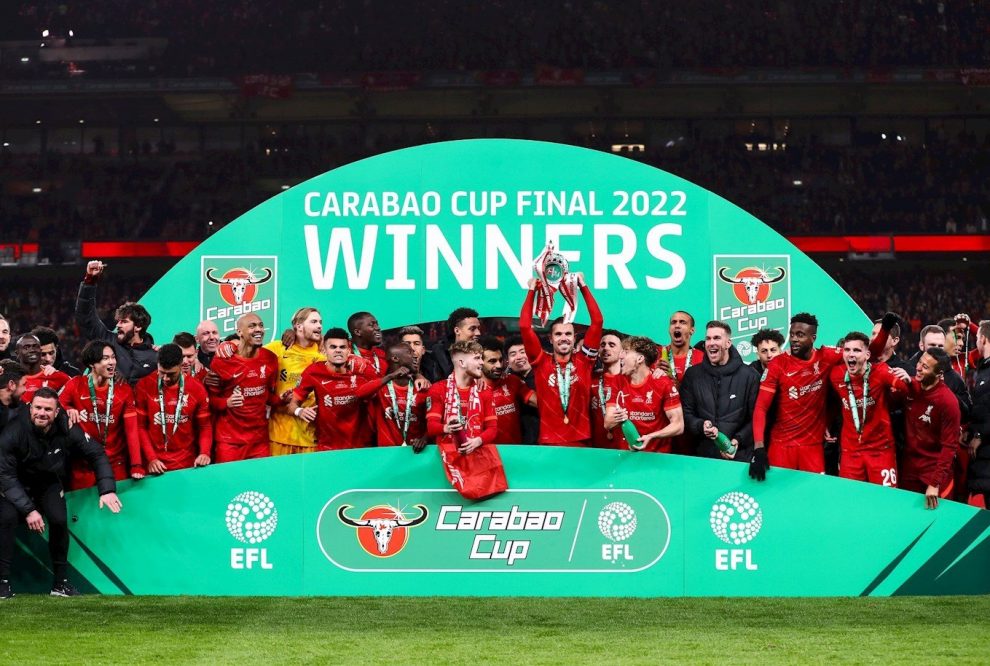 Liverpool won the Carabao Cup on penalties after an exhilarating final against Chelsea yesterday, where Blues keeper Arrizabalaga missed the decisive penalty.

The reds dominated possession from the beginning, but it was Chelsea who were creating the clear-cut chances.

Christian Pulisic had the opportunity to break the deadlock early on, but goalkeeper Caoimhin Kelleher has other ideas and denied the American of the opener. Kai Havertz also went close to making it 1-0.

Mason Mount was then presented with two huge chances both side of half time, but couldn’t find the back of the net as the 23-year-old’s composure lacked in what-seemed to be certain goals, hitting the post on one occasion.

Around the 30 minute mark, Edouard Mendy came to Chelsea’s rescue with a crucial double save. Naby Keita’s low driven shot forced Mendy to the ground, before he boasted his incredible reaction speed to push Sadio Mane’s follow up over the bar.

Mendy was nearly at the forefront of a Liverpool goal though, as Mohammed Salah nearly made it 1-0 to Liverpool after being played-in by Mane.

Thiago Silva came to the rescue with a goal line clearance to keep the score even.

Liverpool then took the lead as Matip headed to ball into the back of the net from a Sadio Mane cross.

However, VAR ruled out the goal after Virgil Van Dijk was found to be impacting the play from an offside position.

Romelu Lukaku was substituted on and managed to score in extra time, seemingly winning the game for Chelsea. However, the goal was ruled offside by VAR.

In the second half of extra time, Chelsea scored AGAIN through Kai Havertz – but yet another goal was ruled out by VAR after being narrowly offside.

The whistle then blew, and the teams headed for a penalty shootout.

After 10 penalties scored each with 0 saved or missed, Kepa Arrizabalaga stepped up to try and equalise Liverpool’s 11th goal, scored by keeper Kelleher.

Kepa sent the ball far over the bar, without touching the target – and Liverpool were crowned Carabao Cup champions.