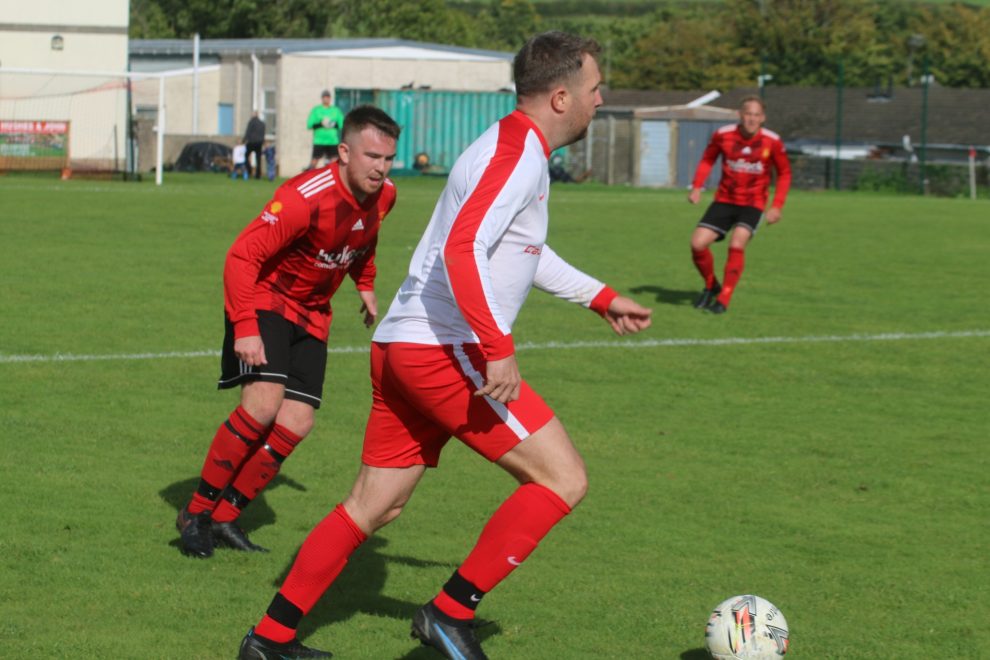 MERLINS BRIDGE seconds earned their first win of the Division 2 season on Saturday (Oct 1) as they came from behind to beat Carew seconds.

Simon Morgan put the Wizards ahead after four minutes but two goals in the space of a minute from Archie Smith put Carew into the lead.

Lee Carruthers scored early in the second half to level the game at 2-2.

On the hour mark Carl Thomas scored Carew’s third goal of the game to put them back in front.

Merlins Bridge equalised though with thirteen minutes left to play through Rhys Corney.

The turnaroind was complete just three minutes later as Tom Gwilliam scored to give the Wizards the lead once more.

They were able to hold on to seal an excellent win.

Elsewhere in Division 2, Tenby earned a 3-2 win at Milford United while Broad Haven and Hakin United seconds played out a 1-1 draw.

Solva and Pennar Robins seconds also drew their game; the final score being 2-2.