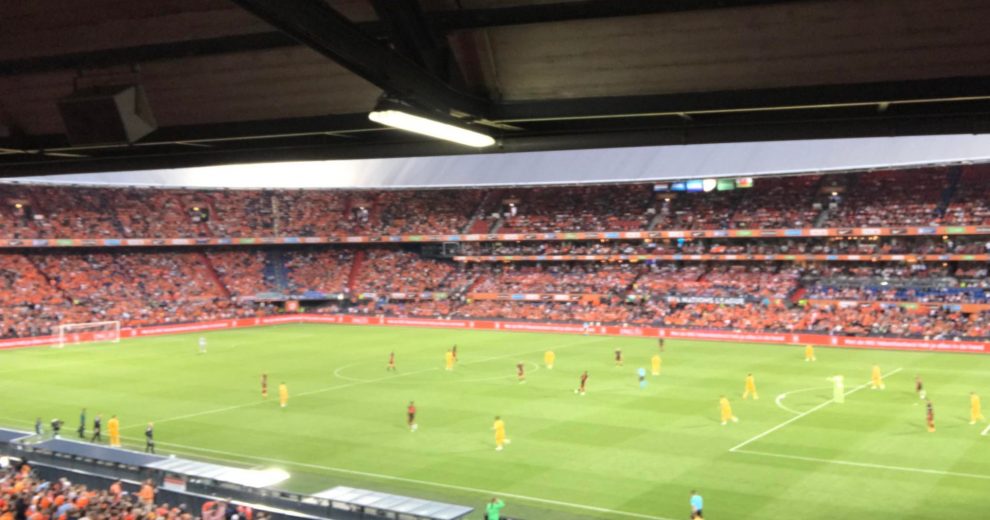 THEY say lightning doesn’t strike twice but for Cymru it certainly does, as within the space of a week Netherlands have secured two late wins from added time goals after Rob Page’s team had fought their way back to level terms.

In Rotterdam, Cymru were awarded an added time penalty kick after Connor Roberts was fouled in the box when heading the ball. Gareth Bale converted the spot kick to make it 2-2 with just seconds left on the clock.  However, Netherlands were quick to strike back and with practically the last kick of the game, Memphis Depay left Cymru stunned when he scored the winning goal.

Just six days before, Wout Weghorst scored an added time winner in Cardiff after Rhys Norrington-Davies headed home an equaliser in the 92nd minute. As Depay’s lightening strike rippled the net, there was a look of disbelief across the faces of the Cymru players and management.

Once again, the match was full of positives as Cymru have proven across the packed June UEFA Nations League schedule that they can compete with the very best teams in Europe, however, they will certainly feel the pain of dropped points.

Early on in this match it started to look like it was a game too far for Cymru as Netherlands deservedly steamrolled themselves into a two-goal lead.

When a Cymru move down the left broke down, it allowed Netherlands to steal possession. On the edge of the box, Noa Lang did well to turn two defenders to open the space to strike the ball past Wayne Hennessey.

They soon doubled their lead after winning possession in midfield to set up another attack. Cody Gakpo set off on a solo run and when he got to the edge of the box was fortunate to see his blocked shot land directly back into his path for a clean strike to make it 2-0.

This Cymru team, however, is full of character and they quickly got themselves back in the match.

When Dan James tracked back to tackle and win possession, his pass to Harry Wilson then saw the ball threaded through into Brennan Johnson’s run. With absolute composure, Johnson scored his second Cymru goal in as many games to make it 2-1.

Both teams continued to create chances and more goals seemed inevitable, queue the finale that left Cymru in despair.

When reflecting on the five games of June, overall, Page will feel encouraged as his team put in some big performances. The matches also presented an opportunity to provide  game time to the majority of the squad.

And of course, there was the small matter of FIFA World Cup qualification.