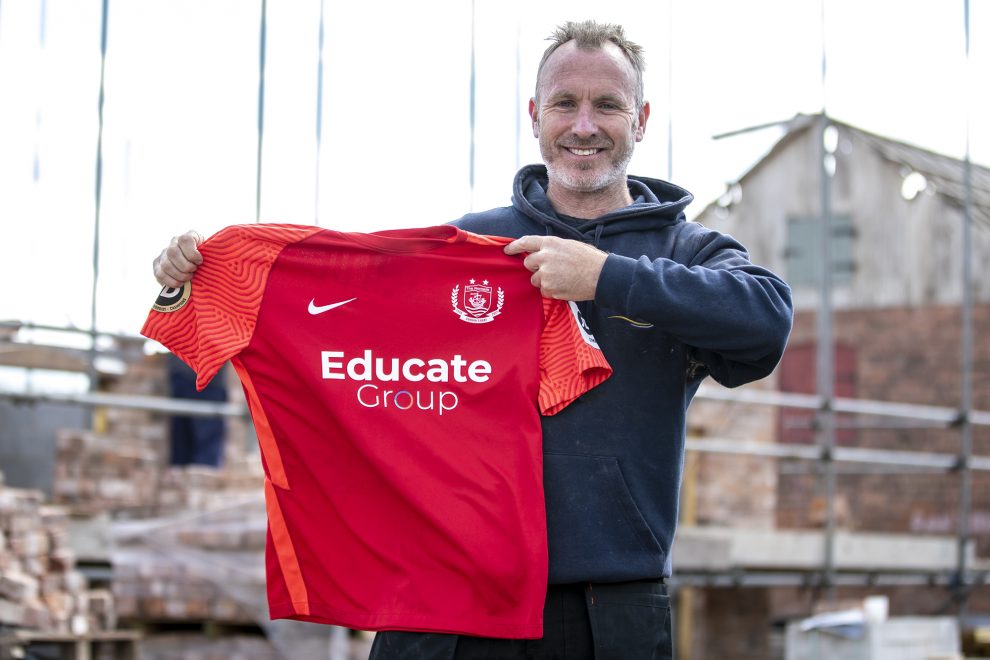 Connah’s Quay Nomads are delighted to welcome Darren Pritchard as a new investor at the club.

Pritchard, an ex-Welsh Premier League player himself, will be taking a significant stake in the club effective from June 1 2022 and will work alongside current owner, Gary Dewhurst.

Pritchard is a successful north Wales businessman, running DP Design and Build, a construction company that has been in operation for over 25 years in north Wales and more recently in Cheshire and Shropshire, with the company currently receiving a newly built website from our own Media Officer, Nik Mesney, which is now live at www.dpdesignbuild.co.uk

Born in Anglesey, Pritchard played for Bangor City and Rhyl in the Welsh Premier League in the 1990’s and in 1999 represented Ynys Mon (Anglesey) in the Island games in a squad overseen by a young Osian Roberts before his days with FAW and Crystal Palace.

The Swedish island of Gotland hosted the tournament and it was the only time in the competition’s history that Ynys Mon have won the competition thanks to a 1-0 victory over Isle of Man.

Owner of the club, Gary Dewhurst commented; “I am absolutely delighted to welcome Darren to the club.

“A mutual friend introduced us last year and the first thing that struck me was Darren’s passion for and knowledge of Welsh football, which is understandable given his background.

“I invited him to a few games last season and we also both attended the recent Women’s NEWFA Cup Final success in Ruthin. He was blown away with the professionalism of the setup and the impact the club has in the local community.

“Whilst the 18 point deduction to the First Team last season was a huge body blow, potentially costing the club hundreds of thousands of pounds, I hope that this positive announcement allows us to put it behind us and focus on a successful 2022/23 season and future for the club.”

On joining the setup at The Nomads, Darren commented: “It’s always been a dream to own a football club as an ex-Welsh Premier player myself, I’m friend with Gary [Dewhurst] and I’ve spoken to him over the last twelve months and he’s persuaded me because of how professional the club is and I’m looking forward to the challenge.

Darren is not only committed to the club as an investor, but he has also committed to playing for our Veteran’s team for the 2022/23 season as well.

Painting Wales Red! Graffiti murals of football stars spring up across the nation
Wales beaten by Poland in Nations League