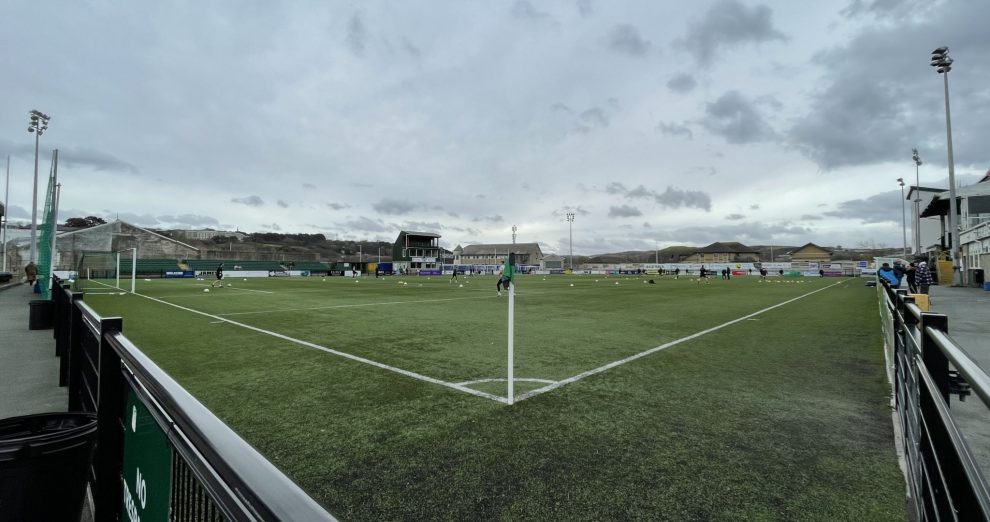 CARDIFF Met scored two goals in the space of three minutes on Saturday (Mar 12) to seal victory over Aberystwyth Town.

Met’s Owen tapped wide at the near post from Chris Baker’s cross, and then back in front of the Dias Stand Lee Jenkins glances over from Phillips’ cross.

Alex Pennock collected Kyle McCarthy’s cross before Lewis Rees fired wide for Met, but with the likes of Bradford, Jenkins and Alex Darlington keeping a tight lid on Aber’s defence, the hosts were also able to threaten.

Steff Davies’s goalbound header was saved by Lang and then Owain Jones appeared to be bundled over in the box, but the referee was unimpressed by home appeals.

Owen saw a low volley palmed wide by Pennock, and a half which was quite low in obvious goal scoring chances ended predictably at nil nil.

After the break, a hitherto even game edged towards the Met’s favour, who benefitted from a strongly gusting wind and enjoyed periods of possession without really testing Aber’s back line.

Tom Price’s deflected effort was easy for Pennock to collect and then Met enjoyed a let off when Jack Rimmer’s deep free kick was nodded on by Harry Franklin, and Bradford was inches wide with a headed attempt at goal – agonising for the Black and Green supporters.

Owain Jones lobbed over for Aber, then Price the livewire was again denied by Pennock.

Then, an utterly bizarre moment swung the game decisively as Emlyn Lewis’ ball forward bounced into the area, over Pennock’s head and incredibly into the net.

The disaster was doubled minutes later when Price’s free kick was parried by Pennock and Owen snaffled up the chance at the back post to double the lead.

Met from here in shut the door at the back and although Darlington’s cute near post snapshot again brought Lang into action, and Pennock denied Owen a second, a thoroughly miserable last quarter of the game ended with Met victorious by two goals to nil.