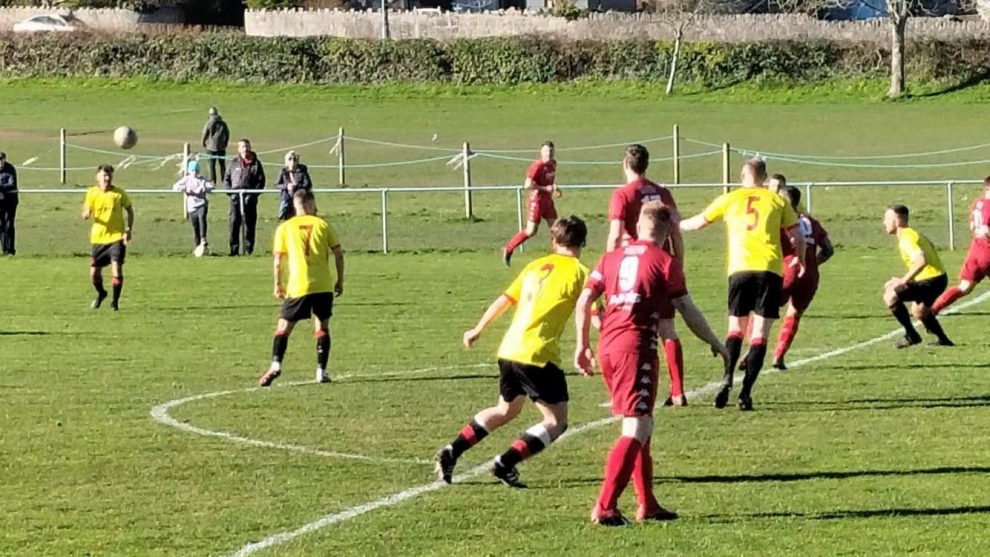 MUMBLES Rangers picked up another valuable win at Underhill Park against the visitors Morriston Town on Saturday (Mar 5) in their latest West Wales Premier League fixture to keep up their hopes of league honours.

It was a hard fought encounter between the two teams with Rangers coming out on top by 2-1.

Rangers were made to work all the way for the points. With 34 minutes played in this game, Rangers broke the deadlock when forward Elliot Smith set up his Captain and talisman Chrissy Allen who scored the opening goal of the game.

No more goals came in the first half 1-0 The second half saw Rangers double their lead with just over an hour of the game played.

Morriston Town had the opportunities in the game but just couldn’t find the finishes they needed.

Morriston did get a consolation goal in stoppage time from Matthew Bennett and the visitors were unlucky not to get anything from the game when they hit the post with virtually the last kick of the game.

The referee blew for full time leaving Rangers to celebrate the win.